Sarah Ferguson, 59, has dubbed herself and the Duke of York, 59, the “happiest divorced couple in the world”. The pair have been seen in Bahrain as Fergie flew out to join her ex-husband and daughter Beatrice for what she called “family time”. A royal aide has said: “The Duke and Duchess of York continue to be good friends and nothing has changed in their relationship.”

Timeline of the Duke and Duchess of York’s relationship

Prince Andrew, the third child of Queen Elizabeth II and Prince Philip, Duke of Edinburgh first met Sarah Ferguson when they were children.

Sarah is the daughter of Major Ronald Ferguson and his first wife Susan Wright.

The pair were not romantically involved until meeting at a party in Floors Castle, Scotland in 1985.

Diana, Princess of Wales had a hand in matchmaking the couple – and Sarah and Diana later became good friends. 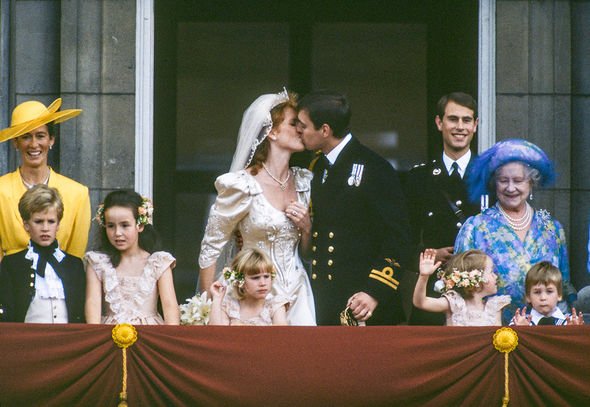 Their engagement was announced to the world on March 27, 1986, and the ring was a Gerrard engagement ring created from sketches he himself had drawn.

The ring is a Burma ruby surrounded by ten drop-diamonds set in 18-carat white and yellow gold.

Four months after the pair had announced their engagement they wed at Westminster Abbey, London.

The wedding was held on July 23, 1986, and some of the male members of the Royal Family played a big part – Prince Edward was best man, Prince Charles read a lesson and Prince William was a page boy.

The couple took undertook a 25-day-tour of Canada together a year after their wedding in 1987.

They also visited California on a royal engagement in March 1988.

On August 8, 1988, the couple became parents when daughter Beatrice Elizabeth Mary was born. 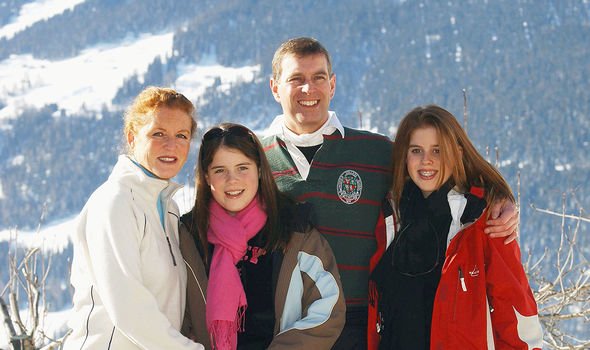 Their second child, Eugenie Victoria Helena was born on March 23, 1990.

On March 19, 1992, the Duke and Duchess of York announced their separation – with the Duke’s long periods of time away from home cited as a reason why by biographer Sarah Bradford.

After four official years of separation, the pair divorced in May 1996 and shared custody of their children.

Their divorce was an amicable one, despite some controversy surrounding Sarah’s topless sunbathing with American financial manager John Bryan in 1992. 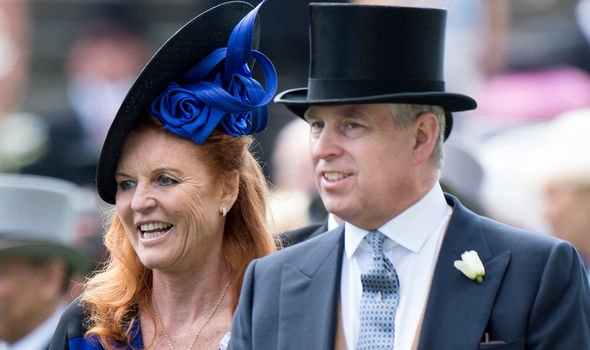 Prince Andrew’s aunt Princess Margaret reportedly wrote in a letter to the Duchess: “You have done more to bring shame on the family than could ever have been imagined.”

Despite this, Sarah has attended royal functions with her daughters and even stayed at Balmoral Castle with Prince Andrew and Beatrice and Eugenie in August 2013.

Now the pair have enjoyed “family time” as Sarah called it on social media, in Bahrain with daughter Beatrice and her boyfriend Edoardo Mapelli Mozzi.