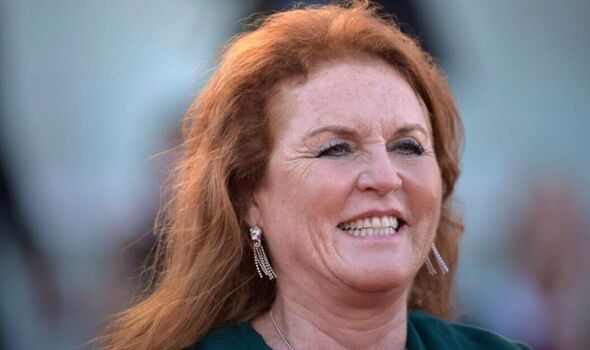 The former wife of Prince Andrew, Sarah Ferguson, is set to join King Charles and other senior members of the Royal Family at, Sandringham, to mark the first Christmas since the death of Queen Elizabeth II. Sarah is grandmother to Princess Beatrice’s daughter Sienna, one, and Princess Eugenie’s son August, also one.

She spoke to Hello! Magazine about her role in the Royal Family’s festivities.

“I’m so proud of my children as mothers, I really spoil them every day. When it comes to gifts for the grandchildren, I often buy them toys that I like myself.

“When my girls were growing up, I used to get them Barbies and we would spend hours playing with them. At the moment, August is into trucks and train sets.”

The writer and personality lives at Royal Lodge in Windsor with her ex-husband Andrew.

The former couple were married in 1986 but announced their separation in 1992, finalising their divorce four years later.

Despite the split, Sarah and Prince Andrew, 62, remain on good terms and frequently visit their daughters for special family occasions.

Sarah has previously described Eugenie and Beatrice as “phenomenal mothers”, and revealed the sweet bond she has formed with baby August.

“My children are phenomenal mothers.

“They were great children but now they’re phenomenal mothers. And now, I have these two exceptional grandchildren all in one year.”

It comes as the Duchess of York spread some Christmas cheer by accompanying a group of Ukrainian refugess in the UK.

She spoke to the publication about her visit to Winter Wonderland in Hyde Park with the refugees.

“I’m very lucky to have them here because this is what I love to do.

“Every minute with them, I am so grateful for everything I have in my life. I’m thrilled they have had such a good time today.

“It touches my heart to be here with them – it makes me very emotional.”

Sarah had met the 14 students – who ranged in age from 12 to mid-30s – several times during trips to Eastern Europe to help those affected by war.

Clearly close to the choir, she greeted each of them individually by name before giving them warm hugs.