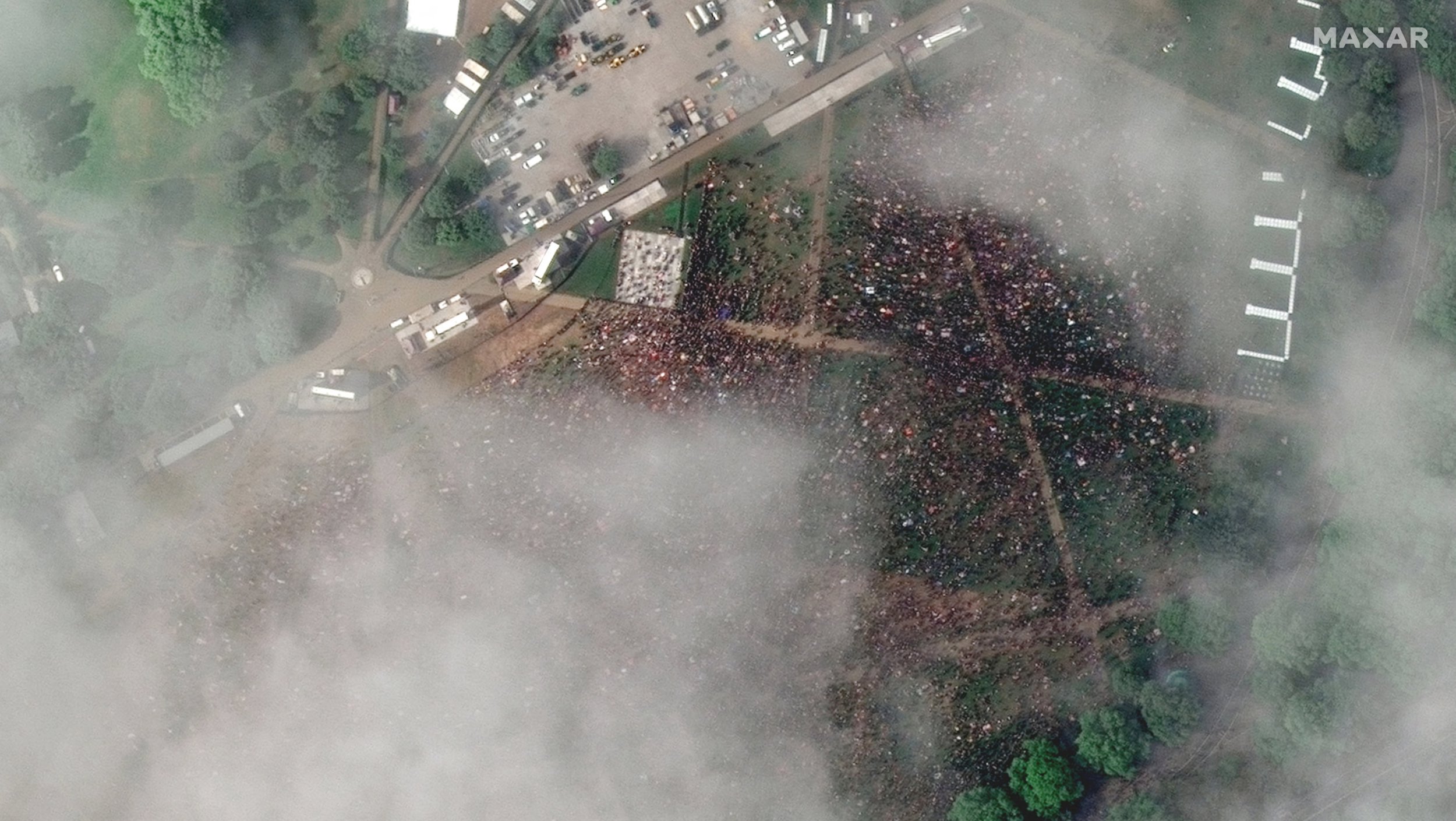 Incredible pictures from the sky show the sheer number of people who turned out to say goodbye to the Queen for one final time.

Thousands lined the streets in central London yesterday to view the funeral procession of Queen Elizabeth II as her coffin entered and left Westminster Abbey.

The historic day marked the end of the national mourning period and allowed both the Royal Family and members of the public to bid a final farewell to Her Majesty in the grandest way.

The lead-lined oak casket was pulled down The Mall by Royal Navy sailors on a gun carriage.

Well-wishers stood along The Mall, in Horse Guards Parade and in Hyde Park hoping to catch a glimpse of the coffin as it travelled through the capital’s streets.

Members of the Royal Family including King Charles III, princes William and Harry and their wives, and even the Queen’s great-grandchildren Prince George and Princess Charlotte, walked behind the coffin as part of the procession.

The emotional state funeral – which saw a security operation bigger than the 2012 Olympics or the Platinum Jubilee – saw around 2,000 guests attend the service in Westminster Abbey.

The service was led by the Archbishop of Canterbury, Justin Welby, who concluded his sermon with the words, ‘We’ll meet again,’ echoing the wartime song by Vera Lynn which was adopted by the Queen as a message of support during the Covid-19 lockdowns in the UK.

Ms Truss read a verse from the Bible before royals, dignitaries and world leaders all stood to sing ‘The Lord’s My Shepherd’ – a hymn sung at both the Queen’s wedding and her dad King George VI’s funeral.

After the Queen left Westminster for the final time, spontaneous applause and cheers rang out as the coffin travelled through the streets of west London towards Wellington Arch.

The casket was then transferred to a hearse which drove to Windsor along A-roads instead of motorways, to allow people to view it as it passed.

Another procession at Windsor Castle greeted the hearse’s arrival – with thousands lining the Long Walk to watch – and the coffin was brought into St George’s Chapel for a televised committal service.

Led by the Dean of Windsor, the service saw the chapel’s choir sing, the Crown Jewels be moved from the Queen’s coffin to the altar, and the Queen’s wand of office snapped.

The coffin was lowered into the Royal Vault and was seen in public for the final time.

The Royal Family confirmed the Queen had been laid to rest beside her husband, Prince Philip, through the release of a sweet previously unseen photo.