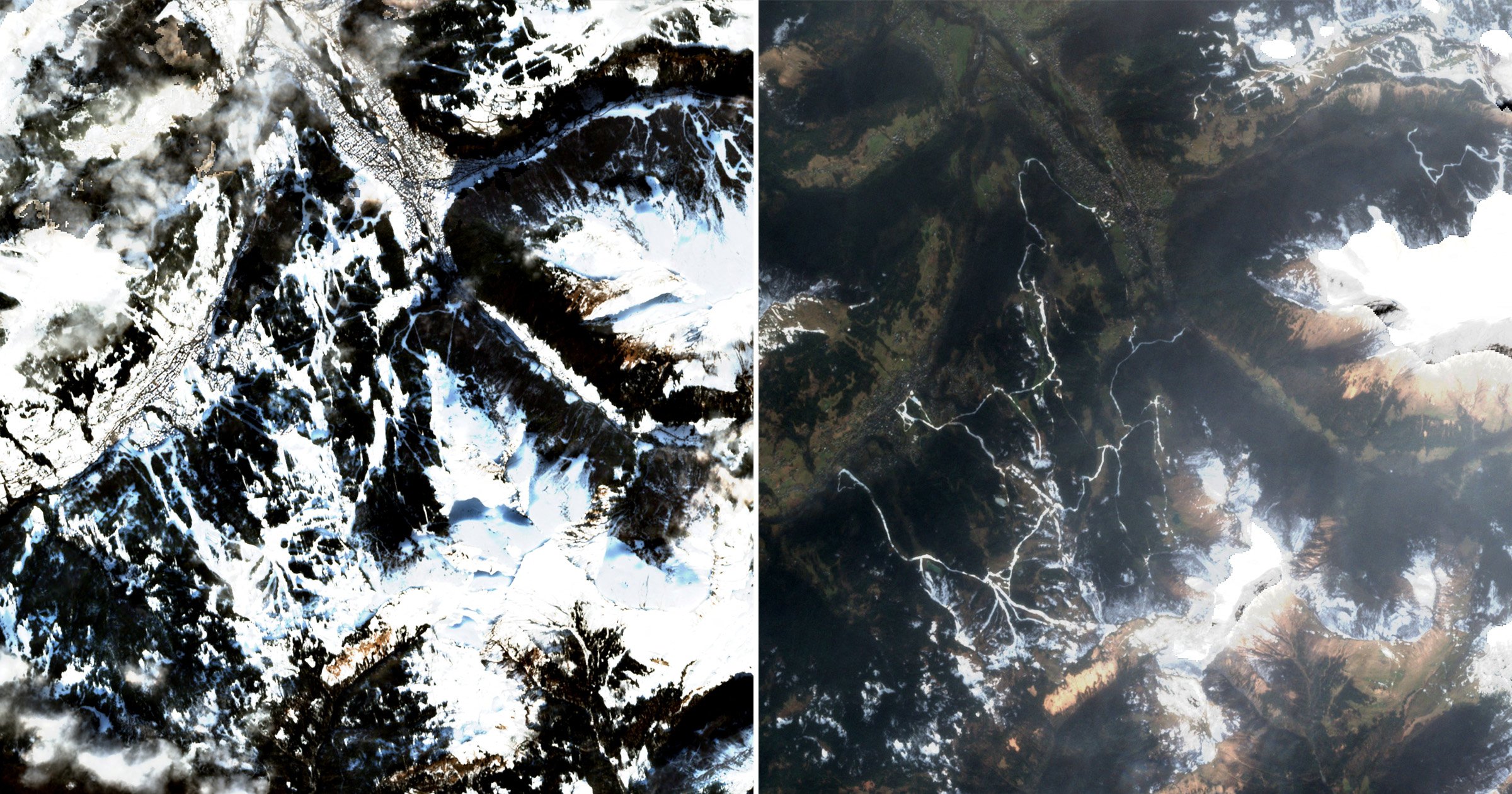 A sliver of snow flanked by brown, grassy hillsides isn’t what most people picture when thinking of a ski resort.

But this is all that remains in several winter getaways in Europe amid a record-breaking wave of unseasonably warm winter weather.

The heat has been especially felt through France to Poland, with the iconic Alps mountain range right in the centre.

Dirt and grass were all that remains of skiing spots such as France’s Chamonix, Innsbruck in Austria and Crans-Montana in Switzerland.

Ski centres in the northern Alps and French Pyrenees have closed altogether due to a lack of snow.

The Ax 3 Domaines ski station along France’s border with Andorra has shut while Le Gets and Morzine in Portes de Soleil have both closed all but two runs.

Only high-altitude slopes above 2,000 metres have been dusted by snow in recent weeks.

Offering a front-row seat to the growing impact of climate catastrophe, snow cannons were lugged out at the Peyragudes ski resort in southwestern France in a desperate attempt to cover the brown tracks white today.

This isn’t anything new – ski slopes have long used fake snow to prolong the season.

But some slopes, such as in Chamonix, can’t even do this as the mild temperatures have led to the water needed to fuel the cannons being in short supply.

Across Europe, countries have seen the mercury rise to heights not typically seen over winter as a swirl of warm air flowing from western Africa sweeps the continent.

Poland, Denmark, the Netherlands, Latvia, Lithuania, Belarus and the Czech Republic have all seen record-breaking temperatures this month.

This has raised anxiety levels among ski operators and locals reliant on the tourism they bring that climate change could soon make the snowy mountains a thing of the past.

The sight of a snowless mountain is going to get more common in the decades to come, the Swiss Institute for Snow and Avalanche Research says.

By the end of the century, low-lying ski stations won’t have enough snow to stay open. These areas, especially on the Swiss Plateau, have seen less snow over the last 30 years.

Dr Fredi Otto, a senior lecturer at the Grantham Institute – Climate Change and the Environment at Imperial College London, has a good idea why.

‘One of the risks of unusual winter heat like this is that it can cause plants to start growing earlier in the year, making them vulnerable to frosts, as we saw when much of the French grape harvest was lost in 2021.

‘As long as greenhouse gas emissions continue, heatwaves like these will become increasingly common and severe.’