No Time To Die: Royal family arrive for world premiere

Charles and Camilla joined the Duke and Duchess of Cambridge for the royal premiere of the 25th James Bond film, No Time to Die, at the Royal Albert Hall in September. The royals trod the red carpet with Bond actor Daniel Craig, Dame Judi Dench and Grammy Award winner Billie Eilish.

The sum has been described as “scandalous” by a campaign group which wants to abolish the monarchy and replace the Queen with an elected head of state.

Republic chief executive Graham Smith told Express.co.uk: “It’s impossible to know how anybody could spend £32,000 on a trip to the cinema. How can they possibly explain that?

“It’s possible Prince Charles turned up with big bagfuls of popcorn, but even that would struggle to run up a bill of £32,000. It’s scandalous.

“They are stretching the definition of an official engagement.” 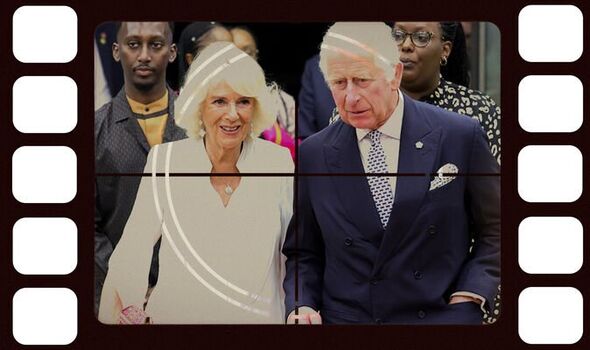 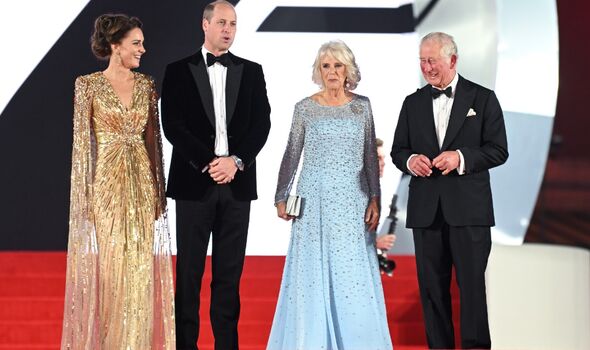 The total travel bill for the monarchy’s official duties, funded by the taxpayer through the Sovereign Grant, came to £4.5 million in 2021-2022.

It rose by £1.3 million – about 41 percent – from the previous financial year as the royals once again embarked on overseas tours amid the lifting of Covid restrictions.

Charles’s charter flight to Barbados to mark the country’s transition to a republic – and his staff’s scheduled air travel for the event – came to more than £138,000.

The Prince of Wales and his son William are well known supporters of green causes, but Mr Smith accused the pair of hypocrisy. 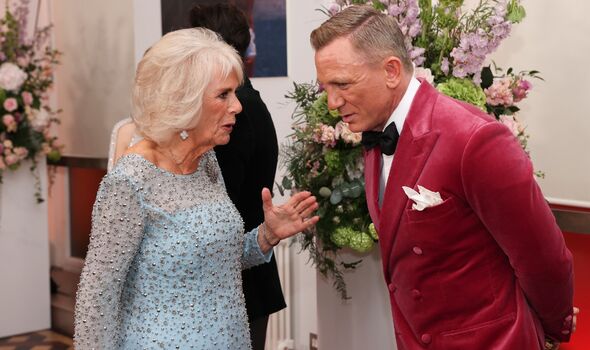 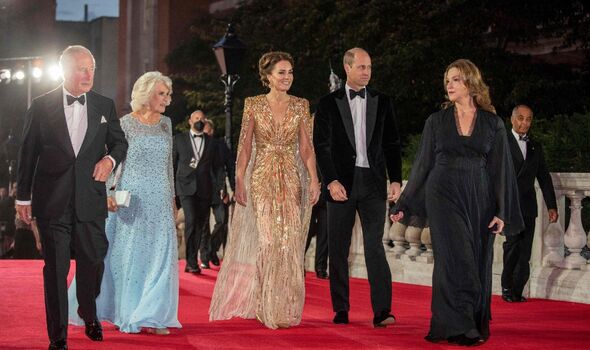 He said: “They are weapons grade hypocrites. It’s extraordinary they have the nerve to lecture anybody about the environment when they take charter flights and helicopter rides whenever they wish, then tell the rest of us to change our lifestyles. They need to take a long, hard look at themselves.”

However, royal aides have revealed Charles has personally spearheaded a switch to the use of sustainable aviation fuel on royal flights in a bid to combat the environmental impact of royal family’s globe-trotting.

Sir Clive Alderton, the prince’s principal private secretary, said: “The prince has personally driven the move to the use of sustainable aviation fuel, which is now used for all official travel wherever possible.”

Charles took a charter plane and a helicopter for his trip to Belfast and around Northern Ireland in May 2021, at a cost of more than £29,600.

The prince and the Duchess of Cornwall also flew by helicopter in July on their annual visit to Wales, with the bill coming to £15,920.

Charles also took a helicopter trip for the 70-mile journey from London to RAF Brize Norton in November ahead of his official visit to Jordan and Egypt.

The total travel costs for the trip – which saw Charles and Camilla journey to Amman, Cairo and Alexandria – came to in excess of £123,500. 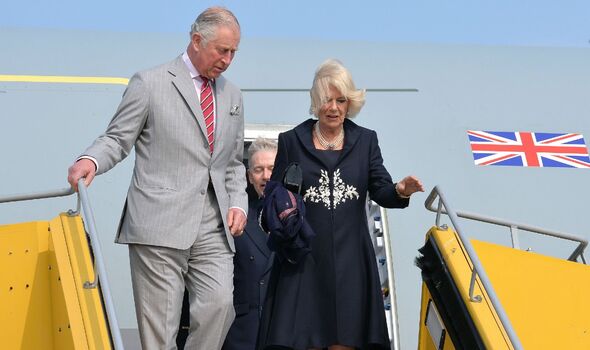 This included a charter plane, helicopter and scheduled flights for staff.

William and Kate’s trip in March to Belize, Jamaica and the Bahamas was the most expensive, official royal tour of 2021-22.

The trip, heavily criticised for images which smacked of “colonialism”, saw the couple travel by charter jet – and their staff by scheduled flights for a planning trip – at a cost of £226,383.

On the view the royal family generates income for the UK through tourism, Mr Smith said: “Even if that were true, which is isn’t, they are public officials and it’s a public institution.

“Even if they did bring in money, it doesn’t justify spending £32,000 going to the cinema. If this were a Government minister, they would be slung out of parliament already.”