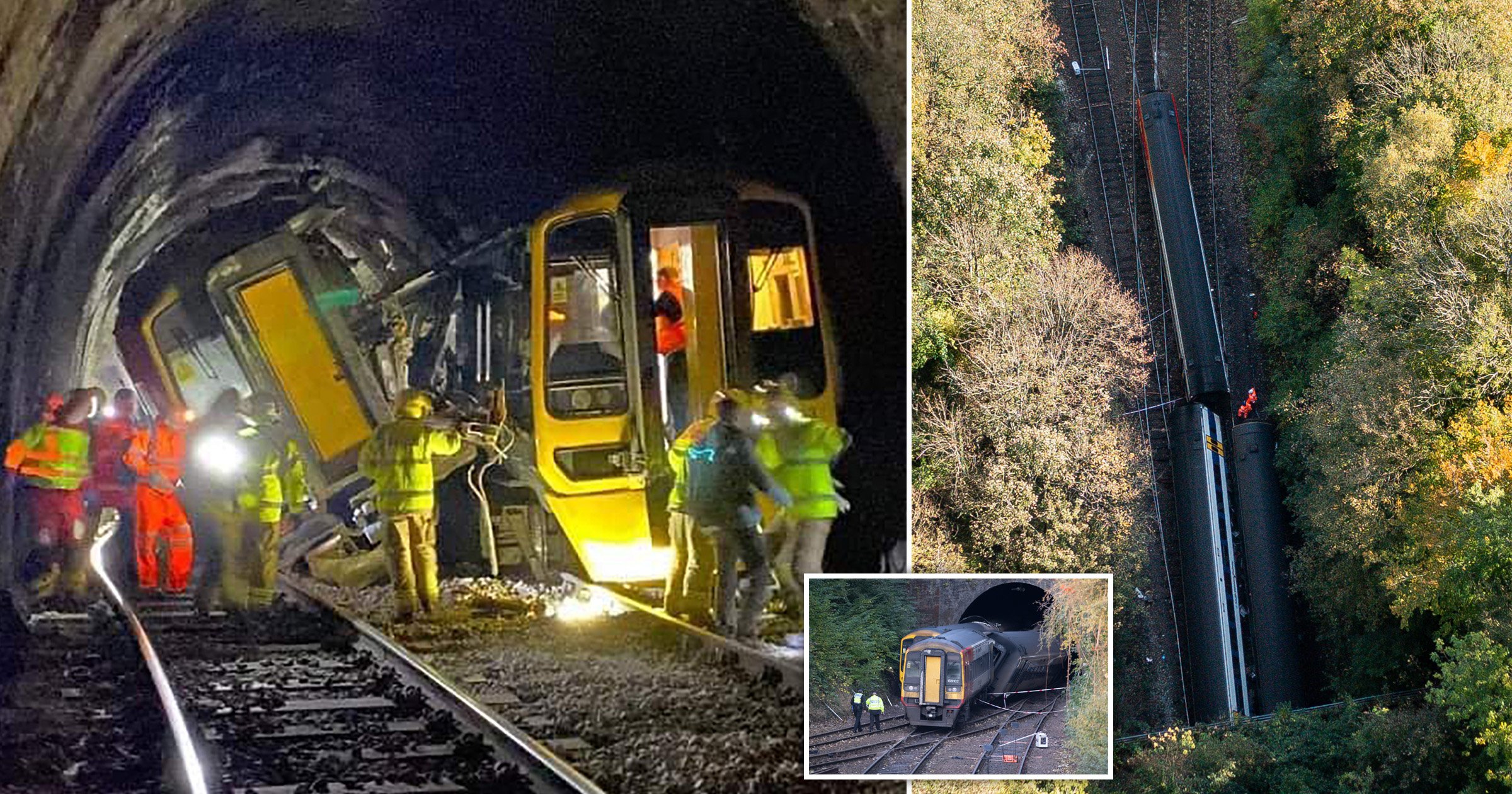 Victims of a train crash which injured 17 people were so terrified in the aftermath that they called their parents to tell them they loved them.

Passengers were thrown from their seats when a Great Western train collided with a South Western Railway service inside a tunnel near Salisbury on Sunday evening.

The rear carriage on one of the trains is understood to have derailed after hitting an object, after which damaged signalling reportedly allowed the second train to crash into it.

Around 120 people including a newborn baby were evacuated by firefighters, while one of the drivers, who suffered a broken angle, had to be cut out of his cabin.

Families out trick-or-treating nearby described the sound of the crash as ‘like a bomb going off’.

A schoolboy standing in one of the carriages said he ‘felt a jolt and everything went black’.

Callum Stedman, 16, told The Sun: ‘We all landed on each other and the train was at 45 degrees on its side.

‘A girl landed on top of me and I hit my head on a pole. Outside the door there was a big fireball and there was smoke and then there was lots of smoke and lots of fuel and that’s when everyone started panicking.

‘Then lights started coming on from people’s phones and we started looking around, you see people with broken noses and black eyes and blood dripping.

He said he initially feared a terror attack, adding: ‘It was really scary, lots of people started taking videos saying ‘mum and dad, I love you’, scared they were going to die.’

‘It was just really scary, the smoke was the worst part because you thought it was going to catch fire and you would die.’

Network Rail have been urged to explain why red lights in the area did not kick in and alert the driver of the second train that the track was blocked.

A senior Network Rail engineer who had seen details of how the crash unfolded told MailOnline that the GWR train’s derailment should have triggered an ‘automatic obstruction warning’ to stop any other trains from going within a one mile radius.

The engineer added: ‘According to my system, the signalling system was aware seven minutes before impact. It should’ve automatically stopped the train.

‘It should’ve automatically set all signals to red. If the driver didn’t see the signal, the system should’ve made the train stop.’

British Transport Police confirmed there were no fatalities but a ‘small number’ of people, including the driver of one of the trains, were taken to hospital to have their injuries assessed.

Great Western Railway (GWR) said the railway in the area would remain closed on Monday as ‘specialist teams continue their investigations’.