A statue of British imperialist Cecil Rhodes at Oxford University has drawn criticism for decades. Now some academics said they would refuse to teach at the college where the statue sits. 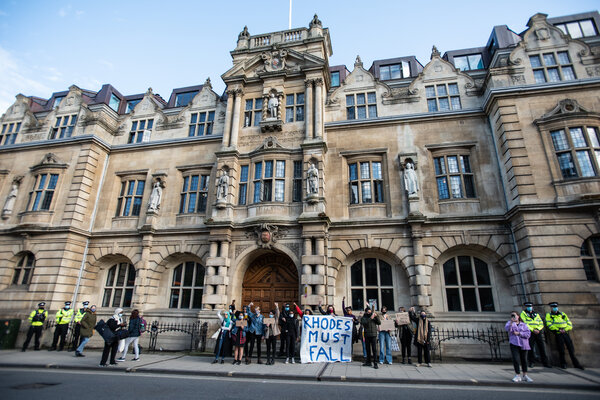 A long-running controversy at Oxford University over a statue of Cecil Rhodes, the British imperialist seen by many as an architect of apartheid in South Africa, gained new momentum this week after more than 150 academics said they would refuse to teach students of the college where the monument sits.

The scholars sent a letter to the college saying they would refuse requests from Oriel College, one of the 39 self-governing entities that make up the university, to give tutorials to its undergraduate students and to attend or speak at events the college sponsored, among other measures.

“Faced with Oriel’s stubborn attachment to a statue that glorifies colonialism and the wealth it produced for the College, we feel we have no choice,” they wrote in the letter seen by The New York Times.

The boycott is the latest high-profile protest in a complex reckoning taking place in Britain and several other European countries over their colonial and slave-trading pasts. In museums, public spaces and schools, a long-running discourse arguing that colonizing forces brought “civilization” to African countries is changing, with many critics arguing too little is being done to confront the past.

On Wednesday, some students of Magdalene College at Oxford University removed a portrait of Queen Elizabeth II, the reigning monarch, arguing that the British monarchy represented colonial history.

The British government has mostly resisted such calls, and a cabinet minister vowed earlier this year to “save Britain’s statues from the woke militants.”

“What has stood for generations should be considered thoughtfully, not removed on a whim or at the behest of a baying mob,” Robert Jenrick, the minister, said in The Telegraph.

In the wake of the Black Lives Matter protests, thousands of demonstrators gathered in Oxford last June to demand that the statue of Rhodes be taken down. Protesters across Britain also targeted monuments dedicated to Winston Churchill, and in Bristol, demonstrators toppled a statue of slave trader Edward Colson, whose profits played a large role in building the city. The statue, which was dumped into the city harbor, is now exhibited in a museum. 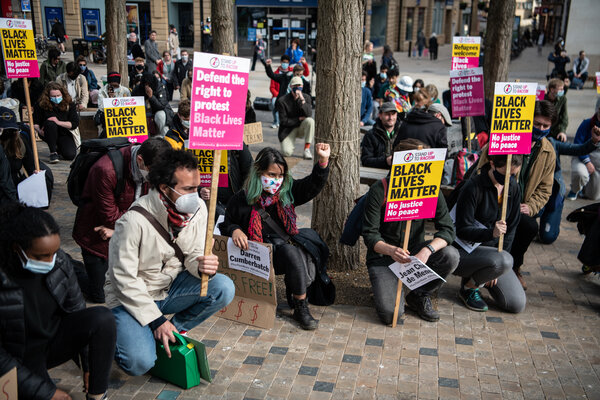 Cities like Bristol in England or Bordeaux and Nantes, on France’s Atlantic coast, have been forced to acknowledge that they flourished through the enslavement and forced labor of many. Belgium has sent its “deepest regrets” to the Democratic Republic of Congo for the millions of deaths and devastating damages it caused during decades of colonization, and local authorities in the city of Antwerp removed a statue of King Leopold II, who was behind the colonization.

At Oxford, Oriel college has for years dithered over the fate of the Rhodes statue, which is a prominent feature of its main building on one of Oxford’s largest streets. While Oriel College’s governing body has said it supported its removal, the college announced last month that it would not remove the statue, citing financial concerns and arguing that the operation “could run into years with no certainty of outcome.”

Instead, it pledged to raise money for scholarships aimed at students from South Africa, and to set up an annual lecture on Rhodes’ legacy, among other initiatives.

“We understand this nuanced conclusion will be disappointing to some, but we are now focused on the delivery of practical actions aimed at improving outreach and the day-to-day experience” of Black and minority ethnic students, the college provost, Neil Mendoza told The Telegraph.

(In addition to serving as the college provost, Mr. Mendoza sits in the House of Lords, Britain’s Parliament’s upper chamber, as a conservative lawmaker.)

Simukai Chigudu, an associate professor of African studies at Oxford University and one of the academics who initiated the boycott, said Oriel College’s counteroffers were insufficient.