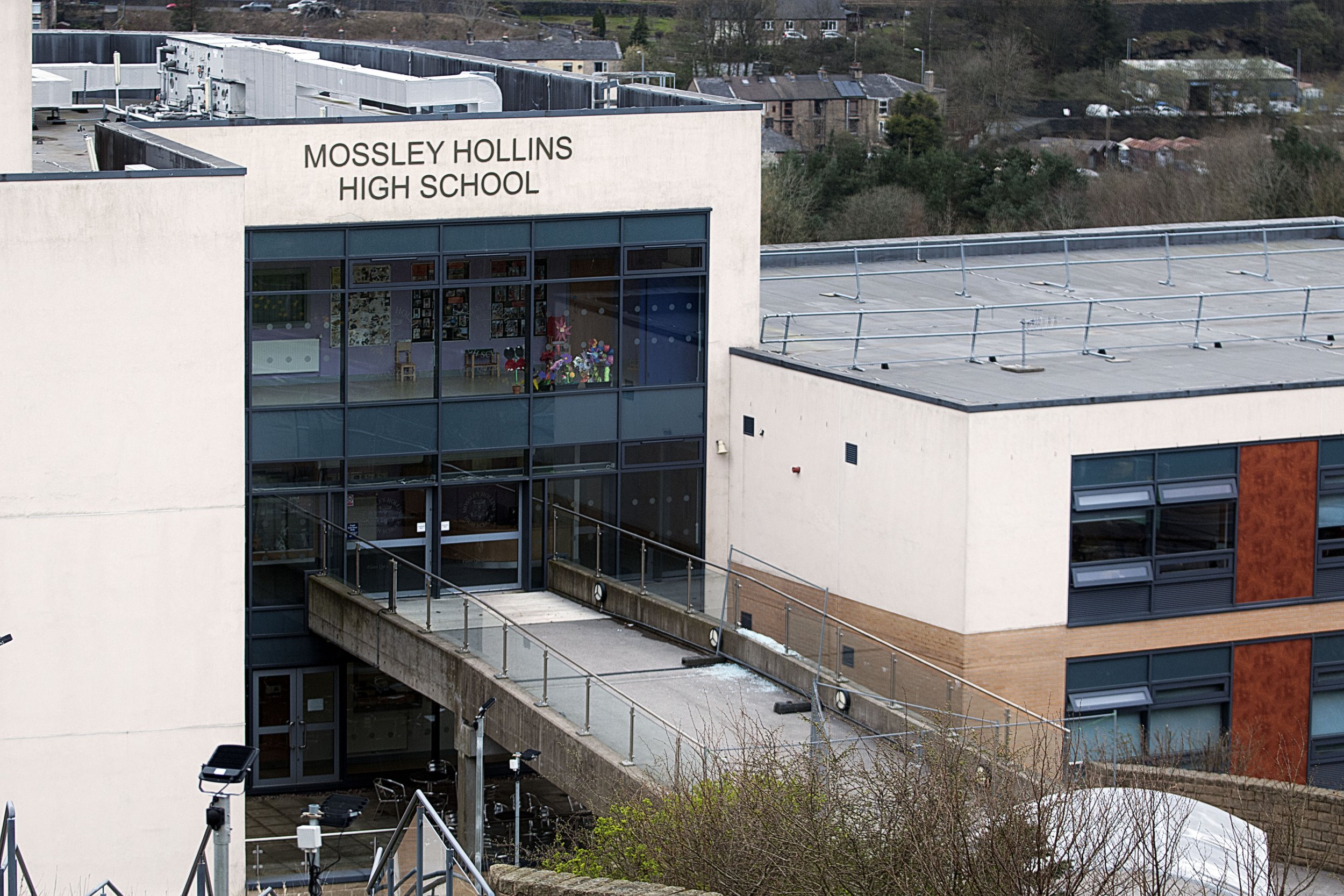 A school near Manchester has banned its pupils from any physical contact with each other whatsoever, including hugging and play fighting.

Mossley Hollins High School brought in the ‘no contact’ rule stating that ‘no student should ever be touching another student’.

This includes a ban on ‘carrying of other students, cuddling, or play fighting’, including during their breaktime and lunch hour, saying this will ‘not be tolerated’.

The school on Huddersfield Road in Greater Manchester said it had brought in the rule to ‘further improve our positive school culture’.

However, its introduction has proved controversial with many saying it is overly ‘harsh’ by giving such a blanket ban.

And following the media attention, the school has issued a statement defending itself saying that the media should focus on ‘real stories’ such as the maturity of Year 11 pupils during exams.

Drew Duncan, chief executive of the Tame River Educational Trust and the school’s former headteacher, wrote that the policy had been in place for years and had merely been formalised now.

He said that many pupils were struggling with behaviour after years of lockdown and ‘aren’t quite sure how to make friends appropriately or how to respect the personal space of others’.

‘So, all we have done, is turn our 25-years of good practice into an easy-to-follow rule to help our younger students pick up on what our primaries would normally have had the time to show them.’

He said the school was not planning to back down on the policy and ‘will certainly be continuing with this in the building and in movement to lessons as the atmosphere is even more calm, friendly and kind than before’.

But he said: ‘We will be keeping an eye on it in the grounds to see its impact on healthy play and dialogue.  So far, we are noticing the difference for the better and we appreciate the many messages from supportive parents.’

Emma Halpin, who left the school in 2019, says ‘nobody seems to be in favour’ of the no contact directive.

She said: ‘I used to go to the school, and I still know people there. Nobody seems to be in favour of it, from what I have seen.

‘A lot of students feel pressured with the rules so far.’

In a regular newsletter posted on the school’s website, the school said the rule was brought it to ensure that students ‘feel safe in school’, have ‘a supportive environment in and outside of lessons’, ‘demonstrate mutual respect and are kind to each other, have ‘positive attitudes towards each other’, and have ‘healthy relationships with their peers’.

The page explaining the new rule said: ‘What does “no contact” actually mean for our students?

‘Always be safe by being careful and showing courtesy. No toy fighting or rough play. Never push or pull others. Keep your hands and feet to yourself.

‘Physical contact and verbal abuse to others are not permitted.

‘No jumping on each other, cuddling and no carrying of each other. No throwing of any objects. No holding places or jumping in line when queuing for lunch. Sit properly on benches and do not overcrowd.’

It continued: ‘This new rule has been made very clear to all of our students so that they all understand. Teaching and support staff have led presentations this week explaining our expectations so that every student understands why we are implementing this rule.’

But comments on social media asked if students could even provide first aid to an injured child, or if they would be allowed to hug a friend to comfort them.

Another added: ‘This is one of the most ridiculous things I’ve ever seen in my life! Wow! Teaching children not to show affection to their friends is a sure fire way to give them problems down the line.

‘If my child went to this school I would be absolutely fuming.’