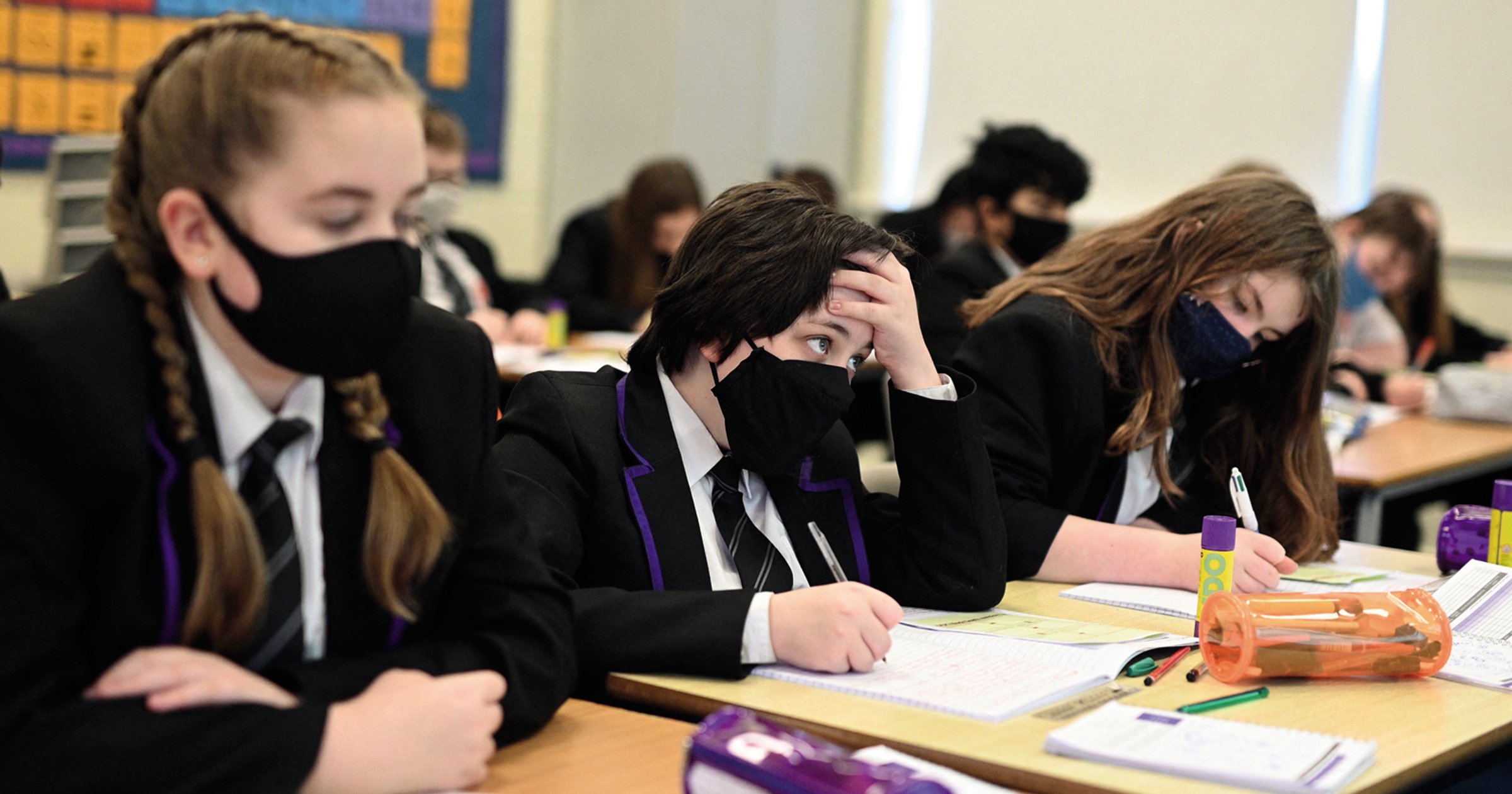 The school day in England could be extended by half an hour to help children catch up following the coronavirus crisis.

The £15 billion plan aims to target an increase in the ‘three Ts’ — extra time, teaching and tutoring, reports say.

If implemented, the proposals would see children in school for a minimum 35 hour week, which would translate to an extra 100 hours of schooling a year from 2022.

Additional tutoring for five millions pupils and more training for 500,000 teachers is also being proposed, according to a leaked presentation of the plan devised by Sir Kevan Collins, the government’s education recovery commissioner.

His proposals, seen by The Times, also hint that an additional year of sixth form should be considered if A levels are not completed on time.

It comes after a year of unprecedented disruption to education, sparked by the Covid-19 pandemic.

Much teaching has taken place from home since the outbreak began, while 2019’s summer exams fiasco and the U-turn on returning to in person teaching earlier this year also disrupted schooling.

Sir Kevan’s report is said to warn that Government inaction could cost some £1.5 trillion – 100 times the cost of his proposed three-year package.

But the Treasury is thought to only be offering £1.5 billion, one tenth of what is thought to be needed to help education recover from the crisis.

A Whitehall source told the Times that nothing had ‘changed fundamentally’ since an April 15-dated 56-page presentation based on the report emerged.

Pupils have missed almost half a year of in-person schooling, with the report highlighting that UK had one of the longest closures of schools and universities in all of Europe.

Schools are expected to have some freedom over how they would extend their timetables, but adding the extra 100 hours evenly would equate to roughly 30 minutes extra a day.

The report also calls for teachers to be paid more for the work.

Geoff Barton, general secretary of the Association of School and College Leaders, told the Times: ‘The devil will be in the detail of any extended-day proposals: we know that quality of teaching is more important than quantity.’

A Department for Education spokesperson told Metro.co.uk: ‘The government is committed to education recovery in response to the pandemic and is spending £1.7bn by the end of 2022 on catch-up activity alone.

‘We have appointed Sir Kevan Collins as Education Recovery Commissioner to advise on this work and will share further details in due course.’