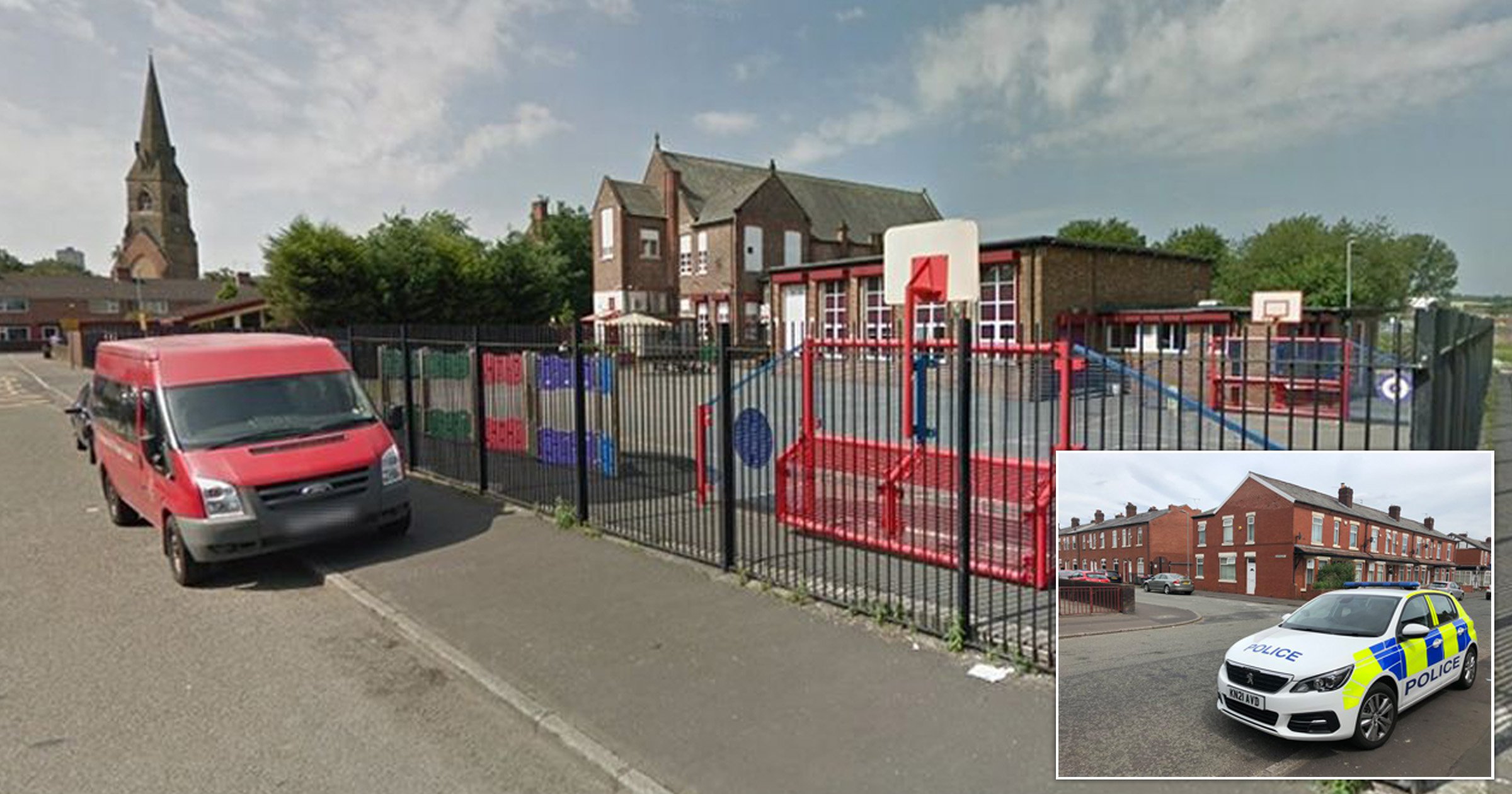 A school in Greater Manchester was plunged into lockdown this morning after a police officer was allegedly assaulted when a fight broke out nearby.

A brawl is said to have erupted between a group of teenagers in Salford after a boy refused to leave a property.

Police raced to the scene on Gerald Road but one officer was ‘attacked’.

Two males have been arrested on suspicion of assaulting an officer.

Parents of pupils at nearby St Sebastian’s RC Primary School received a text about a ‘precautionary lockdown’ just before midday.

As seen by the Manchester Evening News, it read: ‘Due to an incident in the adjacent building school is currently in lockdown as precaution.

‘All are safe. Please do not ring school. We will advise further.’

The school has refused to comment further, but it’s understood it was not directly involved in the incident.

A statement from Greater Manchester Police said: ‘Officers were called around 11.30am today (Monday 14 June 2021) to Gerald Road, Salford to a report of a disturbance involving a group of teenagers and one teenage male refusing to leave a property.

‘Officers attended and two males were subsequently arrested on suspicion of assaulting a police officer. They remain in custody for questioning.

‘A further male was arrested on suspicion of breach of the peace but was later de-arrested. Enquiries are ongoing.

‘Alternatively, details can be passed on anonymously via the independent charity Crimestoppers on 0800 555 111.’