Nick Ferrari erupts in furious rant at police over crime

A teenage boy who tragically died after being stabbed outside a Huddersfield school has been named as Khayri Mclean. The boy died from his injuries after an attack in Woodhouse Hill in Huddersfield, on the same road as the school he attended, North Huddersfield Trust School. A murder investigation has since been launched by West Yorkshire Police after the youngster was rushed to Leeds General Infirmary for emergency surgery, but died a short time later. Police descended on the area and a large cordon remained in place as the probe began.

Senior Investigating Officer, Detective Superintendent Marc Bowes said: “Our investigation is still at a very early stage, and we will be carrying out extensive enquiries to establish the full circumstances surrounding this incident that has resulted in the absolutely senseless loss of a young life.

“We recognise that an incident of this nature will cause understandable shock and concern in the community, and we are working closely alongside our colleagues at Kirklees District who are increasing their presence in the area to reassure people and keep them updated as our investigation progresses.

“We have already identified a number of witnesses to the incident itself but would still like to hear from anyone who has any information that could assist the investigation.”

YorkshireLive has reported the pupils, parents and those living nearby have been shocked by the news, which has rippled through the local community. 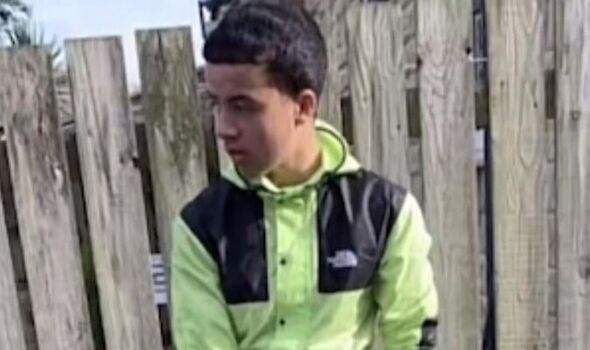 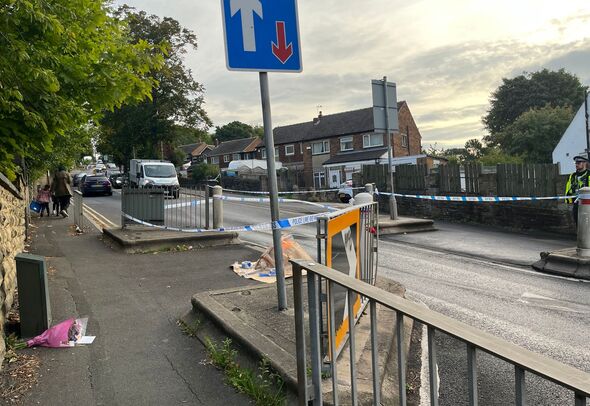 A spokesperson for North Huddersfield Trust School told YorkshireLive: “It is with enormous sadness that I must tell you that following an incident on Woodhouse Hill Road yesterday, one of our pupils has tragically lost their life.

“The pupil was taken by ambulance to hospital after the incident but despite the most valiant of efforts, medical staff were unable to save their life.

“This is truly shocking news for our pupils, your children, and our staff. We will be providing specialist support for any among our community who feel they could benefit.”

Floral tributes continued to be laid at the scene for hours afterwards, with some being tied to the metal gate nearest the police cordon. 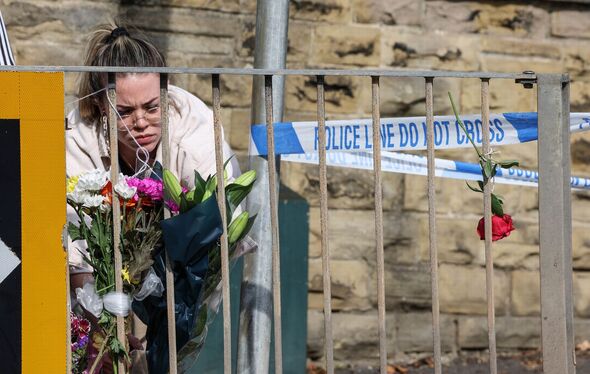 The school was shut until 10.30am today to support its pupils in the aftermath and has also asked parents not to speculate while the police continue their inquiries.

The local title listed some of the Facebook tributes that have been posted on the social media platform. Lucy Smith, wrote a tribute which was left at the scene: “A child taken, a family crushed. We breathe, despair, and mourn.”

“Rest In Eternal Peace Khayri. Such a terrible tragedy happened to a young boy. My heart goes out to Khayri’s family,” Nikita Wood wrote.

DON’T MISS:
Extremist groups ‘going up to people and asking their religion’ [REPORT]
Bee poo row leaves farmer finding two fences built across his drive [REVEALED]
Who do we have a trade deal with now? Britain’s closest partners [LATEST]

This afternoon West Yorkshire Police confirmed it had made an arrest in connection with the incident.

In a statement it said: “A 16-year-old boy has been arrested on suspicion of murder in relation to the death of a 15-year-old boy who was stabbed in an incident in Huddersfield yesterday.

“The youth was arrested at an address in Huddersfield shortly before 5am this morning in connection with the incident in Woodhouse Hill, Fartown, yesterday afternoon.

“He remains in custody and enquiries are ongoing led by detectives from West Yorkshire Police Homicide and Major Enquiry Team.”

Anyone with information is asked to contact HMET detectives via 101 or online at www.westyorkshire.police.uk/101livechat quoting crime reference 13220521713.