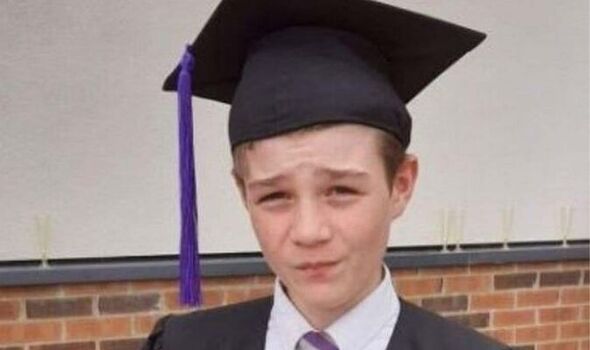 Robert Hattersley, 13, died after an incident in the river near Ovingham in Northumberland on Sunday afternoon. The emergency services were called to the scene shortly before 4.15pm.

Robert’s body was later found in the water and he died at the scene.

On Monday, Robert’s family said they were “devastated” by his death.

In a statement, they said: “It is impossible to put into words the heartbreak we are feeling – Robert was so kind and loving. We are absolutely devastated by what has happened.

“He brought a smile to so many people’s faces and he will be missed by absolutely everyone who knew and loved him. We’d like to thank all the emergency services who worked so hard to try to find Robert, as well as everyone who has been in touch passing on their messages of condolence.”

Police do not believe there to be any third party involvement and a report will be made for the coroner. Officers are continuing to support Robert’s family and have asked that their privacy is respected at this time.

Detective Chief Inspector Martin Brooks, of Northumbria Police, said: “This is an absolutely tragic incident and our thoughts are with Robert’s family at this absolutely horrendous time. We will continue to support them in any way that we can, as they attempt to process the events of the last 24 hours.

“I would like to thank every organisation who assisted us with our searches, including all the volunteers. Your support is absolutely vital and it is hugely appreciated. It is with great sadness that we could not provide a more positive update.”

Chronicle Live previously reported how officers received a report of concern for the welfare of a male who had come into trouble in the river near Ovingham. People were asked not to gather in the area to allow for those at the scene to carry out their duties.