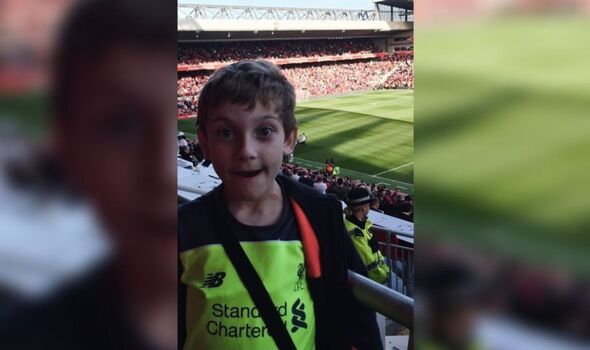 A 12-year-old boy who underwent 18 surgeries in his short life after he was so unwell he couldn’t “lift his head from his pillow” will be spending his 13th birthday in a hospital bed. Joseph Jones, 12, from Greasby, Wirral, was born a gastroschisis baby, meaning he was born with his bowels on the outside of his stomach.

After important surgery as a youngster, his mother Rebecca, 43, told how he was a “normal toddler”.

But years later “he slowly started to deteriorate,” and became unable to gain any weight “at all.”

Rebecca previously told the Liverpool ECHO: “He started vomiting, he started losing weight and he was unable to gain any at all.

“The vomiting got worse and worse. He’d come in from school exhausted. He couldn’t lift his head from the pillow.

Joseph was taken back and forward to Alder Hey Children’s Hospital and deteriorated to the point that he required around 18 surgeries in six years.

He has now spent years on a certain IV infusion which gives him his nutrients as he cannot absorb them through solid food.

This infusion, known as a TPN, presents its own challenges as it can damage his liver.

In the long run he desperately needs rare, specialist bowel reconstruction surgery, which seemed a pipe dream for Rebbecca until a chance meeting with a surgeon offered the chance for the family to fly out to Italy to have it done.

A fundraising page set up to support the family during their prolonged stay in the country has now raised nearly £15,000 in donations.

The family are set to fly over to Italy on Friday for Joseph’s specialist surgery.

Rebecca, an oncology nurse at Clatterbridge Cancer Centre, told the ECHO: “We’re flying out Friday after it was postponed because the surgeon flying in couldn’t get there on our original date.

“It is such a big thing. To say were looking forward to it, in that way, would be a stretch, but we are very hopeful.

“We’re apprehensive. He’s started asking more questions but we’re speaking openly about these things to him.

“We’ve had to keep his little brother home from school, with things like strep going around, to keep him safe for the surgery.

“They’ve told us to be prepared to spend six to 12 weeks there. It’s all going to depend on how he recovers really.

“It’s all very woolly until he’s had the treatment. But he’ll be having his 13th birthday while he’s away. In all likelihood he’ll be in a hospital bed recovering.

“I’m hoping he’s in a better place by his birthday. I’m just made up the fundraiser has made what it’s made.

“The support has been phenomenal. It’s been amazing. We didn’t expect so much support.”