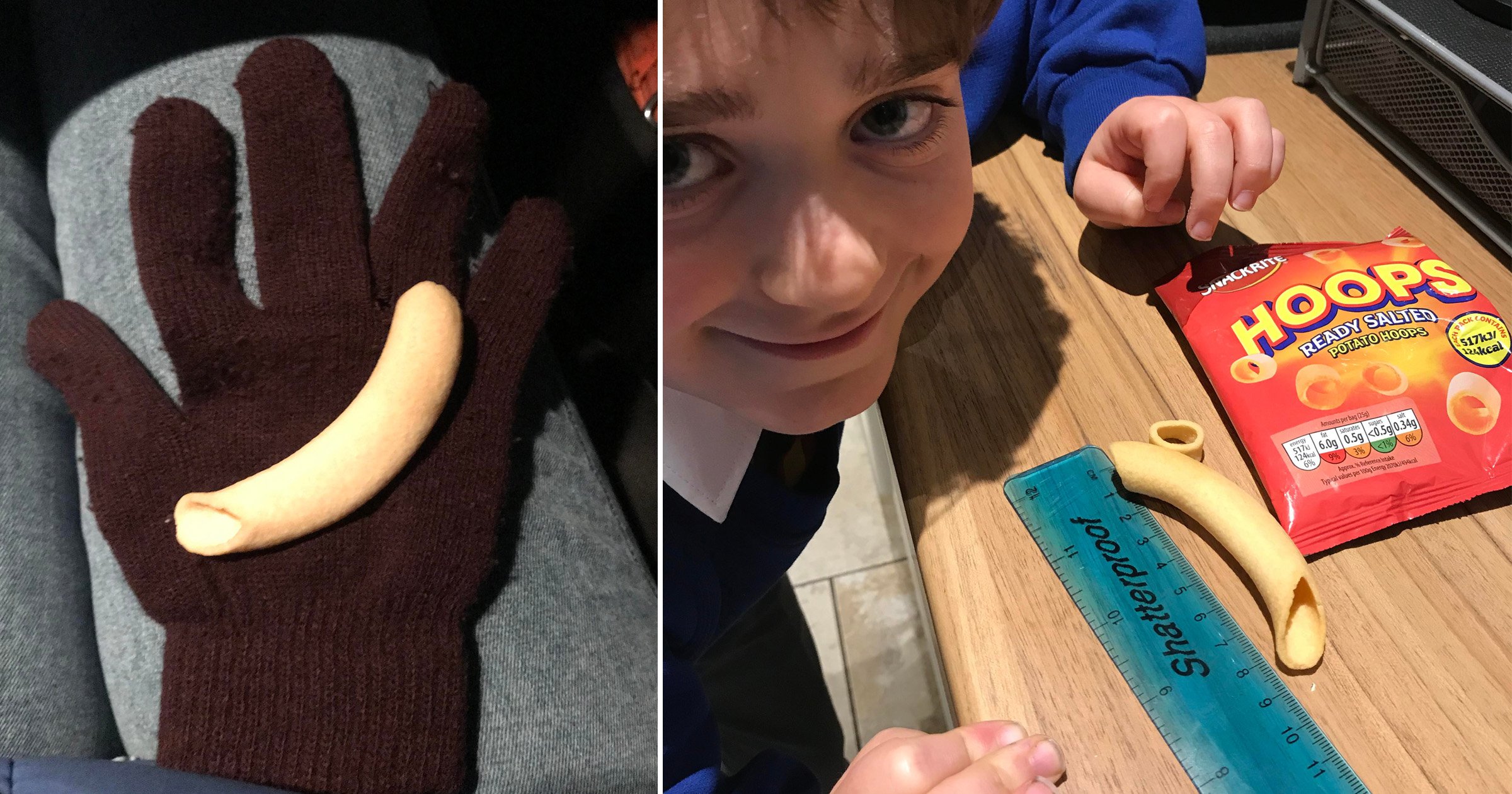 A boy was so delighted at finding a huge crisp in his school lunch he decided not to eat it.

Will Potts, 10, opened a packet of Aldi’s version of Hula Hoops and found one which was 3.5 inches (9cm) long.

The schoolboy, of Chester in Cheshire, proudly and carefully put it back in his lunchbox and took it home.

His mum Angela said: ‘It was a multipack of Hoops from Aldi. My son Will had a pack in his packed lunch at school.

‘When he came home he said: “Look what was in my crisp pack.”

‘He opened his lunchbox and showed me the giant hoop. He said he didn’t want to eat it, we still have it.

‘We told Aldi and they said it was amazing and to contact Guinness World Records so we have.’

Angela bought the multipack of eight bags of Hoops from her local Aldi for £1.35. The massive snack weighs around 6g.

An Aldi spokesperson said: ‘Thanks for sharing this with us. Possibly the biggest crisp we’ve ever seen.

‘We recommend contacting Guinness World Records for that monster crisp.’

Unfortunately for Will though, his huge crisp may not quite have broken records.

Sam Lightfoot, 26, was the lucky finder of a four-inch-long snack (around 10cm) in a bag of Hula Hoops last year.

It was around eight times the length of a standard Hula Hoop.

The off-shore wind farm planner said what happened was among his biggest achievements.

‘We’ve seen online that someone got £10,000 for a puffed-up Dorito they found, but we’re not planning to sell this – it’s too sentimental.

‘I’ll probably keep it forever and hand it down through the family.’

His discovery beat the previous world record, which was a 3.7-inch hoop found by Rowan Umland, 19, from Peckham in south London.

But the real winner was possibly Frank Smith, 77, who found a gigantic seven-inch long oven chip last year and decided to keep it forever.