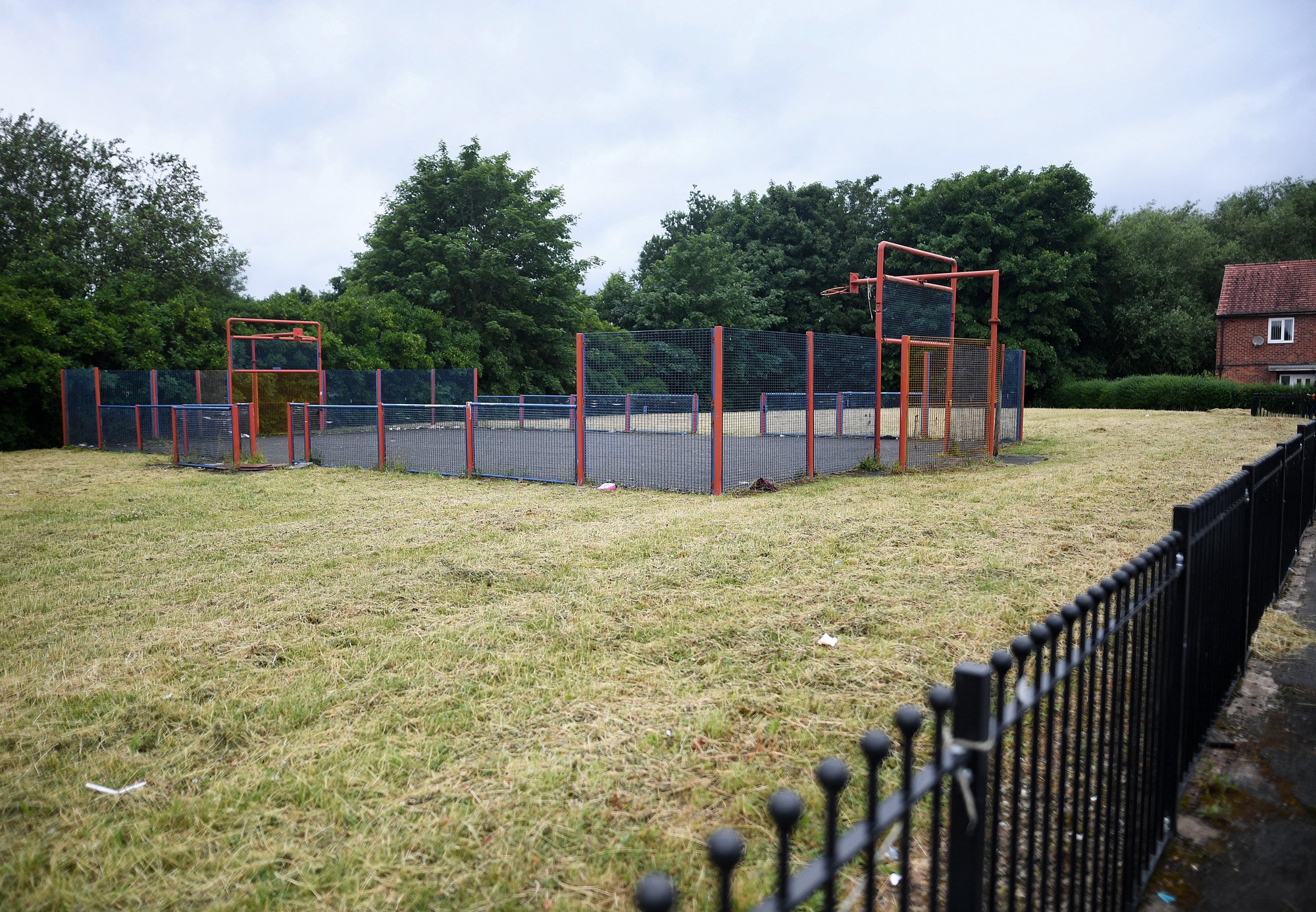 A nine-year-old girl bravely fought off three masked men who tried to grab her in a playing field.

The incident in Blackley, north Manchester, is currently being treated as an ‘assault’.

It is not believed to be sexually motivated or an attempted abduction, police said.

The men approached the girl when she was playing in the field in Earby Grove around 9.40pm on Thursday night.

They took hold of her but she managed to break free and raised the alarm.

The suspects were all wearing face coverings and dark clothing.

Two are white and a third is mixed race, Greater Manchester Police said.

No arrests have been made, as detectives said they are doing ‘everything they can’ to track the men down.

The force has increased patrols in the area in a bid to reassure the public.

‘This is a concerning incident and thankfully the child was able to run away from the men.

‘I would like to reassure the community that we are doing everything we can to find these men and have increased patrols in the area whilst we investigate.

‘We are keen to hear from anyone who may have witnessed this incident or seen any men in the area matching these descriptions.’

Information can also be reported online or via LiveChat at www.gmp.police.uk.