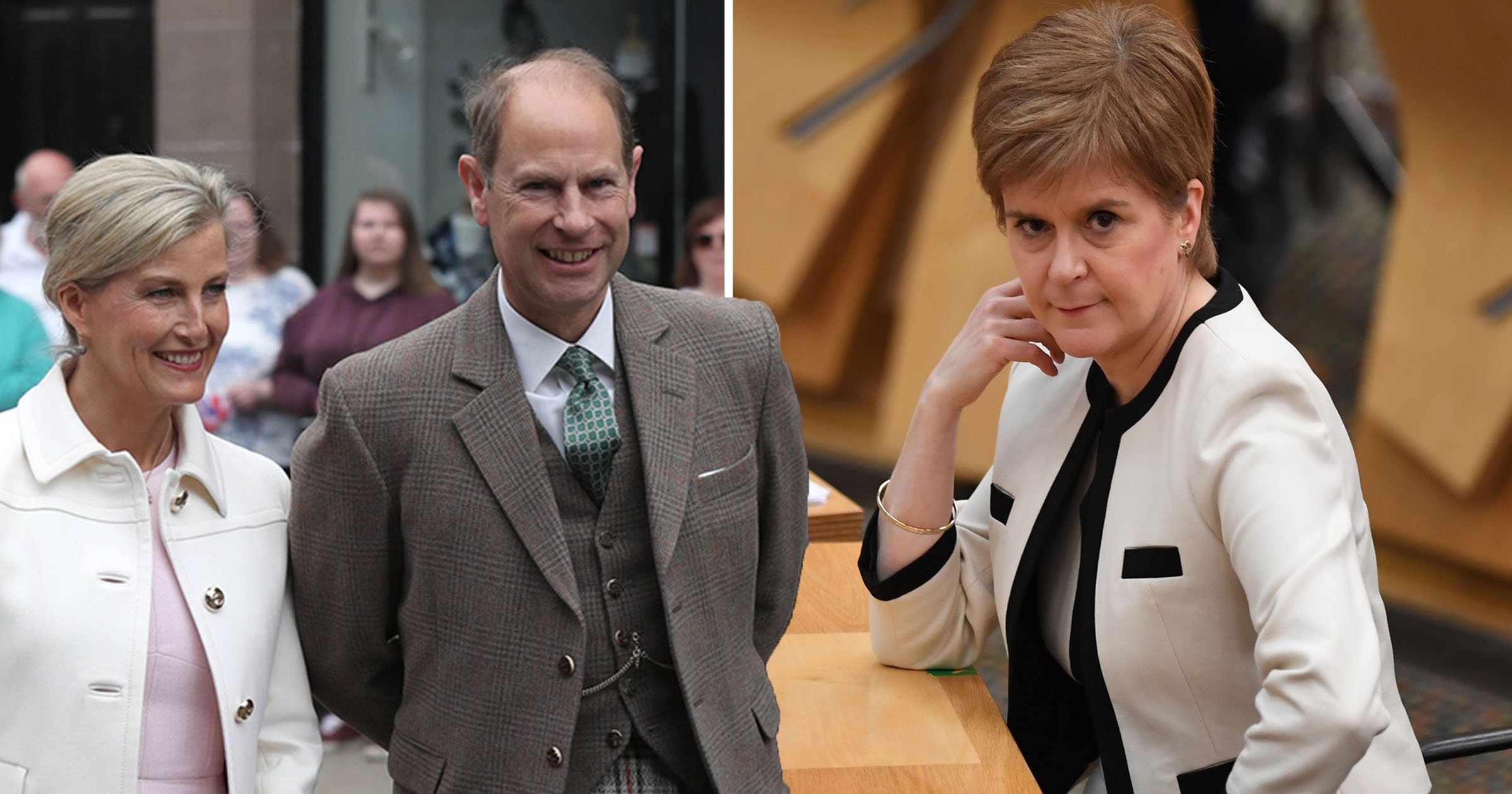 Downing Street wanted to send Prince Edward to live north of the Scottish border in an attempt to boost support for the United Kingdom, it has been claimed.

As relations between Scotland and England became ever frayed during the Covid crisis, a plan was hatched to send the Queen’s youngest son to live permanently in Holyrood Palace, sources told the Daily Mail.

It was hoped the move could quell pro-independence sentiment which has risen again in the wake of Brexit and the pandemic.

The idea has been largely ridiculed on social media after it was first reported, not least because another royal Edward, Edward II, was notoriously defeated by Robert the Bruce at Bannockburn in events memorialised by the song Flower of Scotland, the unofficial Scottish national anthem.

Prince Edward and his wife Sophie Wessex currently live in Surrey and are not widely known in Scotland.

Under the plan, which was never formally proposed to Buckingham Palace, Edward would have made Scotland his official residence and increased the number of royal engagements in the country.

He and Sophie would have become the public face of the Royal family in Scotland in the hope that it would drum up support for the union.

Support has been growing again for Scottish independence and the SNP, fuelled in part by Westminster and Holyrood’s different approaches to the Covid crisis.

Nicola Sturgeon’s party are predicted to win a landslide in the elections in May after she was praised for her handling of the pandemic.

It’s thought Ms Sturgeon would then push ahead with plans to hold a second independence referendum in seven years.

Downing Street has consistently claimed the last vote – in 2014 – was a ‘once in a generation’ decision and have refused to back another referendum.

With a heavy dose of sarcasm, another said: ‘Spoken to a number of once-fervent pro-Indy people today who have told me this would 100% change their mind. The deep reservoir of love and respect that Scotland has for Prince Edward and Sophie is what’s going to tip the scale.’

A third said: ‘I was just thinking the other day, “if they really want to end all talk of an independent Scotland, they should send in Prince Edward”.’