The SNP will aim to hold Scotland’s second independence referendum in a decade in 2023, Nicola Sturgeon revealed on Tuesday. The party hopes to prize the nation from the union’s grip in just over a year on October 19 and gain self-determination from Westminster. But officials have not unveiled how they hope to accomplish this, and fears are mounting that a hard border could spring up in the north.

Will there be a hard border between England and Scotland?

During her Holyrood address on Tuesday, Ms Sturgeon said she had written to Boris Johnson formally requesting his consent to hold another referendum.

Whether or not she receives it, the First Minister has resolved to hold the vote, provided the Supreme Court finds it legal.

A referendum bill will outline how the Scottish Government plans to run it, but its ultimate composition remains unclear. 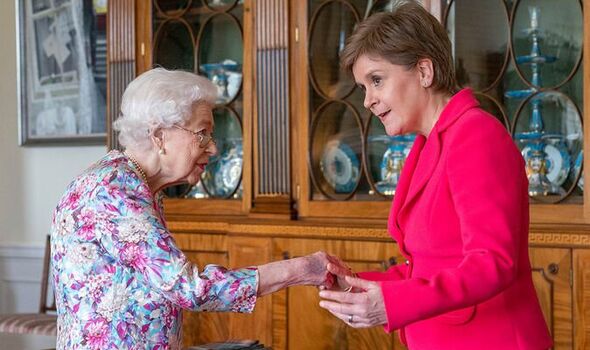 One thing Ms Sturgeon previously committed to was joining the European Union.

Choosing to reenter the bloc would mean that, after its accession, England would have to govern a new border with Scotland and the EU.

In a report for the think tank UK in a Changing Europe, Professors Nicola McEwen and Kay Hayward of the University of Edinburgh and Queen University Belfast suggested Scotland wouldn’t require a hard border.

Instead, passage within the UK would rely on similar legislation to the Northern Ireland protocol requiring goods checks but largely facilitating free movement between England and Scotland. 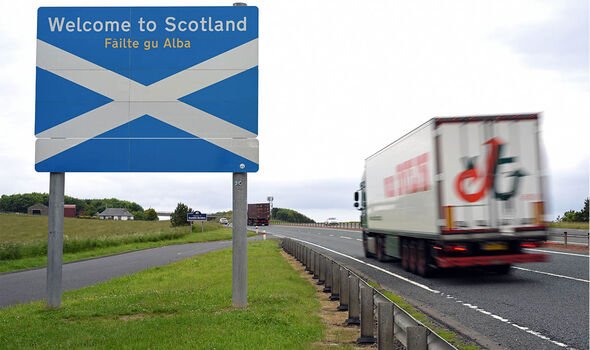 Experts have suggested Scotland would seek to keep a Common Travel Area (CTA) separate from the Schengen Agreement.

The professors wrote: “This would not only preserve free

“The CTA includes the UK, Ireland, the Channel Islands, and the Isle of Man, and it already has legal recognition in the EU Treaties and was protected in the UK-EU Withdrawal Agreement.” 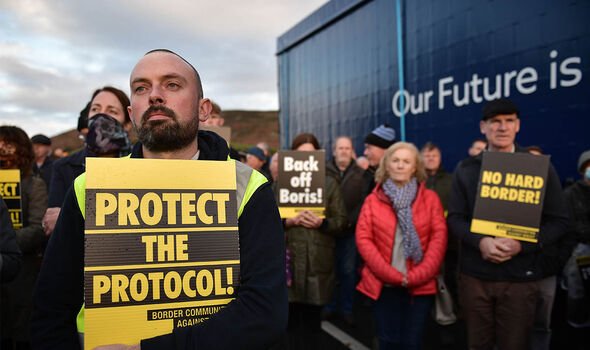 The Scottish Government planned to use the CTA in 2014, meaning it would likely apply again in a 2023 Yes vote.

The law would function like free movement in the EU, allowing people to live, work and travel freely between England, Scotland and Wales.

Officials would need to navigate some limitations, the experts added, principally keeping people “aware” of the border.

They added: “Keeping a harder border as open and ‘invisible’ as

possible would have to be balanced against the need for people to be aware of its existence.

“An important part of border management is making sure that everyone

is aware of what might be required from them to do what they want to do in the jurisdiction on the other side of the border, be they tourists, commuters, shoppers, traders or service providers.”

Senior European figures have suggested they would support Scotland’s accession to the EU, suggesting the above arrangement was possible.

A letter published in The Guardian in 2021 found 170 “cultural figures” who said they would want an independent Scotland to enter the union.

They wrote: “We all agree on this: we want the people of Scotland to know that Europeans everywhere would welcome them back in the European Union if this is their democratic wish.”