Last week, the London School of Economics published a report which claimed the Scottish economy would be hit up to three times harder by a break from the UK than it will from Brexit. Pro-union MPs in Scotland have since used the report to argue the SNP should U-turn on its referendum stance.

Alistair Carmichael, home affairs spokesperson for the Liberal Democrats, said the “ticket price” of Scottish independence is “too high”.

He wrote in The Scotsman: “SNP leaders cannot claim with a straight face that this Brexit trade disruption is bad, but three times as much from independence would be good.

“Brexit is bad for trade. Independence – Brexit 2.0 – would be worse. 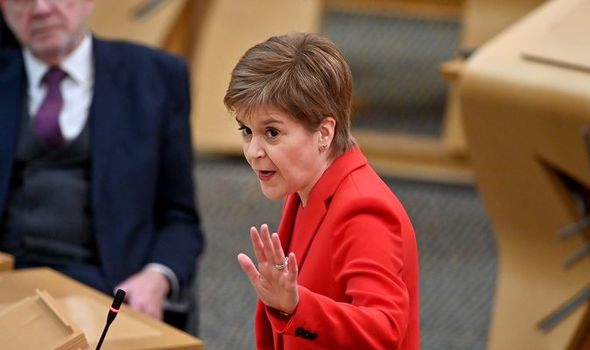 “To counteract the harm of Brexit we need to work together more with our friends and neighbours, in the UK and in the EU, not repeat past mistakes with more hard borders.”

Nicola Sturgeon, Scotland’s First Minister and leader of the pro-independence SNP party, has vowed to hold a referendum on Scottish independence this year if her party win the upcoming elections in May.

The party looks set to do so, as suggested by a November 2020 YouGov poll which showed the SNP was “well ahead” at that time with 56 percent of the constituency vote. 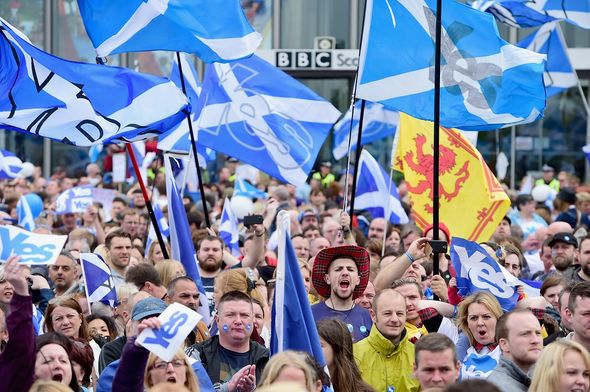 Second place were the Scottish Conservatives, with 19 percent.

Mr Sturgeon told BBC One’s Andrew Marr show last month: “I want to have a legal referendum, that’s what I’m going to seek the authority of the Scottish people for in May and if they give me that authority that’s what I intend to do.”

However, last week’s LSE report states that together, Brexit and Scottish independence would “reduce Scotland’s income per capita by between 6.3 percent and 8.7 percent in the long-run”. 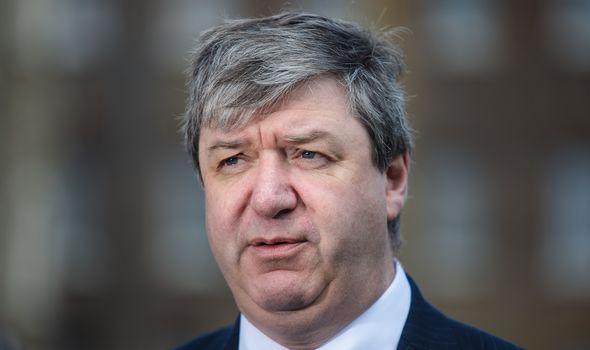 LSE added: “The report concludes that the losses from independence are similar regardless of whether an independent Scotland rejoins the EU or maintains a common economic market with the UK.”

Despite the report, some Scottish MPs were undeterred. Pete Wishart, SNP MP for Perth and North Perthshire, hit out at Scottish unionists on Twitter after the news.

He said: “What all these ‘senior’ unionists from all parties are telling Scotland is that we should just accept this Brexit nightmare and accept that this horror show is the best Scotland can ever be.” 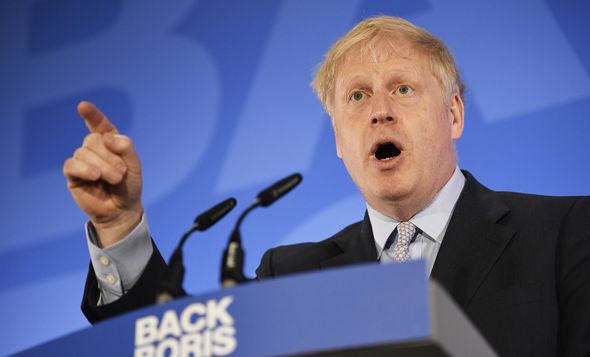 One Twitter user hit back, writing: “Can someone please explain why Brexit is a ‘nightmare’ and Scexit ‘so much better’?”

Prime Minister Boris Johnson is pushing back against Scottish independence and last month warned it would cause “pointless constitutional wrangling”.

Last year, he wrote to Ms Sturgeon and pointed to the 2014 Scottish independence referendum as a “once in a generation” vote.