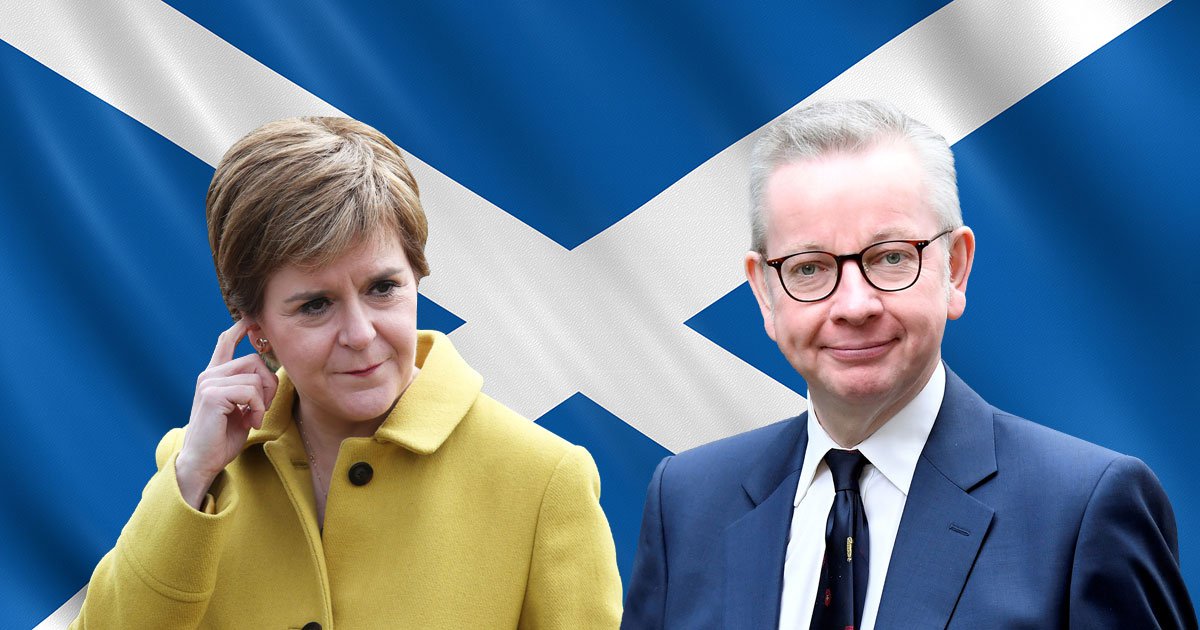 The battle for a second Scottish independence referendum is underway, with Nicola Sturgeon saying it would be ‘outrageous’ for Westminster to try and block it in the courts.

She is determined to give Scots another vote on the issue – but a senior UK government minister has said it won’t be approved, as the SNP did not secure a majority in the Holyrood elections.

Ms Sturgeon, who fell one seat short of an overall majority during the Super Thursday elections, securing 64 seats, argues that there is a mandate for a second referendum.

This is because the final result still means that voters elected a pro-independence majority to the Scottish Parliament, with the Scottish Green Party also standing on a ticket to split from the Union.

UK cabinet minister Michael Gove said that he did not support another referendum, instead urging the SNP leader and First Minister of Scotland to ‘concentrate on recovery’ from the coronavirus pandemic.

The Chancellor of the Duchy of Lancaster told the BBC’s Andrew Marr Show that ‘a majority of people who voted in the constituencies voted for parties that were opposed to a referendum’ and Ms Sturgeon ‘didn’t secure a majority as Alex Salmond did in 2011’. 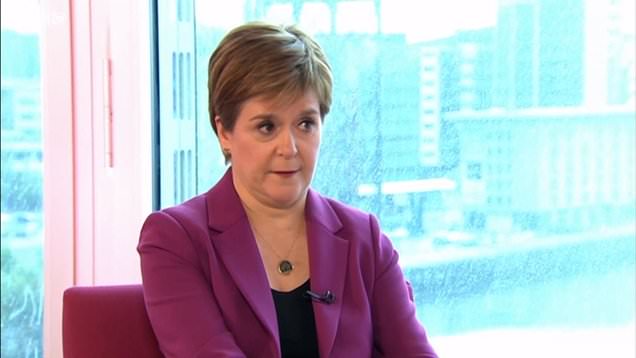 ‘That is a significant difference,’ Mr Gove said.

‘Alex Salmond, when he requested a referendum, every party in the Scottish Parliament agreed that it was appropriate to have a referendum given that he had secured a majority.

‘It is not the case now – as we see – that the people of Scotland are agitating for a referendum.’

But Ms Sturgeon said the UK Government was showing a ‘lack of respect’ for Scottish democracy in threatening to stand in the way of a follow-up to 2014’s rejected independence vote.

She told Marr: ‘In this election they have voted overwhelmingly for the SNP and we stood on a manifesto commitment to firstly… continue to steer the country through the Covid pandemic.

‘But after the crisis to give the people of Scotland the opportunity to choose our own future in a referendum.

‘The fact that we are sitting here having a debate about whether or not that outcome is going to be respected says a lot about the lack of respect for Scottish democracy that this UK Government has demonstrated for quite some time now.’

Since the last referendum, the UK has left the European Union despite a majority in Scotland to remain part of the bloc.

The SNP hope that the different political landscape will see a different result if another independence referendum is held.

Mr Gove looked to skirt suggestions that Westminster ministers could intervene via the Supreme Court to block legislation from the Scottish Parliament that attempts to engineer a second independence referendum, saying: ‘We’re not going near there.’

Ms Sturgeon, who said she ‘wouldn’t rule out’ putting legislation for a referendum before MSPs early next year, claimed a battle in the courts would be ‘absurd and completely outrageous’.

The row comes after the Prime Minister invited Ms Sturgeon for crisis talks on the Union, calling for proposals from devolved leaders on how to recover from the pandemic.

In his invitation letter to Ms Sturgeon, which she has accepted following her re-election as First Minister, Boris Johnson argued the UK was ‘best served when we work together’.

He added: ‘We will all have our own perspectives and ideas – and we will not always agree – but I am confident that by learning from each other we will be able to build back better, in the interests of the people we serve.’