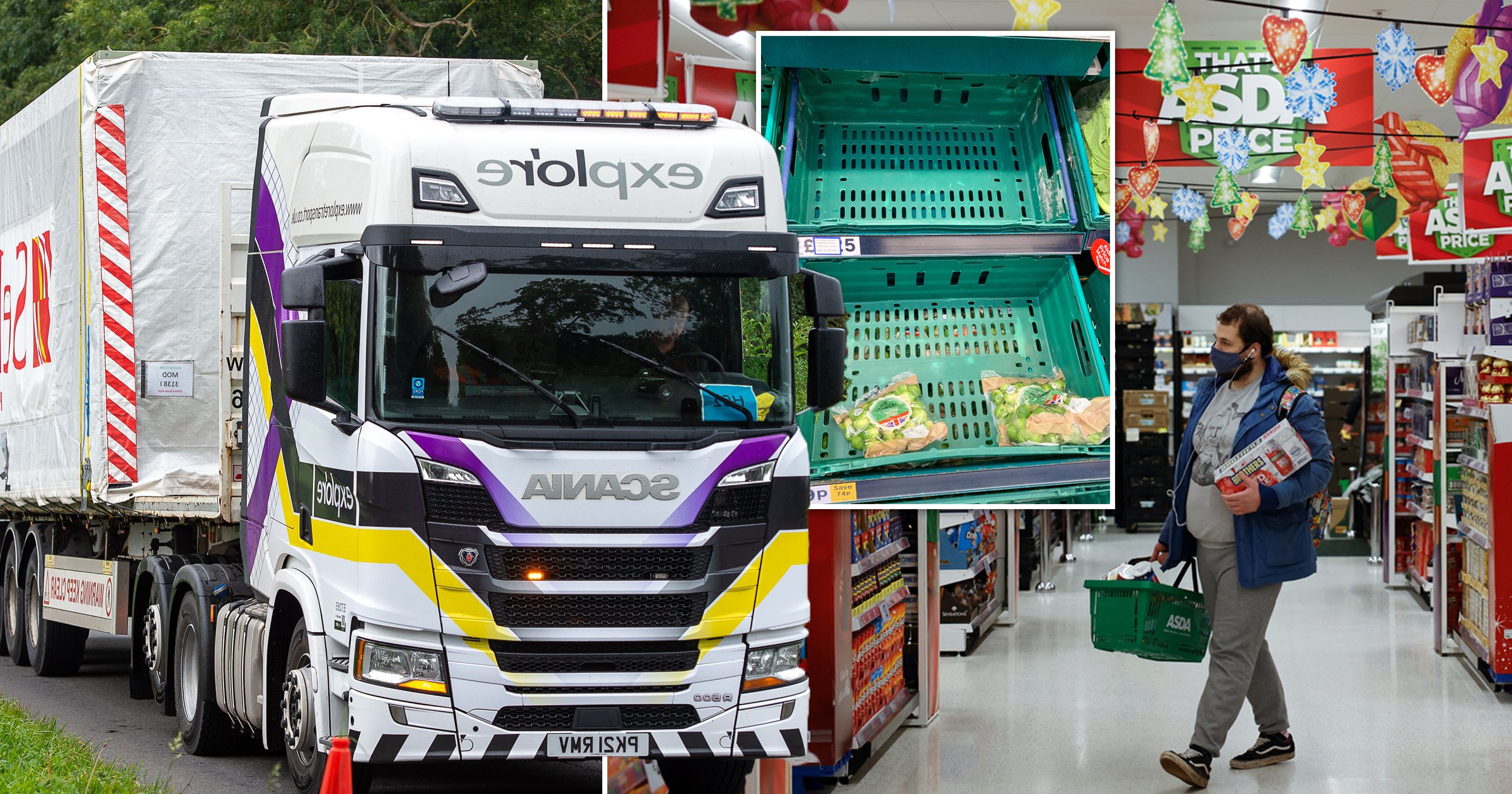 A visa scheme to draft at least an extra 5,000 overseas lorry drivers to Britain will come too late to avoid Christmas disruptions, a top Tory source says.

The UK is being strangled by an acute shortage of HGV drivers, creating supply chain problems across a range of sectors.

Panic buying of fuel set in at garages across the country this weekend after some suppliers warned distribution issues were causing shortages at pumps.

A group representing British retail predicted Christmas would be affected unless ministers got to grips with the problem in the next 10 days.

It could mean families are unable to enjoy a proper Christmas for the second year in a row after spending 2020 under Covid-19 restrictions.

In a reversal of the government’s hardline stance on immigration, ministers are reportedly thrashing out a scheme to grant 5,000 temporary visas to drivers from Europe and beyond.

A similar number could be approved for food processing workers, especially in the poultry industry.

But some have suggested it could take up to 12 months to get up and running, jeopardising Christmas.

A Conservative source told the Independent: ‘Some problems simply cannot be resolved very quickly, even if ministers give it their full attention.

‘This is an example of such a problem, and the decision about how to address the issue came rather late in the day.’

A shortage of CO2 is already placing a strain on abattoirs and farmers’ ability to humanely kill animals, including pigs, chickens and turkeys.

The lorry driving industry is short of around 90,000 pairs of hands because of a combination of Brexit changes and an exodus of foreign HGV drivers returning home post-lockdown.

Empty shelves in supermarkets are becoming an increasingly frequent sight and it’s feared the situation could get worse in the run up to the busy festive shopping season without intervention.

The Confederation of British Industry (CBI) welcomed the visa scheme for drivers but said the government may have moved too slowly.

Director general Tony Danker told BBC Breakfast: ‘Hopefully it is going to happen and it is a huge relief. We’ve been calling for it for three months.

‘We could see this problem coming and more problems coming, and so it’s a shame the government needed queues at the pumps to move, but move I hope they have and it will help.’

A spokesperson for the government said: ‘We are closely monitoring labour supply and working with sector leaders to understand how we can best ease particular pinch-points. Similar challenges are being faced by other countries around the world.

‘We want to see employers make long-term investments in the UK domestic workforce instead of relying on labour from abroad.’