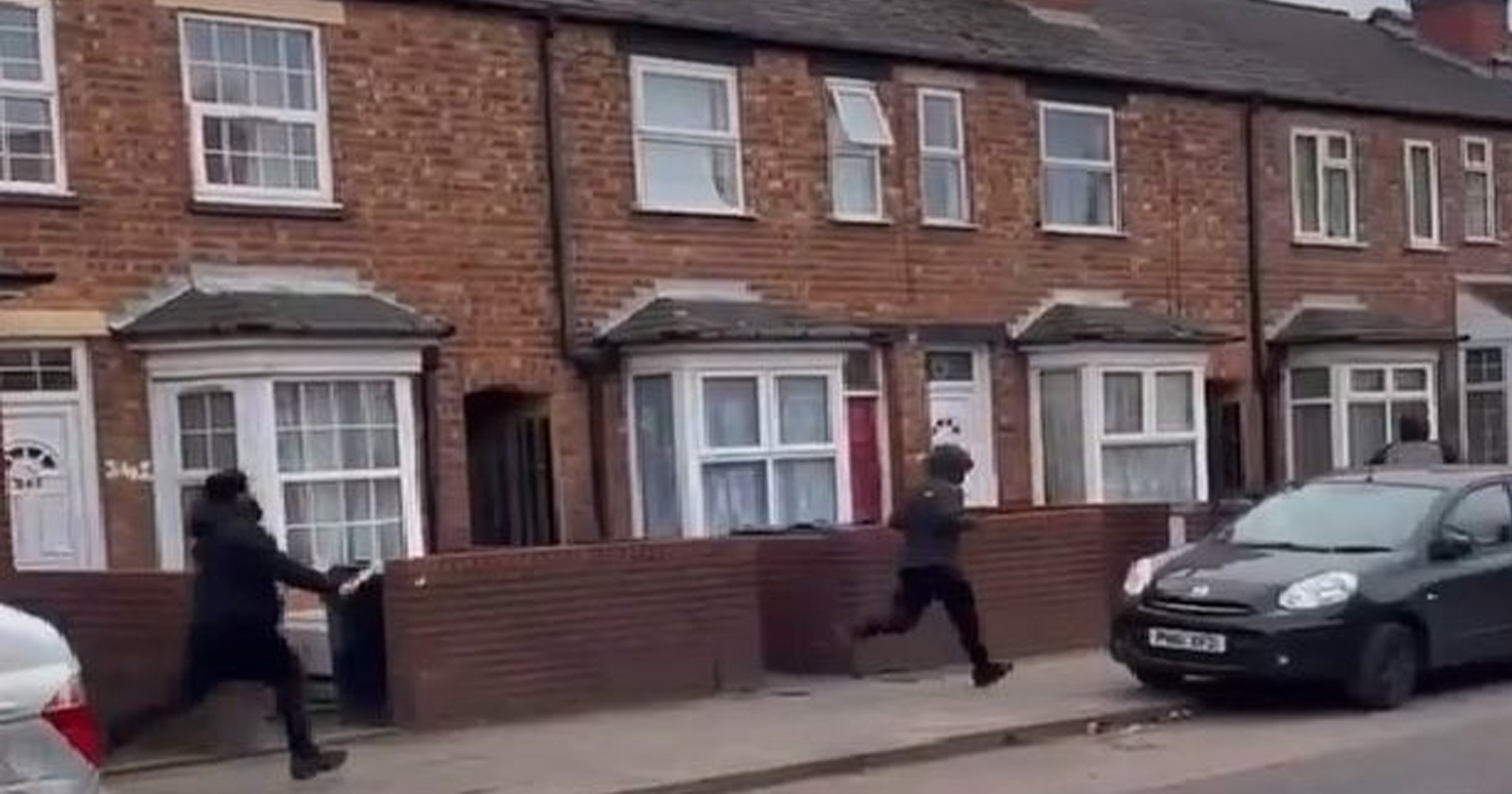 Footage has emerged of a man with what appears to be a machete chasing down a group of youths along a quiet residential street.

Six males were seen running ahead of the man down Cherrywood Road, near two schools in an eastern suburb of Birmingham, at around 3pm on Saturday.

In a clip filmed by a passer-by, the man could be heard screaming as he waved the large bladed weapon at a youth just a few feet a head of him.

Some of those running ahead also appeared to be holding weapons, though it was not clear how many were targets or part of the same group as him.

Police were alerted to the incident but by the time they arrived, those involved had left.

A spokesperson for West Midlands Police said: ‘No weapons were found or injuries reported to us.

‘CCTV footage is being reviewed as our enquiries continue.’

Residents expressed dismay after the clip was shared on social media.

One commented: ‘So many of our youth are seriously messed up.’

Another wrote: ‘These bunch of youths should be all locked up. They have no shame no respect at all.’

Anyone with information is urged to contact police via Live Chat on the West Midlands Police website or call 101, quoting investigation number 20/1827576/21.