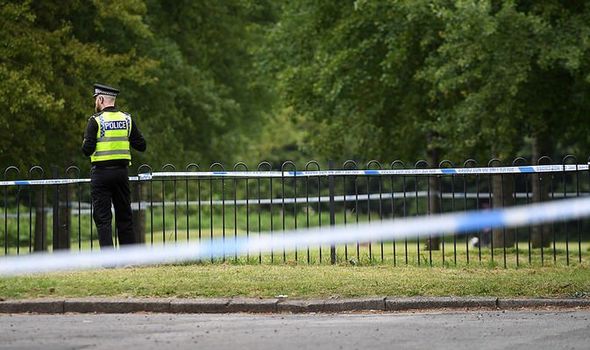 The thug shot repeatedly towards three youths stood close to the play area, it is understood. The shocking incident prompted children and parents to flee Dainewell Park in Sale, Greater Manchester, on Thursday afternoon.

Terrified witnesses told Manchester Evening News the gunman jumped back in the passenger side of the blue Nissan Qashqai which then sped away down a cul-de-sac close to the park.

Miraculously no injuries were reported. One witness, who declined to be named, said: “How those bullets didn’t hit anyone I don’t know. It was a lovely summer evening. I saw this blue car come screaming in. One lad jumped out of the door and, bang bang, he fired two shots.

“The kids in the park just screamed. They were aged between nine and 14. It’s a really quiet park. The kids can go there and it’s safe. Until now. It’s really getting silly around here now.” 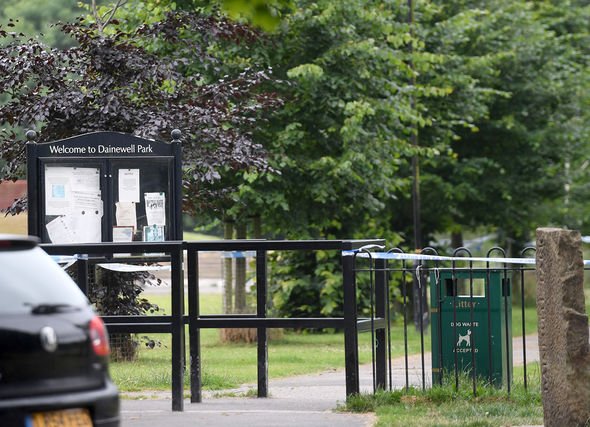 The kids in the park just screamed. It’s a really quiet park. The kids can go there and it’s safe. Until now.

A nearby resident, who is mother of a small baby, said: “We were in the garden and we heard two bangs. I ducked down in panic. My partner said ‘get down, that’s a gun’. We ran inside. Through the window I could see a blue Qashqai speeding off.

“I went to the front door and I could hear people screaming. There was an off-duty police officer in the park and she phoned the police. We’ve only been here 18 months and the park is just there and it’s lovely.

“There were three fitness classes going on. The kids in the park were aged from seven or eight. It’s just so scary that this has happened.”

Residents believe one of the youths targeted had just been released from prison.

Parts of the park, including the playground, are cordoned off today as officers investigate.

Officers are also patrolling nearby Sale estates to reassure residents.

Detective Inspector Helen Bagnall, of Greater Manchester Police’s Trafford Division, said: “The time of day and public space this incident took place in is of huge concern and we would like to reassure people that they will see more police in the locality as our enquiries continue.

“We are aware of ongoing disruption in this locality and have recently raised patrols while we work with partner agencies to address these ongoing challenges.

“The community’s safety is our utmost priority and we are continuing to engage with residents to focus policing in this area.

“We have launched a full investigation into this incident and our detectives are working hard to track down those responsible. If anyone has information, no matter how minor, this could be the breakthrough we need, so do please get in touch.”