CCTV footage of a man police are searching for has been released after an NHS doctor was followed and attacked.

The 37-year-old NHS doctor was left with cuts, bruising and injuries to her mouth, including a broken tooth, after a man pushed her to the ground in Canning Town, east London.

She was making her way home from work on 17 April at about 6.15pm when she became aware of a man she did not know following her on the platform of Shadwell DLR station where she was waiting to take a train. 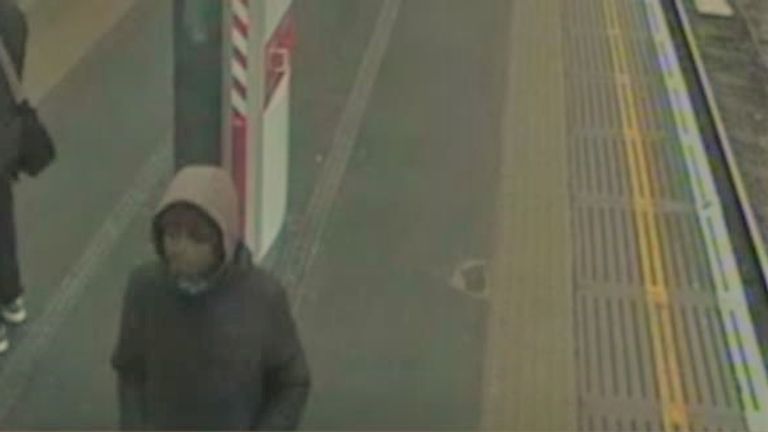 He followed her on to the train when she boarded and, becoming concerned he was following her, she got off at Canning Town before quickly re-boarding to try to lose him, but he did the same.

She got off at Royal Victoria DLR station and he was still following her so she asked two other men she did not know to walk with her, but he still followed.

The men walked with her part of the way before their journeys took them in different directions.

She decided to call the police but as she was on the phone walking along Butchers Road, Canning Town, the man approached her from behind and pushed her to the ground, leaving her with injuries.

The man is believed to have fled the scene and was seen returning towards Royal Victoria DLR station.

Detectives said there is nothing to suggest the doctor was targeted specifically because she worked for the NHS and none of her belongings were taken.

They added that officers “retain an open mind as to the motive for this attack”.

The Metropolitan Police is appealing for the two men that walked with her to get in touch.

They described the attacker as a black man, aged around 20 who was wearing grey tracksuit bottoms, a grey hooded top under a dark jacket and a dark cap.