Bob Hucklesby was beaten and tortured by Japanese guards after being captured at the Fall of Singapore in 1942 aged just 21. The lance corporal in the Royal Engineers was held at the infamous Changi PoW camp where hundreds of British soldiers died of abuse.

Later, he was marched through the jungle to Burma and spent three years constructing the 250-mile railway from Thailand to Burma.

It was known as the Death Railway as the conditions were so horrific that more than 12,000 Allied PoWs used as forced labour died from starvation and disease.

Bob was liberated in August 1945 but was “just skin and bone”. He spent weeks convalescing then caught a boat to Southampton.

He said: “There on the quayside was a band to welcome us. The people of Southampton could never know what that welcome meant.” 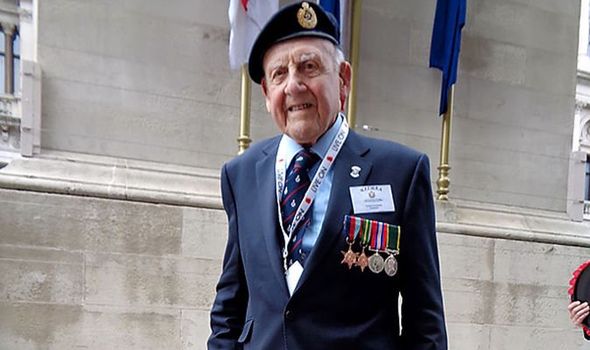 Later, Bob worked as a baker and for a council in Poole, Dorset.

He was president of the National Fellowship Welfare Remembrance Association, set up to remember soldiers who died in captivity – meeting royalty at commemorative events.

In 1947 Bob married Ada, who died in 2003. They had two sons, two grandchildren and three great grandchildren.