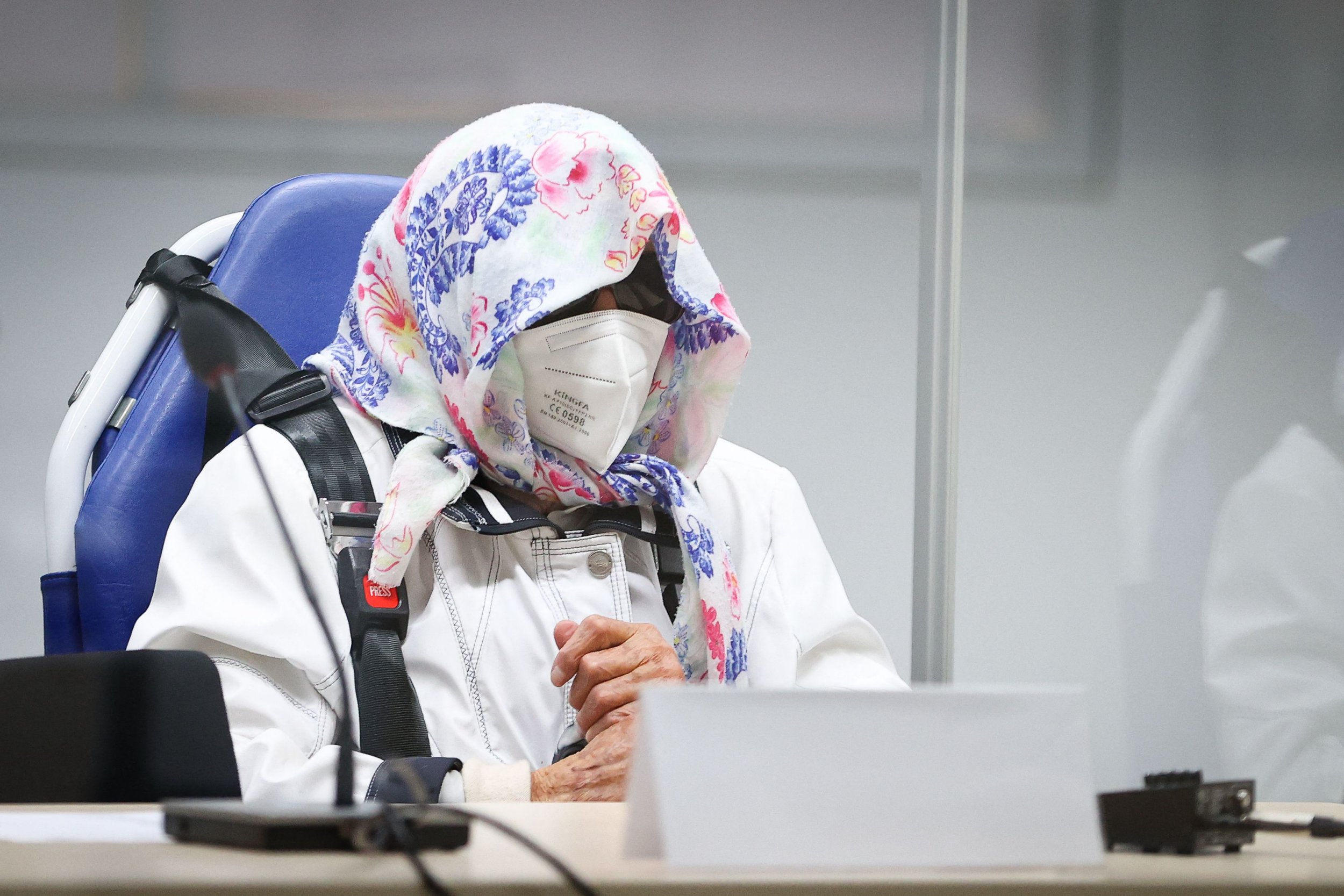 A 97-year-old former teenage concentration camp secretary has been sentenced for her role in abetting more than 10,000 murders.

Irmgard Furchner, one of the last surviving participants in the haunting Nazi regime, worked from 1943 to 1945 as a typist at Stutthof.

The secluded camp, where tens of thousands were murdered, starved and worked to death, was around 20 miles from Gdansk in Nazi-occupied Poland.

Prosecutors at Itzehoe state court in Itzehoe were unable to link Furchner – dubbed by the German press as the ‘secretary of evil’ – to any specific deaths.

But they were able to prove she was aware of the killings and willingly supported the operations of the camp through her work as a secretary.

A judge today found the defendant guilty of aiding the murders of 10,505 people.

As she worked at Stutthof when she was 18 and 19, Furchner was tried at juvenile court and handed a two-year suspended sentence.

She is the first civilian woman in German to be held responsible for the crimes committed in a Nazy concentration camp.

Furchner was all but silent for the 40 days she was in court before breaking her silence as her trial drew to a close.

‘I am sorry for everything that happened,’ she said, adding: ‘I regret that I was in Stutthof at that time.’

She had written to the judge to ask not to attend the trial, which is illegal under German law. Her claim was denied.

Furchner’s trial was briefly delayed when she went on the run by fleeing in a taxi, with the judge ordering police to track her down on the outskirts of Hamburg.

Furchner was held in custody for five days and fitted with an electronic wrist tag.

Judge Dominik Gross said the trial would be ‘one of the worldwide last criminal trials related to crimes of the Nazi era’ and allowed proceedings to be recorded for ‘historical purposes’.

The court heard from 30 survivors and loved ones of Stutthod prisoners from the US, France, Austria and the Baltic states.

Historical experts also gave wrenching accounts of the daily life at the camp and the role bureaucrats like Furchner played in the processing of detainees.

Some prisoners were left to starve and freeze in the bitter open air. Disease, horrible labour conditions, and evacuations were among other causes of death.

Furchner was indicted in February after a five-year investigation as part of a renewed effort by prosecutors to try remaining rank-and-file concentration camp workers.

But prosecutors have had to race against the clock to hold these workers to account, including a 101-year-old and a 93-year-old former guard recently.

Karen Pollock, the chief executive of the Holocaust Educational Trust, said: ‘This trial has shown once more that the passage of time is no barrier to justice when it comes to those involved in perpetuating the worst crimes mankind have ever seen.

‘Stutthod was infamous for its cruelty and suffering with Holocaust survivors calling it, “hell on earth”.’

Pollock said that though she wouldn’t expect an elderly person to be put behind bars, her two-year suspended sentence is a ‘mistake’.

‘The sentence should reflect the severity of the crimes,’ she said.’

‘While Furchner will keep her freedom,’ Pollock added, ‘this was stolen from over 60,000 Jewish victims ruthlessly murdered by the Nazis at Stutthof.’