Former royal protection officer Dick Griffin explained that the Queen allowed him to have his retirement party in the State Apartment. The Former Royal protection officer said only hours before the gathering that the Queen had expressed her desire to take part in the celebrations but noted she had not been invited to the event. Mr Griffin then confirmed Her Majesty “gatecrashed my party” alongside Prince Phillip and Prince Edward in what he said was one of the thrills of his career.

Mr Griffin told Sky News: “It was when I was retiring and the Queen’s private secretary… The Queen would like me to have my retirement party in the State Department, and I can invite 200 people.

“And I said to him well I don’t know 200 people, because when word got out of when my retirement party was, I soon did.

“Anyway I turned up with my family on the night, and one of my colleagues Colin said to me there’s a little old lady coming to your party tonight and I said what little old lady, he said the Queen! And I said don’t be silly, she doesn’t do anything like that.

“If she does it for one person, she’s got to do it for everyone.

“And he said well she definitely wants to come to your I was out with her in the car this afternoon and she said, she called me Dick, it’s dicks farewell party tonight I’d love to of gone, but he hasn’t invited me.

JUST IN: ‘Got to come together’: Kate’s sweet words as Prince William and Harry reunited 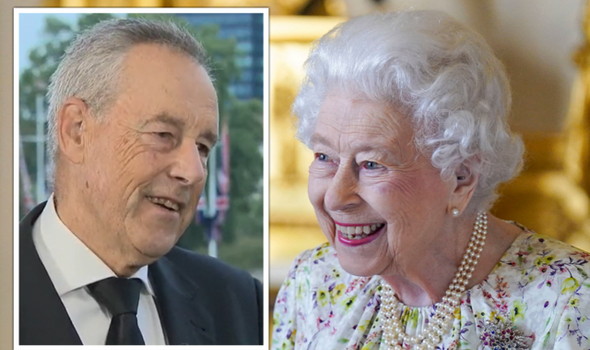 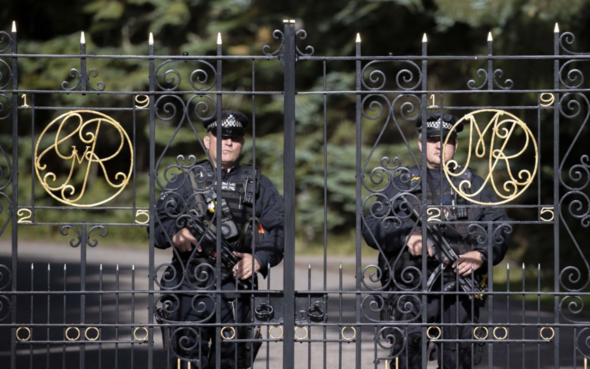 Mr Griffin added: “So Colin said, ‘your Majesty of course you can go, it’s your party. What an honour that would be if you turn up’. And she said, ‘so it will be ok if I just gatecrash it?’

“And lovely it was, Her Majesty, Prince Phillip and the Earl of Wessex all turned up at my retirement party.

“Which I must admit was one of the thrills of my career, that was just wonderful to be introduced to the Queen.

“My children and my wife had obviously met her previously, but none of my wider family had, so that was just a fantastic way to finish off my career working with her.”

Route of Queen's coffin from RAF Northolt to Buckingham Palace

Many Britons who had worked with the Queen personally have been coming out to pay tribute to her.

Mourners across the UK have been attending vigils and laying flowers outside the Queen’s various Palaces.

Members of the Queen’s family have been sharing public statements about the fond memories that have of her.

Prince Harry is the latest Royal Family member to share a statement discussing his childhood memories with her. 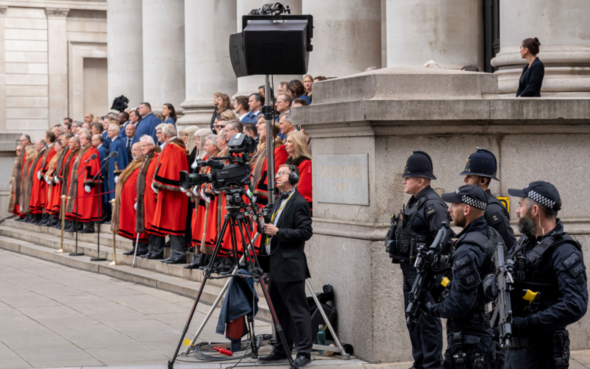 The Duke of Sussex said: “In celebrating the life of my grandmother, Her Majesty The Queen—and in mourning her loss—we are all reminded of the guiding compass she was to so many in her commitment to service and duty. She was globally admired and respected. Her unwavering grace and dignity remained true throughout her life and now her everlasting legacy.”

“Let us echo the words she spoke after the passing of her husband, Prince Philip, words which can bring comfort to all of us now: ‘Life, of course, consists of final partings as well as first meetings.’

“Granny, while this final parting brings us great sadness, I am forever grateful for all of our first meetings—from my earliest childhood memories with you, to meeting you for the first time as my Commander-in-Chief, to the first moment you met my darling wife and hugged your beloved great-grandchildren.

“I cherish these times shared with you, and the many other special moments in between.”