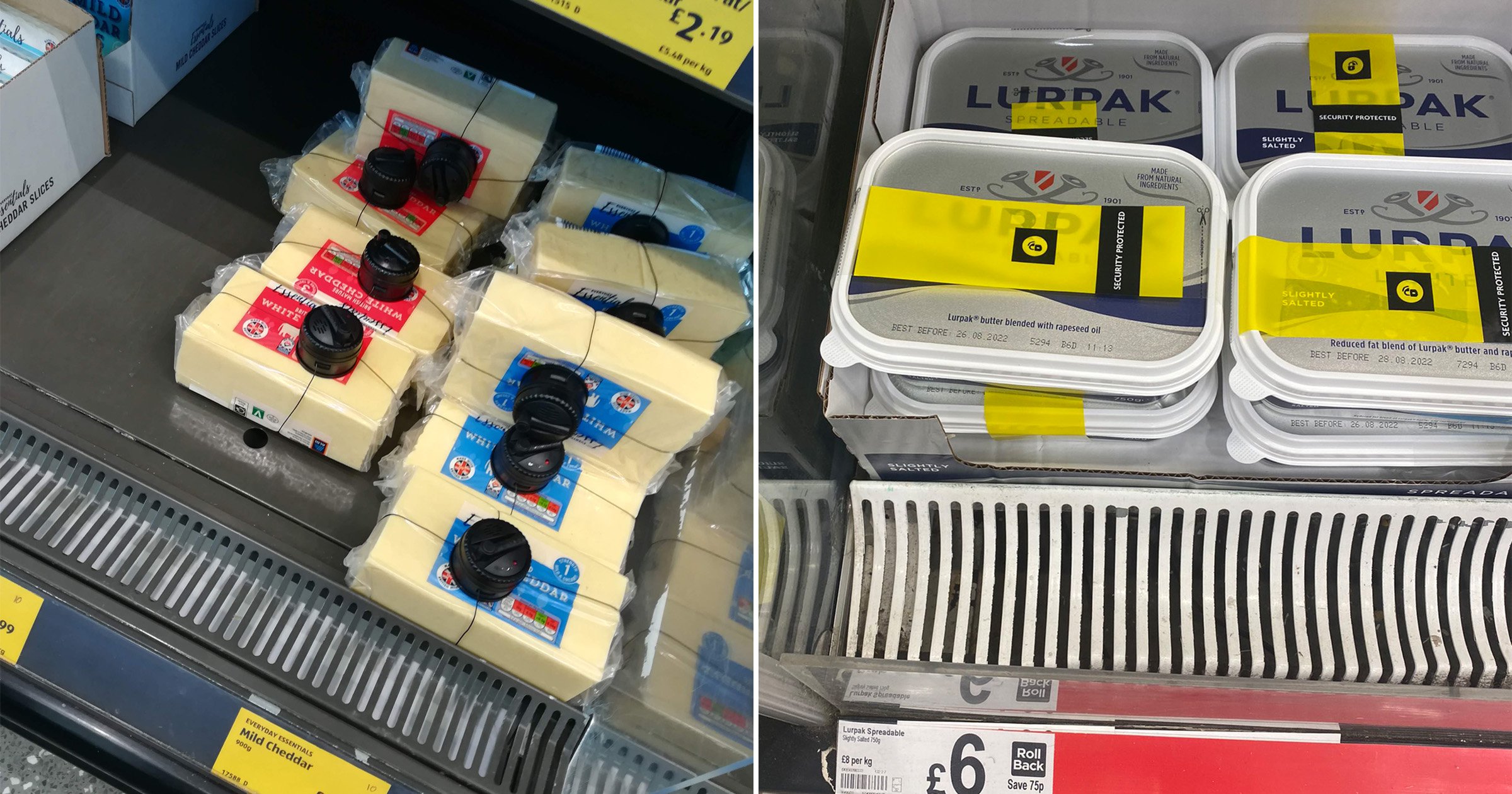 Supermarkets have begun attaching security tags to everyday items including cheese, butter and baby formula as inflation continues to bite.

A spike in shoplifting incidents driven by the cost of living crisis has forced many stores to widen the use of magnetic alarm-triggering devices typically reserved for expensive items like steak, wine and cosmetics.

One Asda branch in the North East stuck security stickers on 750g tubs of Lurpak spreadable butter, priced at £6.

The same product is being sold for as much as £7.25 in some supermarkets, while the average price for a 500g tub, now £4.49, has increased by a third in the past year.

Meanwhile, £3.99 packs of own-brand cheddar at an Aldi store were fitted with hard-lock tags.

Many Sainsbury’s stores are said to be tagging tubs of Aptamil baby, toddler and follow-on milks.

At a Tesco in Streatham, South London, tags have been fitted on cans of formula, some of which now cost up to £21.

Polling suggests Brits stole almost £500 million worth of everyday goods including toiletries and fresh produce in the last year alone.

That’s equivalent to around £25 worth of items per family.

Some 34% of adults said they had stolen something by failing to scan it at self-checkout in the last year, according to MyFavouriteVoucherCodes, up 22% from the year before.

Out of 2,584 shoppers surveyed, 69% said they had been driven to steal by the rising cost of living.

But 43% said they did so because the barcode would not scan at the till.

The most shoplifted items were toiletries and hygiene products, followed by fresh fruit and vegetables, baby formula and sweet treats.

The company’s managing director, Julian House, said: ‘Theft, in any measure, is not something that can be condoned. But the findings do highlight the drastic situation many have found themselves in during this cost-of-living crisis.

‘Such a high proportion are suggesting they are stealing necessary items that they simply cannot afford.

‘This speaks to a societal and economic issue that simply must be addressed in greater measures than it currently is.’