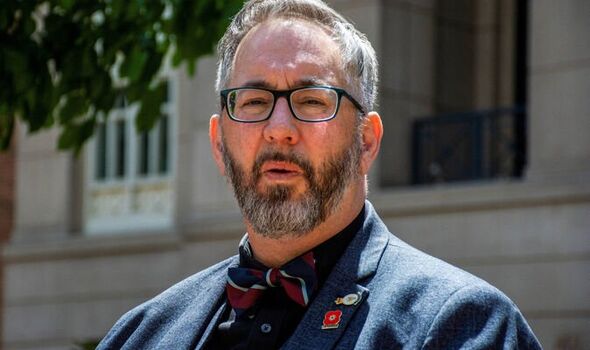 Mike Haines revealed that Alexanda Kotey – dubbed along with three other terrorists “The Beatles” due to their British accents – showed no emotion when he forgave him in a US court. Mike, 51, also told ITV’s Good Morning Britain that the trauma of David’s execution after he was taken hostage in Syria effectively killed their parents.

He said: “My mum slowly gave up on life and she slowly faded away until her death.

“My dad…in the 48 hours after I told my parents that David had gone, his dementia got so much worse…again he slowly faded.”

Mike, who joined the families of other murdered hostages for Kotey’s sentencing in Alexandria, Virginia, last week, said: “I expected to feel anger, I expected to feel hate. When I faced him it was grim satisfaction that he was in a court of law with his rights held up to the highest degree. It was a sense of closure.”

Pressed on whether he would like to have seen Kotey face capital punishment, Mike replied: “Absolutely no, sir, no – I wanted them to face justice for their crimes.”

Cell leader Mohammed Emwazi, 27, was killed by an American drone attack in 2015 while El Shafee Elsheikh and Aine Davis were caught and convicted.