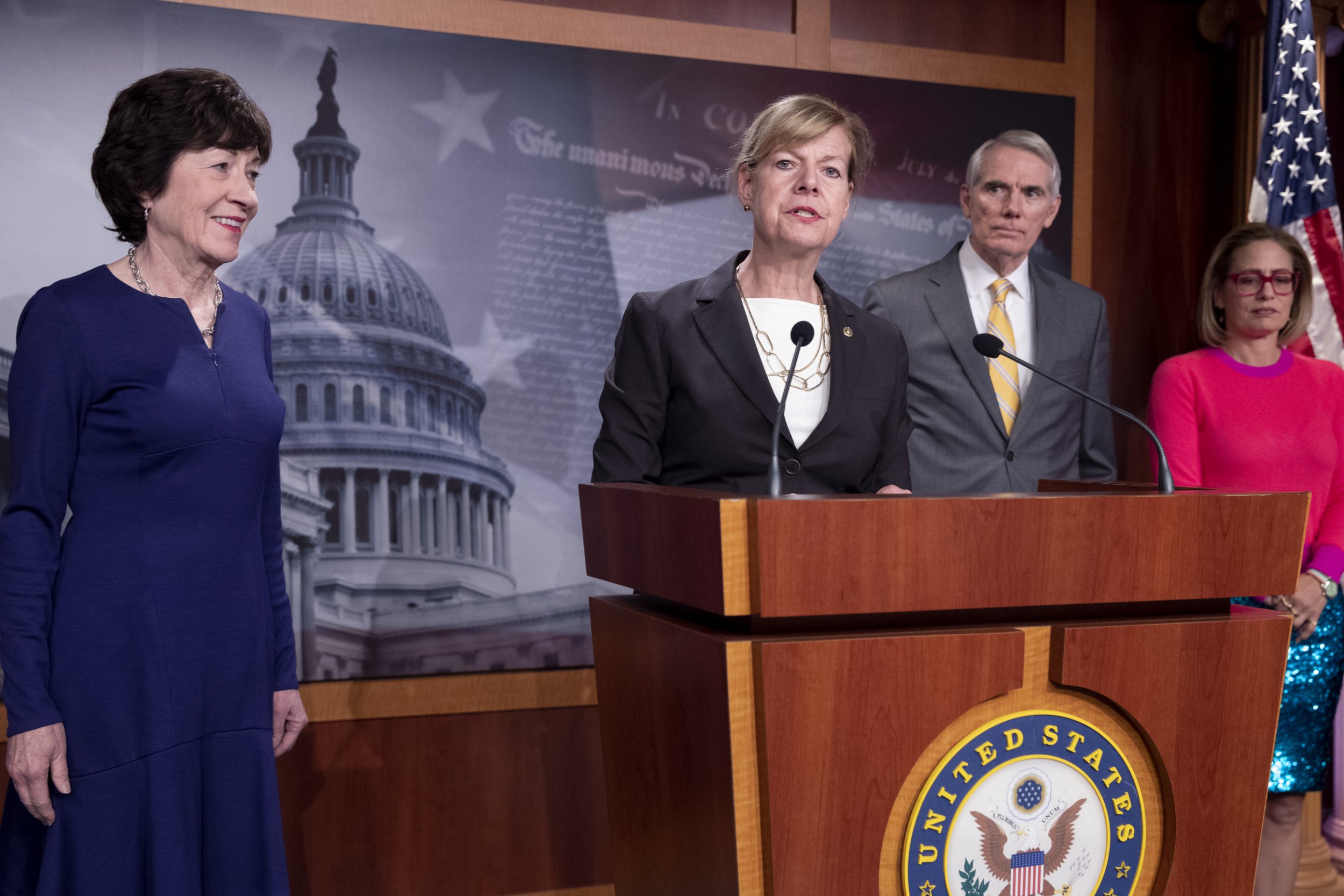 The US Senate has passed the Respect for Marriage Act in a bipartisan vote, which would enshrine same-sex and interracial marriage into law.

The bill will now move to the House of Representatives for a final vote. Democrats are hoping to move it through the chamber quickly while they still retain a narrow majority.

President Joe Biden has already indicated that he intends to ‘promptly and proudly’ sign the legislation after it passes both chambers of congress.

‘The United States is on the brink of reaffirming a fundamental truth: love is love, and Americans should have the right to marry the person they love,’ President Biden stated on Tuesday. ‘For millions of Americans, this legislation will safeguard the rights and protections to which LGBTQI+ and interracial couples and their children are entitled.’

The bill was pushed by a bipartisan group of senators, including Democrats Kyrsten Sinema of Arizona and Dianne Feinstein of California, and Republicans Susan Collins of Maine, Rob Portman of Ohio, and Thom Thillis of North Carolina.

Senator Tammy Baldwin of Wisconsin, the first openly gay woman elected to congress spoke passionately in favor of the bill on the Senate floor. She implored her colleagues to ‘give millions of people in same-sex and interracial marriages the certainty, dignity, and respect that they need and deserve.’

The final vote tally was 62-37 in favor of the bill. A total of 12 Republicans broke with their colleagues to pass the legislation, including former presidential candidate Mitt Romney of Utah.

An additional 47 House Republicans voted for an earlier version of the bill earlier this summer.

Same-sex marriage has been legal in the United States since 2015 after the Supreme Court decision in Obergefell v. Hodges.

Likewise, interracial marriage has been protected since the court found that states couldn’t pass laws against it in 1967 after the landmark case Loving v. Virginia.

However, these decisions have been seen as under threat since the Supreme Court overturned Roe v. Wade last June. Like Obergefell and Loving, Roe v. Wade was decided based on the implied constitutional right to privacy.

One conservative justice, Clarence Thomas, explicitly stated that the court should reconsider other decisions that were decided based on this legal reasoning, including Obergefell in order to ‘correct the error.’

Since then, supporters of same-sex marriage have pushed legislators to enshrine protections into law should the decision be overturned.