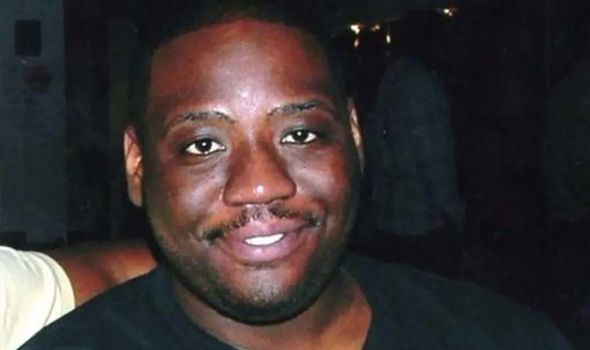 Seni Lewis, 23, died after he was restrained by 11 police officers as he suffered an acute psychotic episode while at a mental health unit. The tragedy exposed poor training in the use of force, racism within mental health services and other serious failings. An inquest concluded that Seni was the victim of “excessive, unreasonable and disproportionate” restraint.

Six of the officers faced disciplinary proceedings for alleged gross misconduct. They were all subsequently cleared.

Seni’s family have been campaigning for legislation to limit the use of force against mental health patients ever since his death in 2010.

Known as Seni’s Law, it received royal assent in 2018 but will only now come into operation following statutory guidance from the Government.

Mental health charity Mind, which backed calls for Seni’s Law, said: “For several years, Mind has been campaigning against the use of force and physical restraint, as well as structural racism within mental health services.

“Practices like face-down and chemical restraint can be humiliating and life-threatening and disproportionately affect black men like Seni.

“This enforcement is urgently needed.”

Shocking data has revealed black people are four times more likely to be restrained in hospital than whites.

Brought up in south London, Kingston University student Seni was known as a “gentle giant” by his friends.

He had no history of violence or mental illness when he was stricken with an acute psychotic illness in August 2010.

Police were called to the Bethlem Royal Hospital, Beckenham, south-east London, after Seni damaged a door.

Placed in a padded room, he had on two sets of handcuffs, was placed in leg restraints and was hit three times with a baton.

He was forcibly restrained on two occasions ‑ the first for 10 minutes and the second for 20 minutes. After he lost consciousness, officers were convinced Seni was “faking it” and left him on his own.

The young man died later after suffering a drastic loss of oxygen to the brain.

George Floyd’s death in May last year when an American police officer knelt on his neck brought Seni’s tragedy back to national attention.

Paul Farmer, chief executive of Mind, said mental health should be about therapy.

He said: “What happened to Seni Lewis was found to be excessive, unreasonable and disproportionate by an inquest – not to mention horrifying and inhumane.

“Being restrained by 11 police officers led directly to the awful death of this young man who needed and deserved compassionate treatment for his mental health. A mental health ward should be a therapeutic environment where people receive care to help them get better.

“We are pleased to see the Mental Health Units (Use of Force) Act (also known as Seni’s Law) finally come into force, but it can’t bring Seni back.

“It’s important this law reduces the use of force in mental health units, so nobody has to experience what Seni’s loved ones have been through.”

The Daily Express has teamed up with Mind to launch the By Your Side campaign to highlight the issue of mental health and put it “front and centre” of a national conversation.