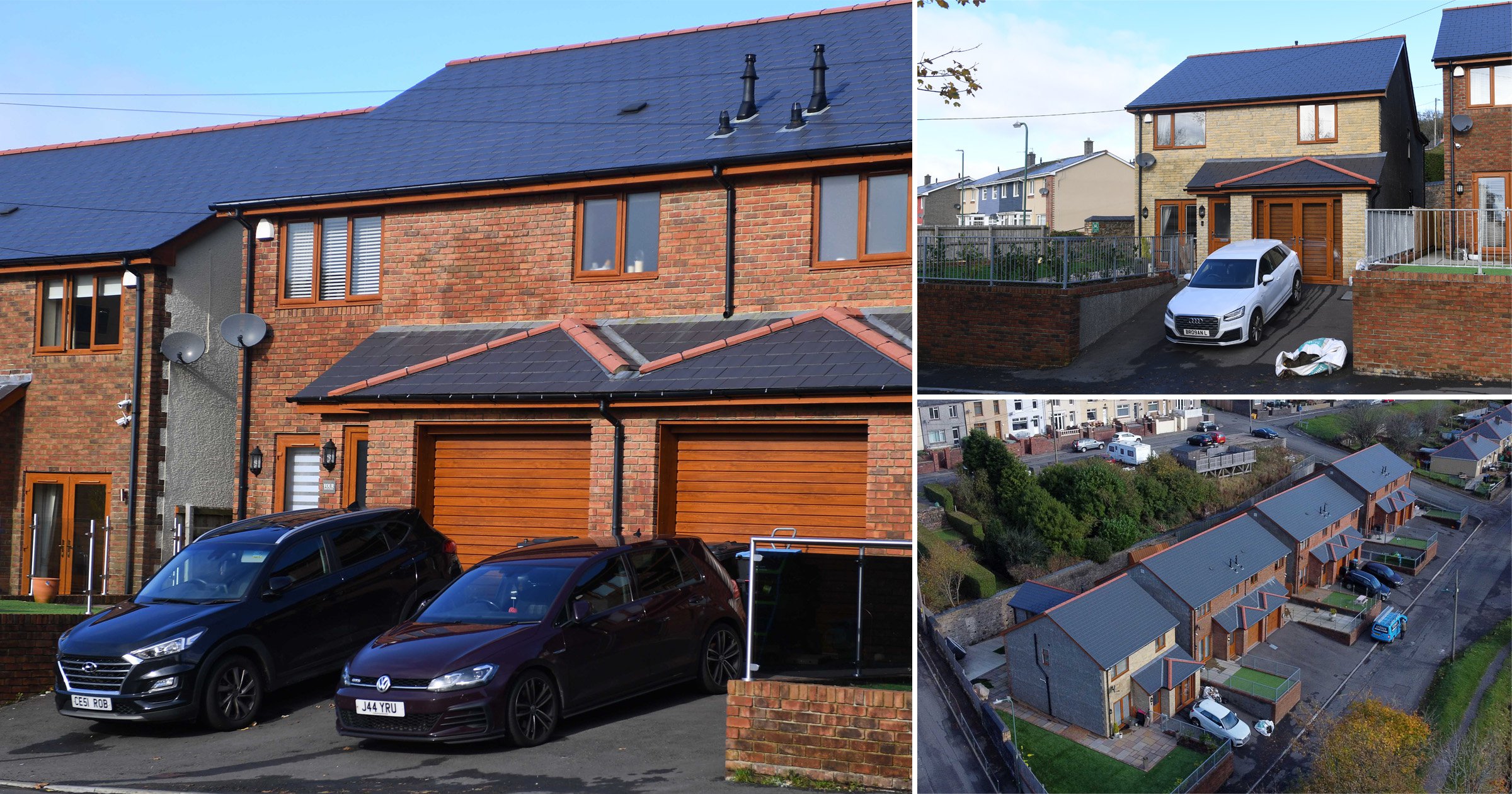 A group of seven homeowners face having their new countryside houses demolished after health and safety chiefs said their driveways are too steep.

A row of homes has been classed as dangerous because council officials believe cars parked in the houses’ 30-foot driveways could roll down into the lake across the road.

They also think visibility is hampered by the driveway walls which are apparently too high.

Homeowner Andrew Pugh said it would be ‘catastrophic’ if the houses, in the Welsh mountainside village of Blaina in Gwent, got torn down.

He said: ‘We’ve all paid about £200,000 each for these houses. We weren’t to know about these issues. We are in a state of shock at how this was allowed to happen.

‘As far as we were aware everything was above board and legally transparent.’

The homes in Rhes yr Ysgol – Welsh for School Row – were built where the old village school used to be.

Planning for houses was refused by Blaenau Gwent Council in 2014, but this was later overturned by Welsh government planning inspectors.

Eventually the properties – six semi-detached and one detached – were built in 2018 and people bought and moved into them.

But the council is now saying the homes were not built in line with the planning that was approved.

‘The alternative is to descend into chaos,’ one of the developer’s agents Peter Barnes said.

Those who live in the houses are also hoping the council will come to a ‘sensible solution’ which does not include razing the houses.

Councillor John Hill said: ‘We’re in a situation where we need to solve this and the answer can’t be demolishing the houses, we have to figure out a way of looking after those people.’

But planning officials have reportedly advised the council to refuse D3’s amended planning application to lower the houses’ walls.

This is because lowering the driveway walls does not do anything to change the risk of cars rolling into the lake.

On top of this, the planning application does not dispel the council’s concerns about visibility.

Planning officer Jane Engel said highways officers believe the issues had not been solved and the development ‘remains a potential hazard to the public highway’.

She added: ‘Consultation has been carried out with the owners/occupiers of all seven properties.’

Planning chiefs are set to meet tomorrow to decide the fate of the homes.