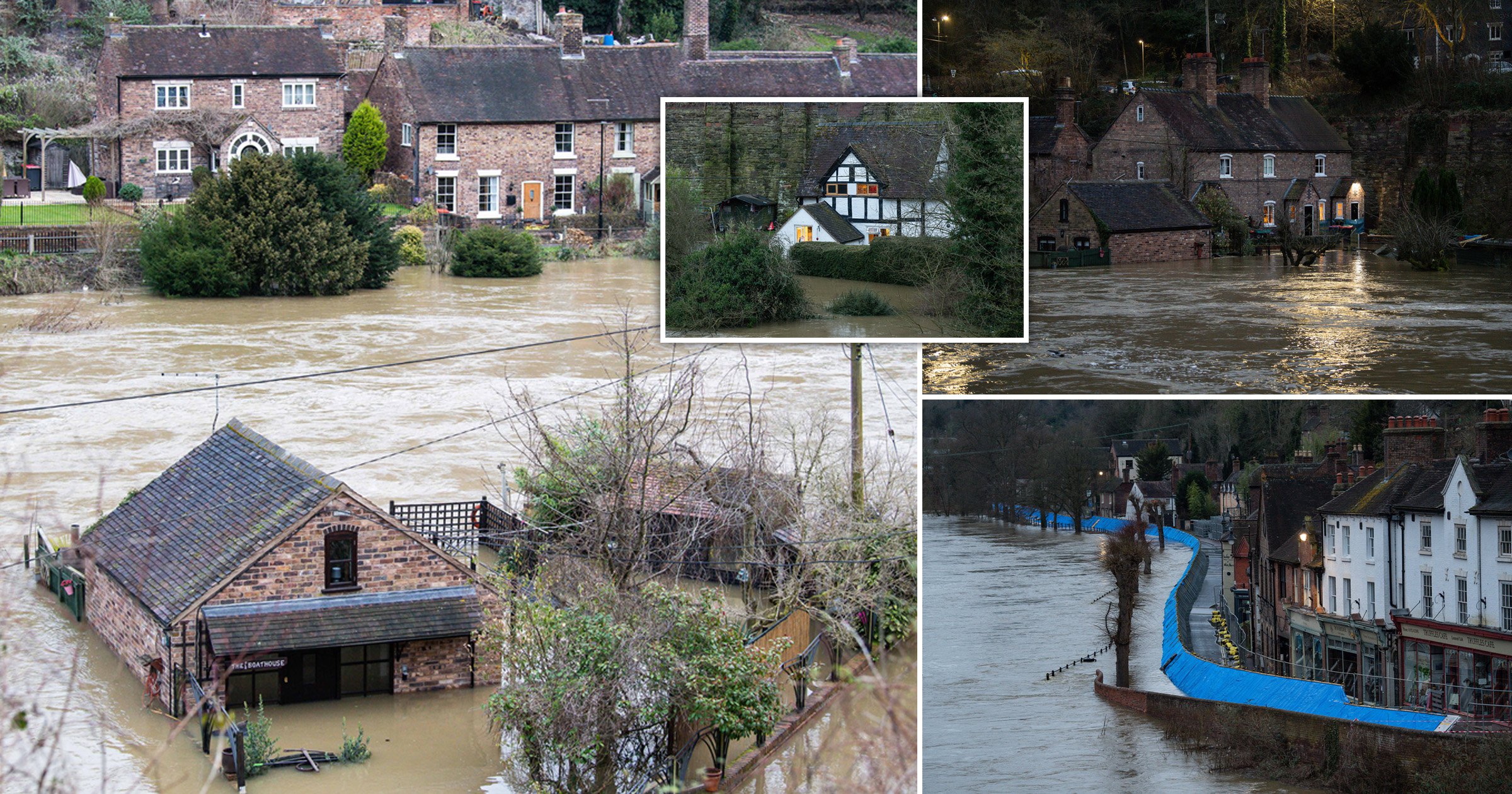 More heavy rain is likely to slow down the UK’s efforts to recover from three brutal storms as tens of thousands remain without power.

Unsettled weather is continuing to danger life in parts of the country with people being evacuated from their homes along the River Severn due to a ‘severe’ flood risk.

As of Monday afternoon, there were 30,000 households that still didn’t have electricity, many of whom had been disconnected for days.

An unprecedented three storms in a week – Dudley, Eunice and Franklin – have caused four deaths and multimillion pounds worth of damage.

A spokesman said while there will not be a ‘huge amount’ of rain on Tuesday, further downpours in flood-affected areas could ‘massively’ slow down recovery work.

Ironbridge in Shropshire and Bewdley in Worcestershire are thought to be most at risk as the River Severn threatens to overwhelm flood defences.

Some living closest to the river have been told to evacuate their houses with the risk of flooding not expected to alleviate until Wednesday. Major incidents have been declared by West Mercia Police.

National Rail said travellers should check before travelling on the railways as there are still a ‘small number of delays and alterations’ after days of disruption on the tracks.

Forecaster Mark Wilson said: ‘It’s been an improving picture following a really bad start to the week, with strong winds due to Storm Franklin.

‘Outbreaks of rain have been clearing off to the east, and some parts have been brighter but still windy, so not a great start but it has improved.

‘Overnight and in the early hours of Tuesday bands of rain and strong winds in the north of England, Scotland and Northern Ireland will begin to move, bringing scattered showers across many regions, including those which have already seen flooding.

‘Although there won’t be a huge amount of rain and it will pass through quickly, further rainfall on top of the regions which have seen flooding is not helpful and could cause recovery to slow down massively.’

UK Power Networks said on Monday evening 98% of properties across the East and South East have had their power restored.

Business and Energy Secretary Kwasi Kwarteng, told the House of Commons yesterday: ‘Some people particularly in the south and east of England have been without power for more than 72 hours. I want to reassure them that we have dedicated teams of engineers working night and day to get them reconnected as soon as possible.

‘Continuing poor weather conditions have hampered those efforts but I’m pleased to say that as of now, over 98% of those affected by storms, over 1.4 million customers have had their power restored so far, their supply restored.

‘However as of only four o’clock today there are still just under 30,000 households who are without power.’

He said extreme weather ‘could’ become a feature of the country’s climate due to environmental changes.

He said: ‘The UK has been particularly badly hit by storms this year, but I’m pleased to say that overall our network operators and our brave emergency services have learnt lessons about how we can improve our response and will continue to learn those lessons.’

‘We have teams out on the ground taking preventative action, closing flood gates, deploying temporary barriers and moving pumps and other response equipment to areas of highest risk.

‘While a handful of properties have sadly flooded over the past few days, Environment Agency defences have protected more than 40,000 properties despite record river levels.

‘We advise people to stay away from swollen rivers and not to drive through flood water as just 30cm of flowing water is enough to move your car.’