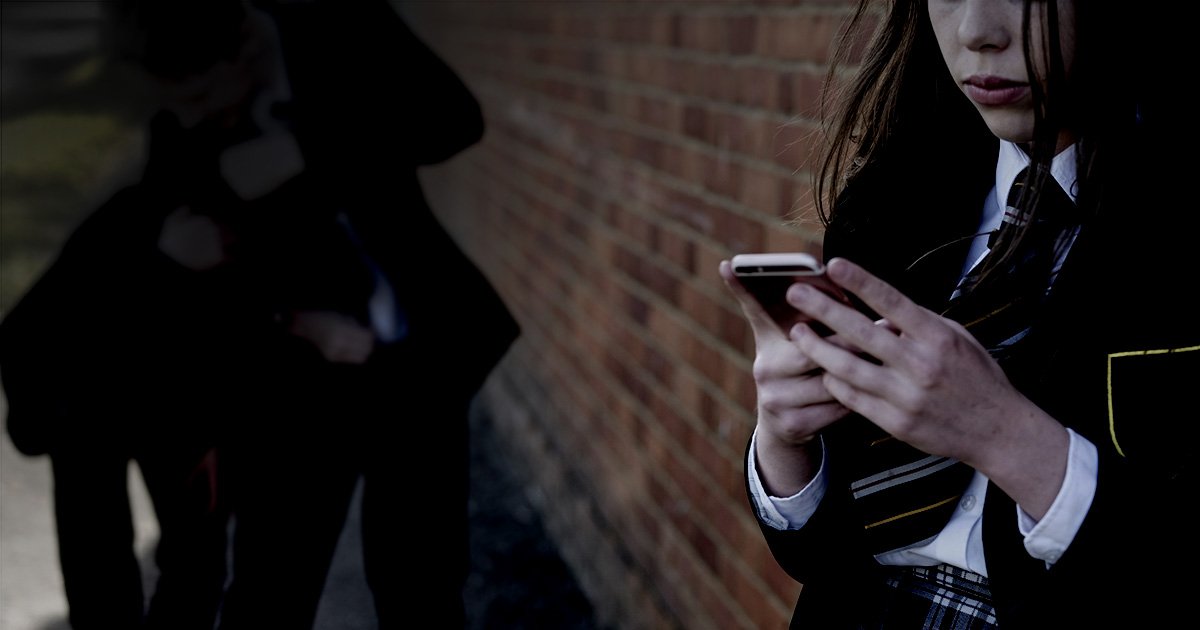 Sexual harassment has become ‘normalised’ among schoolchildren, an Ofsted review has found.

Around nine in 10 girls have experienced sexist name-calling or been sent unwanted explicit pictures, according to the report. Inspectors were also told that boys shared nude photos on platforms such as WhatsApp and Snapchat like a ‘collection game’.

But children often do not see the point of reporting sexual harassment because it happens so frequently and teachers either underestimate the problem or do not feel properly equipped to deal with it, the report suggests.

It recommends that instead of waiting for a complaint to be made, education leaders act on the assumption that sexual harassment is happening in their schools, even if they do not think there is an issue.

Ofsted visited 32 state and private schools and colleges and spoke to more than 900 young people about sexual harassment after thousands of anonymous testimonials were posted on website Everyone’s Invited.

On Wednesday night the website said it had reports of abuse from almost 3,000 schools in the UK.

Amanda Spielman, chief inspector of schools, said she was ‘shocked’ by the findings of the review, adding that sexual harassment should ‘have no place’ in the country’s education system.

She said: ‘It’s alarming that many children and young people, particularly girls, feel they have to accept sexual harassment as part of growing up.

‘Whether it’s happening at school or in their social life, they simply don’t feel it’s worth reporting.

‘This is a cultural issue; it’s about attitudes and behaviours becoming normalised, and schools and colleges can’t solve that by themselves.’

The review found around nine in 10 of the girls that inspectors spoke to said that sexist name calling and being sent unwanted explicit pictures or videos happened ‘a lot’ or ‘sometimes’.

Most children felt sex education did not give them the information and advice they needed to navigate the reality of their lives.

Girls were frustrated by the lack of clarity over what constitutes acceptable and unacceptable behaviour, and many had turned to social media or their peers to educate each other.

One female pupil told inspectors: ‘It shouldn’t be our responsibility to educate boys.’

Many teachers said they do not feel prepared to teach outside their subject specialism, or admitted they lack knowledge on topics such as consent, healthy relationships and sharing of sexual images.

Ofsted is calling on school and college leaders to develop a culture where all kinds of sexual harassment are recognised and addressed, including with sanctions when appropriate.

The review also calls on the Government to consider the findings as it develops the Online Safety Bill, in order to strengthen online safeguarding controls for children and young people.

Ms Spielman added: ‘Schools and colleges have a key role to play.

‘They can maintain the right culture in their corridors and they can provide RSHE [relationships, sex and health education] that reflects reality and equips young people with the information they need.’

Everyone’s Invited said it welcomed the report as ‘a positive step forward in the eradication of rape culture’.

But it added: ‘We know that many of the points raised in this Ofsted report were raised in 2016.

‘Why hasn’t anything happened since then? Who is going to make sure these recommendations are implemented?

‘How can we be sure that real change will come about after the Ofsted report?

‘We’ve had reports in the past and nothing has happened. What’s different now?’

Education Secretary Gavin Williamson said: ‘Sexual abuse in any form is completely unacceptable. No young person should feel that this is a normal part of their daily lives – schools are places of safety, not harmful behaviours that are tolerated instead of tackled.

‘Ofsted’s review has rightly highlighted where we can take specific and urgent action to address sexual abuse in education.’

Schools and colleges will be encouraged to dedicate inset day time to train staff on how to deal with sexual harassment among pupils as part of measures unveiled by the Department for Education (DfE).

Strengthened safeguarding guidance will be introduced to boost teacher confidence in identifying the issues – and the DfE will look to strengthen the relationships, sex and health education curriculum so teachers are clearer on when different elements should be taught.

Mr Williamson added: ‘By reflecting young people’s real experiences in what they are taught, I hope more people feel able to speak up where something isn’t right and call out activity that might previously have been written off as “normal”.’

But Labour’s shadow schools minister Peter Kyle accused the Conservatives of failing to take the actions needed to tackle sexual harassment and abuse in schools and colleges.

He said: ‘Action is needed now. Another generation of children and young people cannot be left to suffer due to Government inaction.’

Ofsted has published its review into sexual harassment among pupils.

Here are some of the most shocking findings after inspectors spoke to more than 900 young people about their experiences of sexual abuse and violence:

– Children said sexual violence typically occurred in unsupervised spaces outside of school, like parties or parks, but some girls had experienced unwanted touching in school corridors – with pupils in one school saying they were ‘touched up’ regularly in crowded corridors.

– Some young people and staff mentioned sexual and sexist comments happening in corridors, while some girls felt uncomfortable when boys walked behind them up stairs where people could see up their skirts from below.

– Pupils in several schools said harmful sexual behaviour happens at house parties, without adults present, and that alcohol and drugs are often involved. In one school, governors talked about a culture of ‘affluent neglect’ and leaders said some parents bought alcohol for their children to have at parties when they were away.

– In some schools, pupils talked about cultural factors that contributed to boys’ harmful sexual behaviour. One Year 12 boy talking about his peers said: ‘Essentially, they only spend time with boys, then hit puberty and start going to parties with booze and drugs and girls, and they don’t know how to handle it. And some of the boys are very wealthy and have never been told “no” before.’

– In another school, girls similarly reported that some of the boys had a sense of entitlement. They talked about a sense of ‘male superiority’ in the school.

– In one school, pupils said ‘body shaming’ and ‘slut shaming’ were common. Leaders were aware of the need to change what they referred to as the ‘rugby culture’, but this did not translate to all staff recognising the problem.

– In one school, pupils told inspectors that boys talk about whose ‘nudes’ they have and share them among themselves – ‘it’s like a collection game’. One Year 12 student said: ‘The problem is that it’s so widespread it’s like playing whack-a-mole.’

– Girls talked about boys being very persistent when asking for images and some explained that if you block them on social media ‘they just create multiple accounts to harass you’. In one school, pupils reported that some girls can be contacted by up to 10 or 11 different boys a night to be asked for nude/semi-nude images.

– There is some evidence that suggests access to technology and the sharing of inappropriate images and videos are also issues in primary schools. Incidents cited include viewing pornography and inappropriate images on social media. There was an example from a school of pupils in Years 6 and 7 sending nudes.

– Girls talked about feeling uncomfortable because of the behaviour of their peers on bus journeys, where they said they experienced the kind of sexual harassment and bullying behaviour that happened in school. Girls in one school said that boys often made ‘rape jokes’ on the school bus.

– In one school, children reported boys giving girls marks out of 10 based on their physical appearance while they were travelling to and from school.