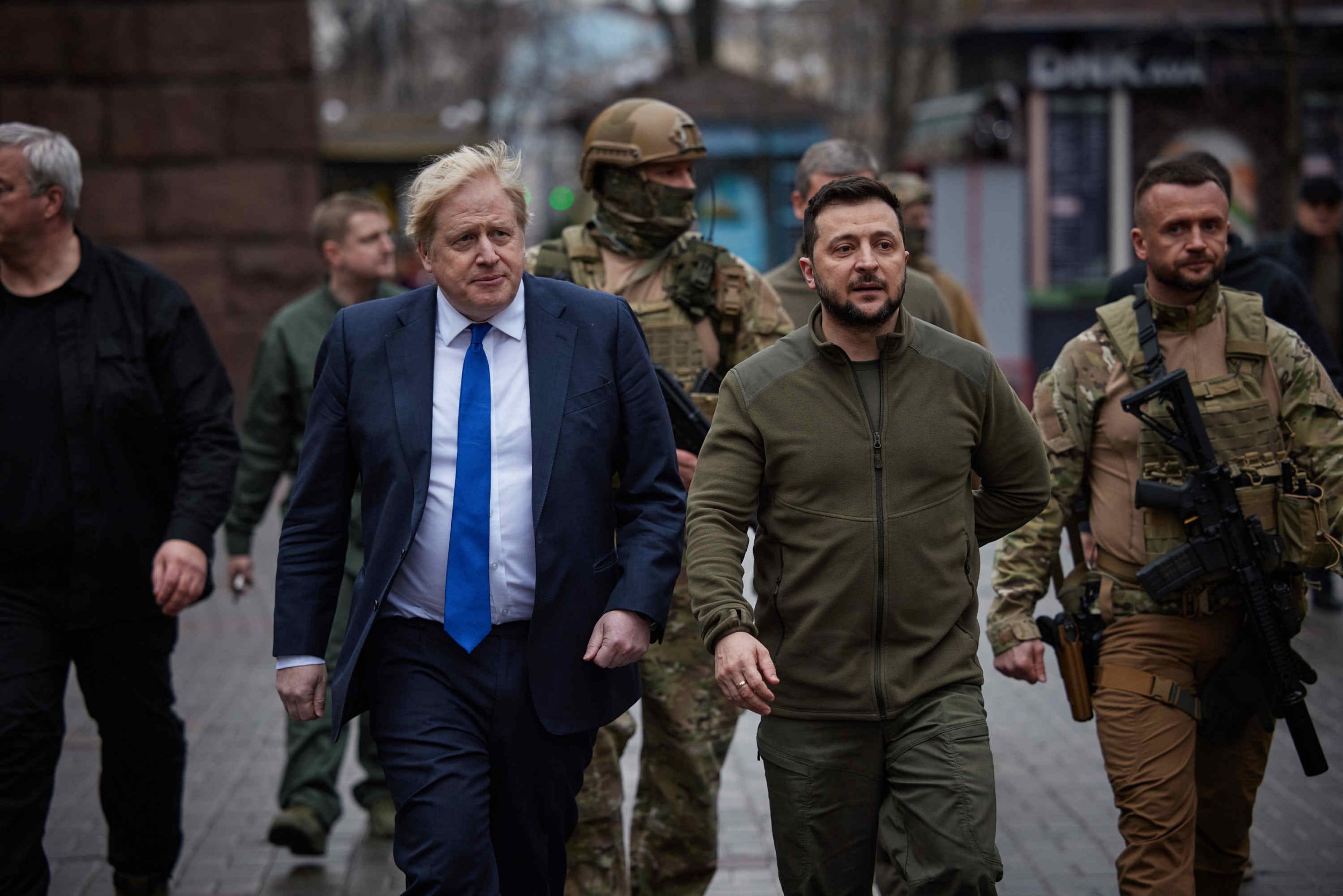 A ramshackle residential road in Ukraine is to be named after Boris Johnson, reports say.

Officials hailed the Prime Minister as a ‘principled opponent’ of Putin’s regime after he visited President Zelensky in Kyiv and promised to send him an arsenal of weapons.

The street in question is located in Fontanka, on the outskirts of Odesa, where the Ukrainian military are resisting Russian fighters.

Fontanka’s council revealed they had ‘new heroes’ as they issued the order to rename Mayakovsky Street as ‘Boris Johnson Street’, The Sun reports.

‘The Prime Minister of the United Kingdom is one of the most principled opponents of the Russian invasion, a leader in sanctions on Russia and defence support for Ukraine,’ the order states.

A quick look on Google Maps reveals ‘Boris Johnson Street’ appears to be in dire need of attention.

The single-track lane is full of potholes, while the Boris-like vegetation could do with a trim.

Fontanka’s tribute to the embattled PM follows Britain vowing to send over missile launchers amid Russia’s bid to capture the eastern Donbas region.

The Stormer weapons were shown off to Ukrainian generals by the Ministry of Defence (MoD) on Salisbury Plain two weeks ago and can be flown to the frontline within days.

Earlier this month, the PM travelled in secret to Kyiv in what No 10 said was a ‘show of solidarity’ with the Ukrainian people.

Mr Johnson’s visit was not announced in advance and only emerged when the Ukrainian embassy in London posted a picture of the two leaders together.