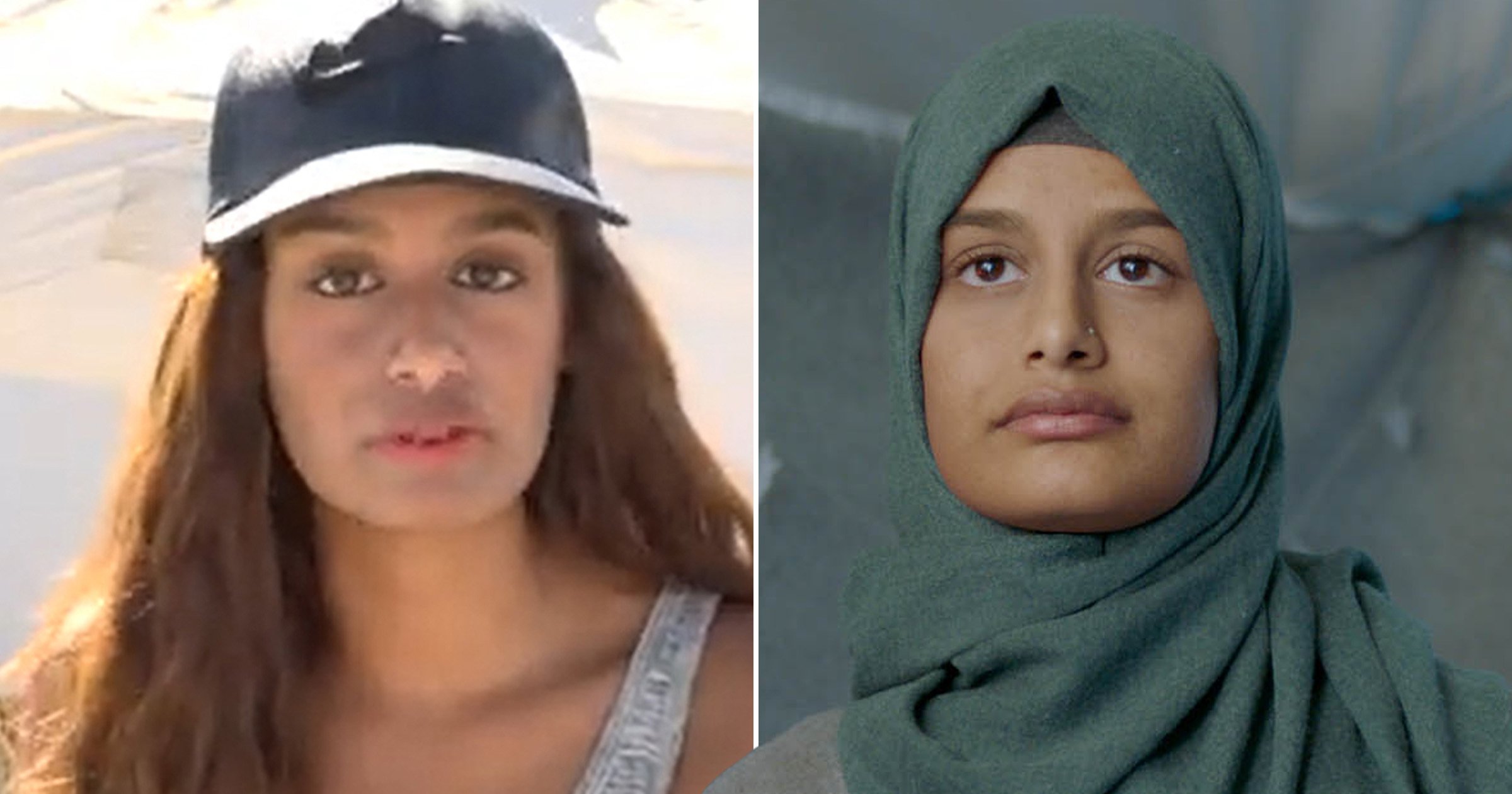 Shamima Begum has said she fears for her life after IS fanatics attempted to launch an arson attack on her tent in a prison camp, it has been reported.

The 22-year-old, who fled her east London home for Syria as a 15-year-old schoolgirl, is said to have become a prime target after denouncing the terror group and begging the British public for forgiveness in a bid to return to the UK.

Other IS brides in the camp are said to have vowed to kill Begum after she started adopting a more Western physical appearance – in stark contrast the traditional Islamic dress she previously adorned.

A source told The Sun: ‘Wearing trainers and make-up has angered the wives.’

It comes after her jihadi husband refused to condemn IS beheadings or the use of sex slaves in an interview from a Kurdish-run prison.

Yago Riedijk, 29, recalled the ‘beautiful memories’ with Begum, who he married days after she arrived in Syria.

Speaking from al-Roj prison, Riedijk said IS-claimed attacks on the West are not ‘Islamicly responsible’ as they involved killing innocent people.

But he refused to condemn the terror group’s violence against other Muslims and against Yazidis – many of whom have been sold off or kept as sex slaves.

When asked about IS beheadings and what Begum thought of them, the Dutch national said: ‘I can’t really comment’.

Riedijk was convicted in a Netherlands court in 2018 for joining the extremist group and will face a six-year jail term if he ever returns to Europe.

Begum was one of three schoolgirls from Bethnal Green Academy who fled the UK to join ISIS, arriving in Syria in December 2014.

Kadiza Sultana and Amira Abase, then 16 and 15 respectively, joined her on a flight from London to Istanbul before making their way to the war-torn country.

In 2019, aged 19, a heavily pregnant Begum was interviewed at a Syrian refugee camp, telling how she wanted to return to Britain.

She admitted to being a ‘poster girl’ for IS but said she didn’t regret leaving home to join the group as the experience had made her ‘stronger and tougher’.