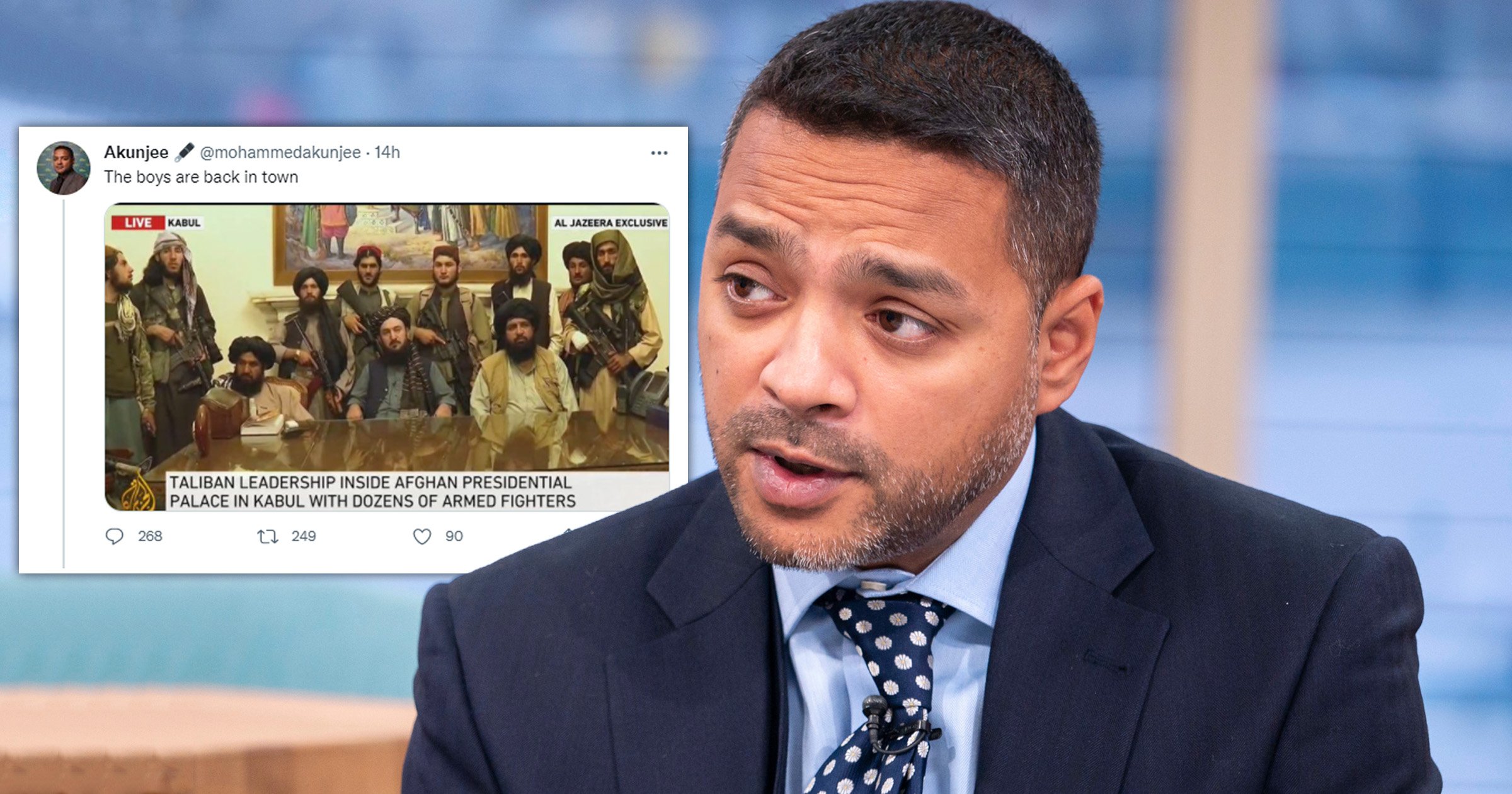 Shamima Begum’s former lawyer is facing an investigation by the legal watchdog after tweeting ‘The boys are back in town’ when the Taliban stormed Kabul.

In a now deleted tweet, Tasnime Akunjee shared a picture of the Islamist fighters in the Afghanistan capital, along with the reference to the Thin Lizzy song.

The criminal defence solicitor, who specialises in terrorism related offending, followed his post up with a link to the 1970s tune.

But his comment was soon slammed for being ‘disgracefully insensitive’ as a growing humanitarian crisis unfolds in the Middle East.

One upset person told him: ‘The fact that you make light of what’s a terrible situation where millions are now going to be brutally repressed reflects poorly on you.’

It was also alerted to the Law Society by another, who wrote: ‘This is disgracefully insensitive from one of your members.’

The Solicitors Regulation Authority, which has previously warned lawyers over ‘offensive communications’, confirmed it is looking into the tweet.

An SRA spokesperson said: ‘We are aware and are gathering information before considering any next steps.’

Mr Akunjee said he was being ironic after the stream of angry comments.

He wrote: ‘I see a bunch of people are purportedly upset at the “the boys are back” tweet earlier today – let’s look at the sort of people who possess no concept of irony.’

The lawyer then shared some of the racist and Islamophobic messages flooding his own inbox.

He later said he can only assume people were being ‘purposely dense’ over his tweet, adding: ‘The Boys Are Back in Town is a song about a criminal gang (The Quality Street Gang Manchester) who have returned following a sojourn…. this is controversial re the Taliban how exactly?’

Mr Akunjee made a name for himself after representing the families of three girls who fled the UK to join Isis in 2015.

A judge recently ordered Robinson to pay £100,000 in damages to the refugee after falsely claiming he had attacked ‘young English girls’ at the school.

In 2019, Mr Akunjee told Metro.co.uk about the almost daily threats he has received since representing Ms Begum’s family.

Get in touch with our news team by emailing us at [email protected]etro.co.uk.