Repeated shelling inside the plant’s complex over the past seven days has stirred new concerns of a nuclear accident. 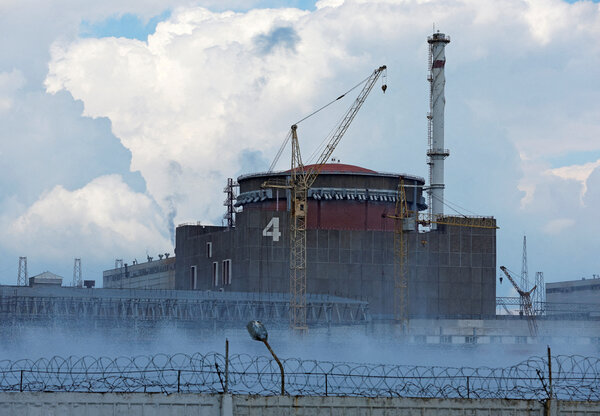 The fire was quickly extinguished. And although a Russian shell hit the No. 1 reactor, its thick walls protected it from damage, the Ukrainian government said at the time.

Now, five months later, repeated shelling inside the Zaporizhzhia Nuclear Power Plant complex over the past seven days has stirred new concerns, with Ukrainian and Western officials warning that the attacks heighten the risk of a nuclear accident.

Each side blames the other for the explosions at the plant.

The Ukrainians have accused the Russians of directing strikes there to cut off energy supplies to other cities and to try to discredit the Ukrainian military in the world’s eyes. The Russians say Ukraine is doing the shelling.

Both sides would suffer if a meltdown occurred and spread radioactive material.

Ukrainian officials have also expressed growing alarm over the working conditions at the facility. More than 10,000 Ukrainian employees are charged with keeping the plant running safely even as Russia has transformed it into a military fortress and engaged in what Ukrainian officials say is a campaign of intimidation and harassment.

Rafael M. Grossi, the head of the International Atomic Energy Agency, said Thursday at a meeting of the U.N. Security Council that the world faced a “grave hour” as the safety of the plant deteriorated and called for a team of international experts to be given access to the plant immediately.

Mr. Grossi said that for now there was “no immediate threat” as a result of the recent shelling but warned that the assessment “could change at any moment.”

The United States has called for the creation of a demilitarized zone around the plant, but Russia has given no indication that it would even consider leaving the facility.

President Volodymyr Zelensky of Ukraine, speaking to a nation that still bears the scars of nuclear catastrophe from the meltdown of the facility at Chernobyl in 1986, said the Kremlin was engaging in “unconcealed nuclear blackmail” and called the situation at the plant “one of the biggest crimes of the terrorist state.”

As world officials warn of the growing risk at the plant, here is a look at the situation and the most pressing concerns.

Shelling continued over the past week.

The Zaporizhzhia plant occupies a spot on the Dnipro River along the front lines of the war between Russia and Ukraine. The Ukrainian Army controls the west bank, while the Russians are entrenched around the plant on the river’s east bank.

On Aug. 5, shells struck the complex. Shelling has continued over the past week.

After shelling on Thursday, workers at the plant were forced to activate an emergency protection power unit, according to a statement from Energoatom, the Ukrainian agency responsible for running all of Ukraine’s nuclear power plants. It said the plant now stood the risk of operating without proper fire safety standards because of damage to its internal power systems.