During the Blue Collar Conservative Conference 2020, Timothy Taylor’s CEO Tim Dewey shared the unbelievable moment a man committed the theft of a backpack from a lorry while its owner was parking. Mr Dewey stated that the criminal was not caught despite the high quality CCTV evidence.

Mr Dewey said regarding the incident: “He was probably going from A to B but watch him put on the brakes.

“Because he has clearly noticed that the driver of this lorry is parking over there.

“I find this unbelievable.

“He looks in the lorry to see what’s inside and steal the backpack. 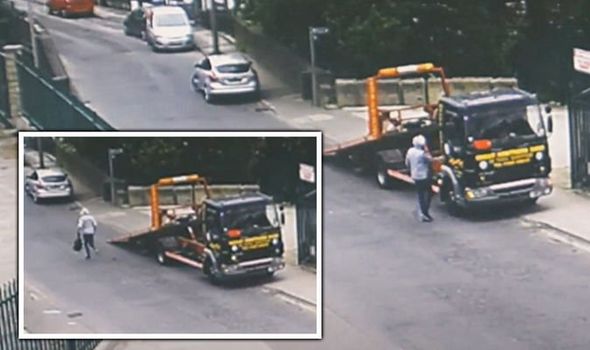 “That is why we have fences, CCTV, etc.

“We rent this out to one of the local car dealerships, they had a range rover, word got around and that night people came in, cut a whole in the fence and basically dismantled the range rover before the security guy could notice it on the CCTV.”

He added: “I’ve never heard that this was resolved.

“We told the police, we had high quality CCTV evidence.

“But I have never heard that anything came of it.”

According to the ONS, there were 5.8 million crimes committed in England and Wales from April last year to March this year.

Overall crime is down nine percent with a 12 pecent fall in theft and a 13 percent fall in criminal damage.

Statistics showed a 10 percent increase in homicides to 683. 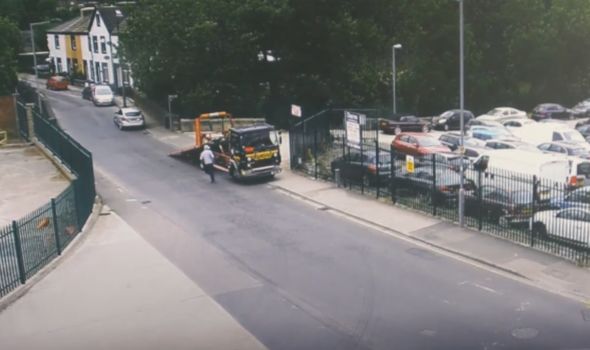 Overall, theft dropped by 12 percent and burglary was down by nine percent.

Sophie Sanders, from the ONS Centre for Crime and Justice, said overall crime rates were lower in the months leading up to the outbreak compared with early 2019, but before lockdown police-recorded crime increased.

She added: “This has been driven, largely, by a rise in high-volume offences including violence without injury, stalking and harassment, and fraud and computer misuse, which, apart from the latter, have been influenced by improvements in recording practices.”