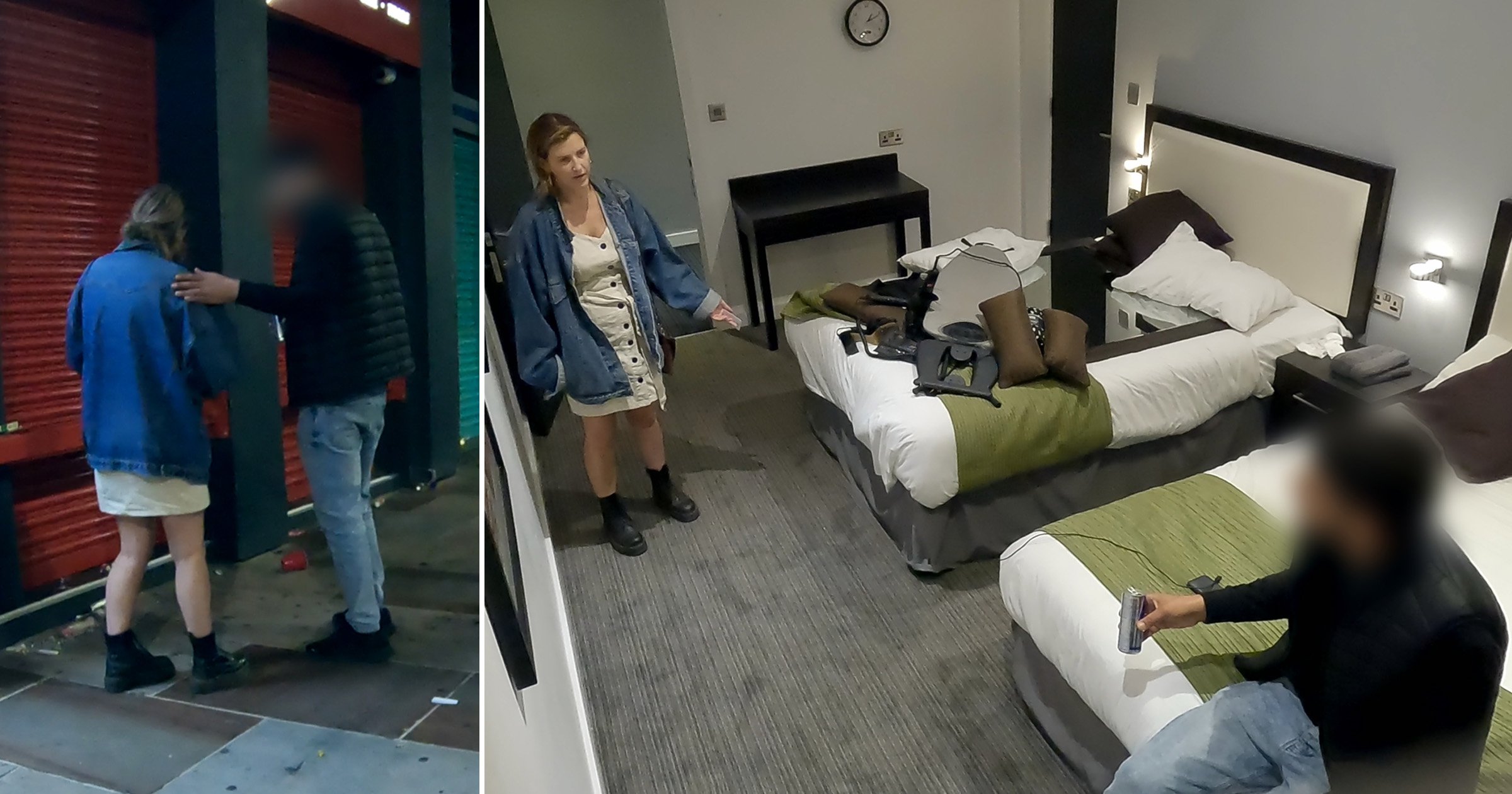 Shocking footage shows the moment a man followed an undercover reporter who was pretending to be drunk back to her hotel room.

A clip from Dispatches documentary Undercover: Sexual Harassment – The Truth, shows reporter Ellie Flynn asking the man sitting on a bed in her hotel room: ‘What are you doing?’

The documentary explores sexual harassment and assault in public spaces in the UK.

It shows Ellie’s experiment as she acts like a drunk person who has been separated from her friends on nights out in both London and Liverpool, to see how the public respond.

The confrontation took place in Ellie’s Liverpool hotel room which had been rigged with cameras while a security team was stationed in a nearby bathroom.

After a man approaches her and follows her back to the room, the clip shows the frightening moment he walks in the room despite not being invited.

At the beginning of the clip, which is created using both Ellie’s body camera and the cameras stationed in the rooms, Ellie’s voiceover says: ‘I can’t believe this man has followed me all the way back to my hotel room. It’s time for me to confront him’.

In the footage, ‘drunk’ Ellie directs the man to ‘sit there’ as she points to a bed.

As the man, whose face has been blurred out and whose voice has been altered, tries to take off his shoes, Ellie’s voice becomes more commanding as she says: ‘sit down there’.

He sits on the bed before Ellie, now appearing completely sober, asks him: ‘Why have you followed me here?’ to which the man replies: ‘I like you.’

Ellie replies: ‘I didn’t give you any indication that I wanted you to follow me here. So why have you followed me here?’

The man, who is carrying a can of Red Bull, replies: ‘We came together.’

Ellie then shakes her head and replies: ‘No, I told you I was fine on my own.’

Writing in The Times, Ellie revealed her fear in the moment she confronted a man – although thankfully, she added the security team didn’t need to step in to remove him.

She wrote: ‘Seeing your previous, vulnerable, drunk self through sober eyes is a chilling experience — and nothing could truly prepare me for what came next.’

While she has plenty of experience working undercover, she admitted she was ‘really afraid’ as she was trailed back to her hotel room.

Writing about the moment she confronted the man, Ellie said: ‘I was acutely conscious of being in such an enclosed space with a man I believe could have been a sexual predator.’

She also revealed that, after she confronted him and asked him to leave, the man turned back to her at the door and asked her for a kiss – which she described as the most ‘appalling’ act of harassment.