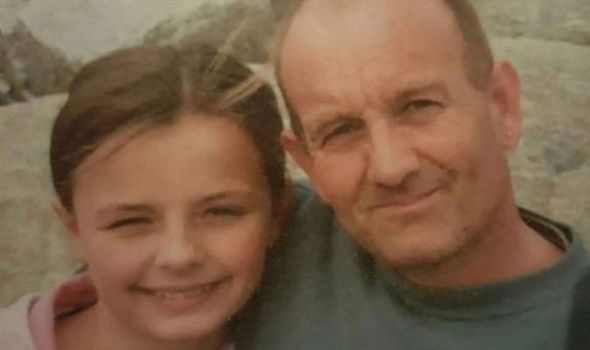 Rio Dickinson, 20, died on June 26, just days after pleading guilty to the neglect of over 120 animals. An inquest has been opened into the circumstances surrounding her death, but her family believes cruel and hateful comments on social media made the 20-year-old feel unable to carry on.

Her stepmother, Michelle O’Shaunessy, said Rio was tried once by the courts and then over and over on social media.

She and Rio’s father, Phil Dickinson, believe Rio became fixated on the comments and are calling for tighter regulations on social media.

Ms O’Shaunessy told TeessideLive: “She was always sensitive and if somebody was horrible she would take it to heart thinking, ‘What have I done to deserve that?’ She was fixated on the comments.

“Her friend used to say, ‘Don’t fixate on it, these people don’t know all the sides of the story’. I think people should be protected from this. Even though she was 20 she was still our little girl and we wanted to protect her. There is so much hate out there. Think before you write stuff, it can hurt and do serious harm. Something needs to be done.”

Rio and her ex-partner, Hannah Olivia Wilkinson had pleaded guilty to five counts of unnecessary suffering to animals.

They had rented land at Bog Hall Farm in Mordon, County Durham, and kept hens, chickens, quails, ducks and guinea fowl. They were also responsible for two sheep, hamsters, guinea pigs, parakeets, a goat and a rabbit.

Teesside Magistrates’ Court heard in June how they operated without a licence or vet support and concerns were raised by people who bought animals from them and found them covered in lice.

The farm operator told the court that he found animals with no food, water and lots of dead animals in plastic bags to be burnt, despite it being illegal to dispose of them this way.

Ms O’Shaunessy said Rio was suffering with mental health issues at the time the offences were committed. This was also mentioned by Rio’s legal representative during the court case.

She said: “We didn’t realise how bad it was. We knew she was struggling but I had a mental breakdown myself so we could help each other out.

“She would just say, ‘I don’t think about it too much because I will just cry’, which is just Rio.”

She said her step-daughter had always dreamed of working with animals since she was a little girl and planned on getting a three-bedroomed house with a girlfriend and having a family in the future.

She continued: “She was very popular, and she always liked to help people. She was always helping people.

“All I can say is as soon as Rio walked into a room, it lit up.”

A fundraising page has been set up by Rio’s friend Courtney Buckle to help the family pay for the unexpected funeral costs. Find out more here.

You can contact Samaritans confidentially and free of charge on 116123, email [email protected]samaritans.org or find the details for your local branch at www.samaritans.org.