The Duke and Duchess of Sussex joined William and Kate, the Prince and Princess of Wales, to admire tributes left for the Queen outside Windsor Castle and greet crowds on Saturday, September 10. This was a rare public appearance for Harry and Meghan alongside other royals, having stepped back from their royal duties two years ago.

In January 2020, the couple announced their decision to step down from their position in the Firm and transition to “carve out a progressive new role within this institution”.

They chose to relocate to Montecito, California, where they are raising their children and pursuing other projects to become financially independent.

Harry and Meghan’s titles remain unchanged despite the duke moving up the line of succession from sixth to fifth.

As their children Archie, three, and Lilibet, one, are now grandchildren of the monarch they are entitled to be prince and princess – yet it is not known whether they will adopt these titles. 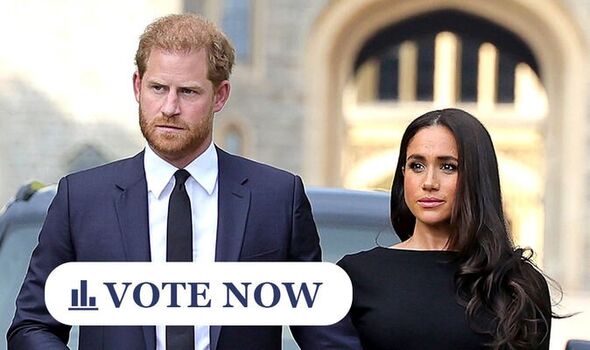 The couple’s children are now expected to travel to the UK for the funeral.

The loss of the Queen could be used as an opportunity for Harry and Meghan to reunite with the Royal Family and resolve rifts.

Royal Family LIVE: Harry and William tipped to walk side by side [LATEST]
Meghan and Harry’s decision to bring Archie and Lilibet to UK [IPDATE]
‘Lonely place up there now without her’ Harry’s emotional words [INSIGHT] 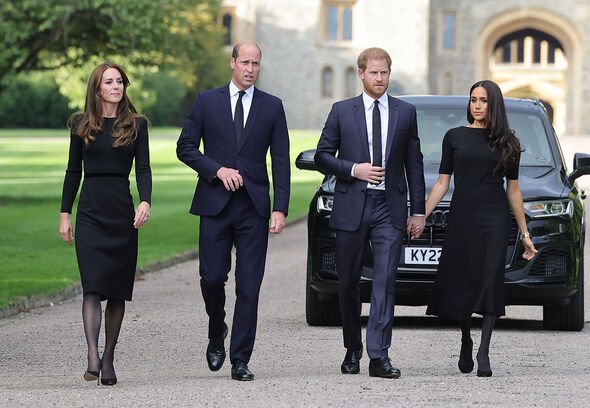 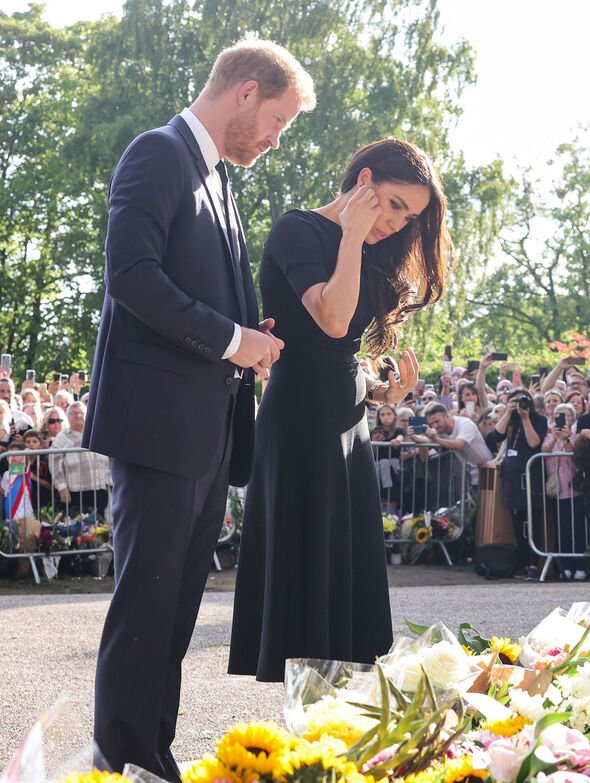 In his first address to the nation, King Charles expressed his “love for Harry and Meghan as they continue to build their lives overseas.”

His Majesty could offer to welcome Harry and Meghan back as part-time working royals.

So what do YOU think? Should Harry and Meghan rejoin the Royal Family after the Queen’s death? Vote in our poll and leave your thoughts in the comment section below.