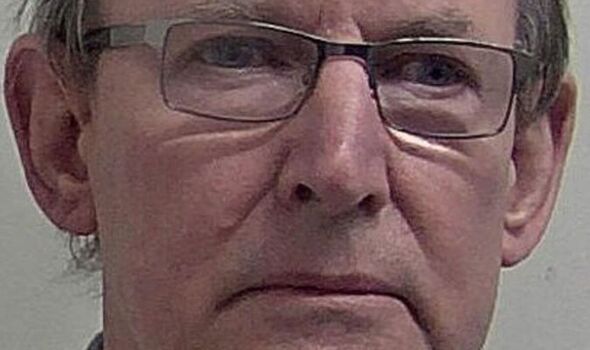 David Fuller, 68, has been handed a four-year prison sentence for the “systematic” sexual abuse of women’s bodies. Fuller filmed himself abusing the corpses in the now-closed Kent and Sussex Hospital and the Tunbridge Wells Hospital, in Pembury, where he had worked since 1989. Fuller is already serving a whole life sentence for beating and strangling Wendy Knell, 25, and Caroline Pierce, 20, to death before sexually assaulting them in two separate attacks in Tunbridge Wells, Kent, in 1987. He pleaded guilty to the two murders and 44 charges relating to 78 victims in mortuaries at Maidstone and Tunbridge Wells NHS Trust between 2008 and November 2020. Last month he also admitted to sexually abusing an additional 23 dead women.

The daughter of one of his victims described her “disgust” at the “sick and twisted” acts of Fuller.

Reading a personal impact statement in court said the “pain and emotional upset” of finding out what had happened to her mother was “seared through my body like a knife”.

Addressing the defendant in the dock, she said: “David, I want you to know how much damage you have caused, how your sick and twisted behaviour has damaged families like mine.

“I’m pleased you are now being held accountable for what you did only seven hours after she died.”

Michael Bisgrove, prosecuting told the court how Fuller had abused the bodies of at least 101 girls and women, but 10 remained unidentified and would likely never be.

Sentencing Judge Justice Cheema-Grubb said Fuller would spend “the rest of his mortal life behind bars”.

She said his crimes had “never been encountered before in legal history”.

Ms Clark added: “It was vital for us to bring these additional charges for the women we could identify, and those we sadly couldn’t, to reflect his offending and bring justice for the families that we can.

“The horrors of this case will no doubt remain with everyone who has worked so tirelessly to bring the case to a close.”

As a result of the case the Government launched an independent inquiry into how Fuller went undetected in what have been dubbed the “bedsit murders”.

In 1987 Ms Knell was found dead in her Guildford Road apartment while Ms Pierce was snatched five months later outside her home in Grosvenor Park.

Ms Pierce’s naked body was discovered in a water-filled dyke at St Mary in the Marsh several weeks later.

Police discovered a library of images of Fuller abusing corpses during a search of his three-bedroom semi-detached home in Heathfield, East Sussex, where he lived with his family.