MPs are calling for major change in the care of sickle cell patients after “serious failings” identified in an inquiry.

An all-party parliamentary group inquiry report has been published, highlighting failures in the care and treatment of sickle cell patients.

Sickle cell disease is a hereditary blood disorder which can cause episodes of excruciating pain, these are called a sickle cell crisis – the condition can be fatal.

The No One’s Listening report highlights the key findings from the inquiry, including evidence of substandard care in A&E and general wards, as well as low awareness and education on sickle cell among staff, insufficient investment and negative attitudes that are often underpinned by racism.

She had her first crisis at 14 months old and has since suffered a stroke, multiple seizures and chronic pain.

Ms George feels let down by the treatment she has received at hospital.

She told Sky News: “My A&E experiences are the ones I’d say I’m really traumatised about.

“You go into A&E and you’re waiting for an hour, maybe two hours for your first dose of pain relief.”

She’s also encountered negative attitudes from healthcare staff, saying she’s been called “a drug addict” during a crisis and says she’s often told “you don’t look like you’re in pain, so you don’t need the medication”. 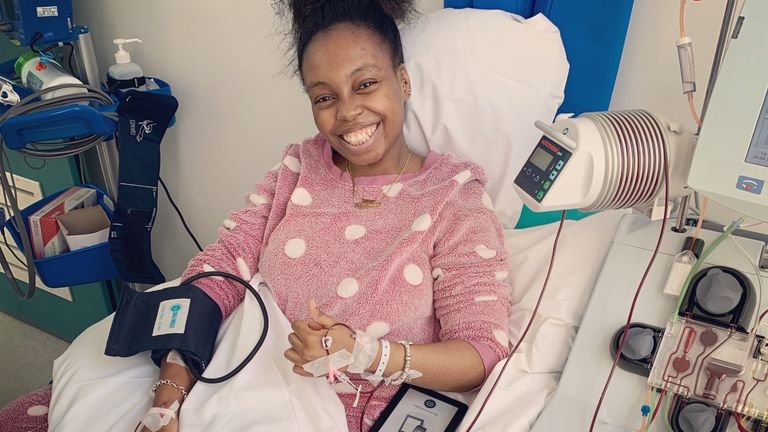 Ms George added: “The way staff behave sometimes, that’s what has really impacted me in recent years to the point I have had to see a psychologist because of these experiences that I have had.

John James, chief executive of the Sickle Cell Society, told Sky News: “The fact that the vast majority of trusts don’t administer pain relief in time, the fact that they have racist or other negative attitudes towards people with sickle cell highlights already that there needs to be training and development and communication.

“There are preventable deaths that occur of people who live with this condition by virtue of lack of education, lack of training and poor communication between A&E, general wards and the haematology wards.”

He added: “It is clear that race does play a factor and anybody that says, ‘well no, it doesn’t’, if you look at sickle cell as a whole over the decades, why has there been a lack of investment?

“Why has there been underfunding when compared to other like-conditions? So race does play a factor.”

Professor Dame Elizabeth Anionwu, the first sickle cell and thalassemia nurse specialist in the UK, told Sky News that health care professionals must “listen to the people who were born with this illness, who’ve grown up with this illness”.

“Don’t take it personally as a health professional, this is somebody who has to live with the illness all their life. 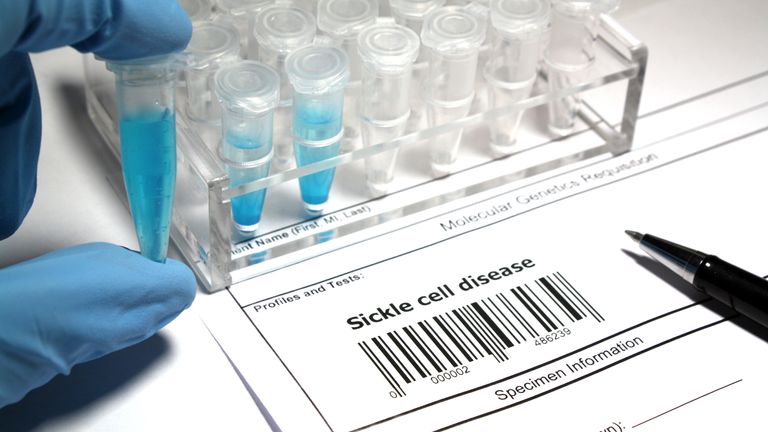 In a statement, an NHS spokesperson said: “Sickle cell disease can be an extremely debilitating, distressing condition and NHS England recently overhauled the way treatment is delivered to patients with 10 new centres for sickle cell disease being set up across the country, including dozens of specialist teams.

“While specialist services are central to these improvements, it’s also important that each part of the NHS works with patients to improve ongoing care.”