Air defence systems have reportedly been installed on the rooftops of several buildings in Moscow amid fears that Ukraine could launch a full-scale attack.

Pictures have circulated on social media of what appears to be Pantsir-S1 air defence systems perched on the roof of the Russian defence ministry’s National Defence Management Centre, which is considered to be the heart of Putin’s wartime operations.

A second set of turrets have also been installed on the roof of an administrative building in Teterinsky Lane, Taganka district – around one-and-a-half miles away from the Kremlin.

Pro-Russian Telegram channel Military Informant has acknowledged the move is an admission from Moscow the city is now vulnerable, with the deployment underscoring fears the ‘the military are afraid of a possible strike’.

The move follows earlier reports of S-400 missile defence systems appearing in around half a dozen locations around the outskirts of Moscow this week.

Despite funnelling arms and equipment into Ukraine since the start of the war, the US and Nato have refused to provide them with weapons that could be used for attacks inside of Russia.

‘We’re not going to send to Ukraine rocket systems that strike into Russia,’ President Biden said back in May 2022. 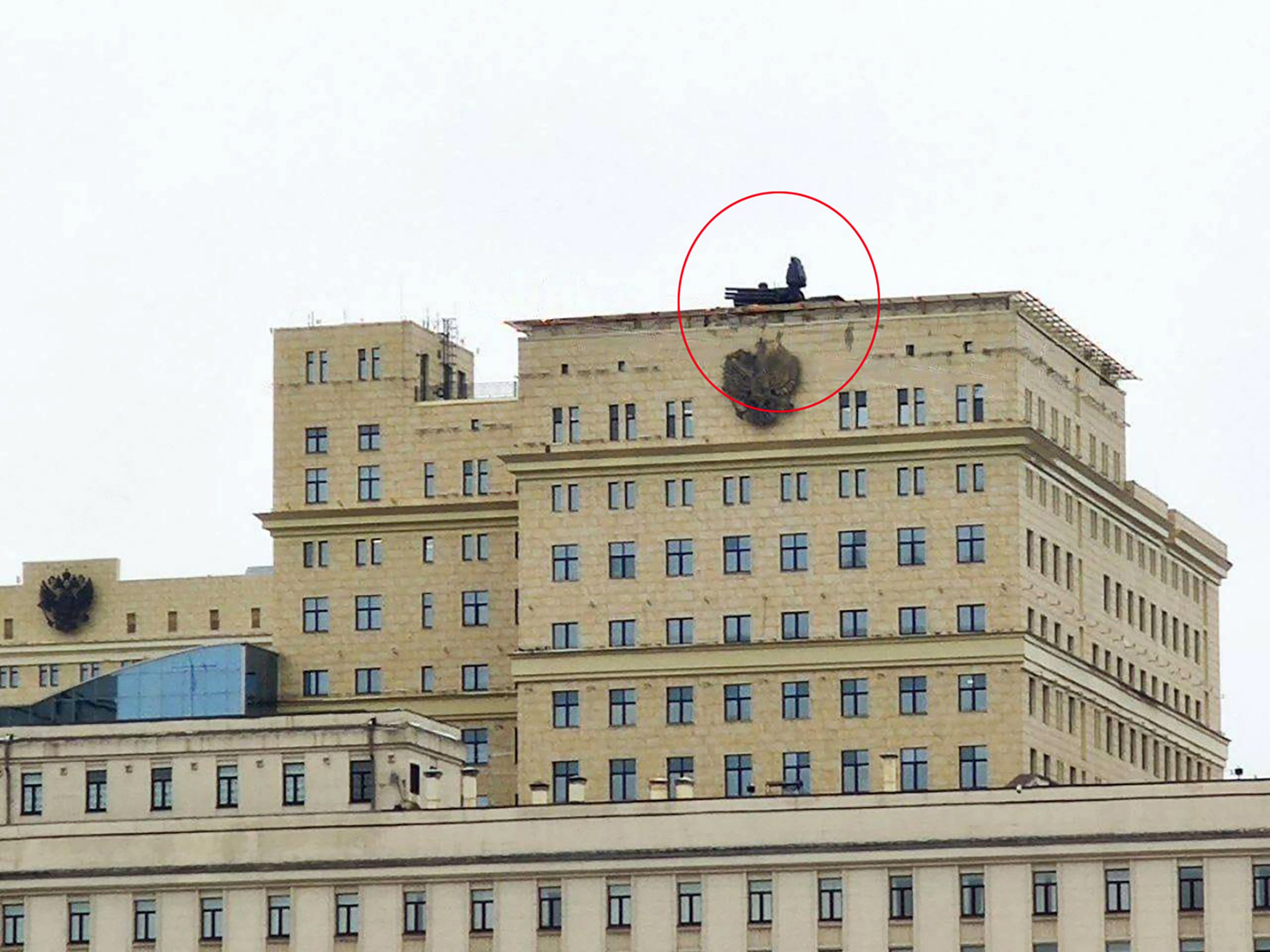 But after being blocked from using Nato missiles to hit Russian territory, Kyiv is now seeking to develop its own.

The attacks led to warnings in Russia that Moscow was at risk from the ‘enemy’.

‘It will mean bringing the conflict to a whole new level, which, of course, will not bode well from the point of view of global and pan-European security.’

‘I am asked to comment on the instalment of air defence systems in several Moscow parks, and on roofs of buildings,’ he said.

‘Pictures and videos are shared in various Telegram channels…

‘I see a very positive signal in this.’

The turrets meant defence chiefs ‘clearly understand all risks, and understand that strikes at Moscow and the Moscow region are a question of time’.

‘It is good they started to prepare in advance, and not after the first strikes,’ Mr Kots added.

Meanwhile in Kyiv, the appearance of the turrets has been met with mockery and has been used as further proof of the Kremlin’s faltering war effort.

Saint Javelin, an account used to raise funds for Ukraine, tweeted: ‘Great news! The “Pantsir-S1″ air defense systems have been successfully installed on multiple buildings in Moscow near the Kremlin, including the Ministry of Defense building. Everything goes according to plan, right?’

Despite multiple strikes by the Russian aggressor on Ukraine capital Kyiv, Moscow has not yet been hit.