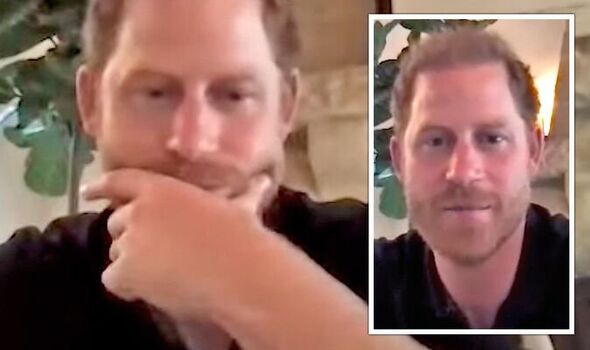 Prince Harry cheered along with the team after the call started, ahead of the Invictus Games that will take place in Hague, the Netherlands, starting next week. But everyone stopped smiling shortly after Harry asked the captain of the team how she is feeling to be leading the “rowdy bunch” of athletes.

Prince Harry told Rachel Williamson: “So far it seems like you are doing well, but the fact that they are all sitting down…” – to which she chuckled.

And he went on asking: “Are you excited? Are you nervous?”

Ms Williamson replied that she feels indeed both excited and nervous, after a “very long journey” to get where she is now, and continued by praising the team and everyone’s efforts.

And then Prince Harry insisted, trying to lift the spirit of the team, as everyone was quiet at the time.

Prince Harry asked: “Is everyone excited or are people nervous?”

Without knowing how to respond, the members of the team sat there in silence for an awkward moment.

This lasted until everyone started cheering again, and Prince Harry joined them laughing and cheering.

The brief call continued with more awkward moments, like when Harry looked for his old coach, asking: “Is my PTI from Sandhurst in here somewhere?

When everyone pointed at her, Harry said: “There she is! I can’t believe after 15 years our paths are crossing again. You used to shout at me so much!”

Everyone laughed, and she responded, chuckling: “You needed it!”

Harry surprised Team UK with a video call as members gathered for a final training camp before the start of the Games.

The Invictus Games were founded by the duke with an aim to aid the rehabilitation of injured or sick military personnel and veterans from across the globe.