Video taken in Grant Gardens, previously Liverpool Necropolis and now a public park on Everton Road, shows the formation of the hole. The sinkhole is said to have formed over the site of a former crypt that was not filled in correctly.

Footage shows a substantial hole which has exposed the underground area.

Grant Gardens was opened in 1914, sitting above a former cemetery which is believed to hold up to 80,000 bodies.

Memorials and structures from the graveyard have since been removed, however the graves themselves remain intact underground.A spokesperson for Liverpool City Council said: “Grant Gardens was originally a cemetery in the 19th century and was turned into a public park in the inter-war years. 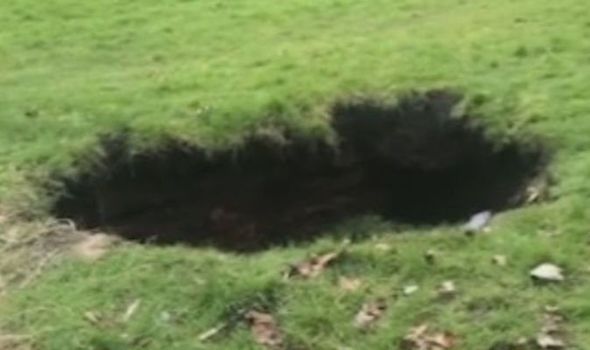 “The sinkhole is the result of a former crypt that was not filled in correctly at the time.”

The sinkhole was reported as a cause for concern by a dog walker on Friday evening and the area was quickly cordoned off.

The appearance of the sinkhole prompted a number of residents to take to social media, with many people posting comments on Facebook.

Shirley Hand said: “I took the video before it was cordoned off. We had to get off the grass quickly as it was sinking under our feet. It was really eerie looking down the hole knowing that many years ago the park was a burial ground.” 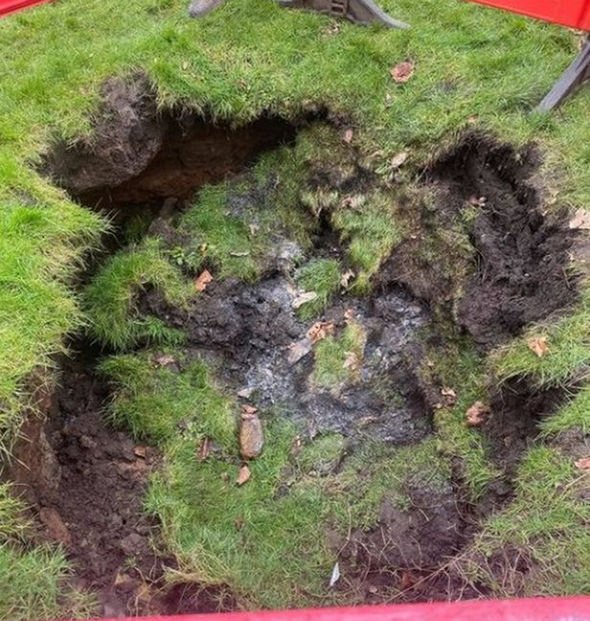 A Liverpool City Council spokesperson added: “Emergency duty officers attended the site at the weekend and have made the hole good and a mound will now be created. We imagine the wet weather contributed to it being formed.”