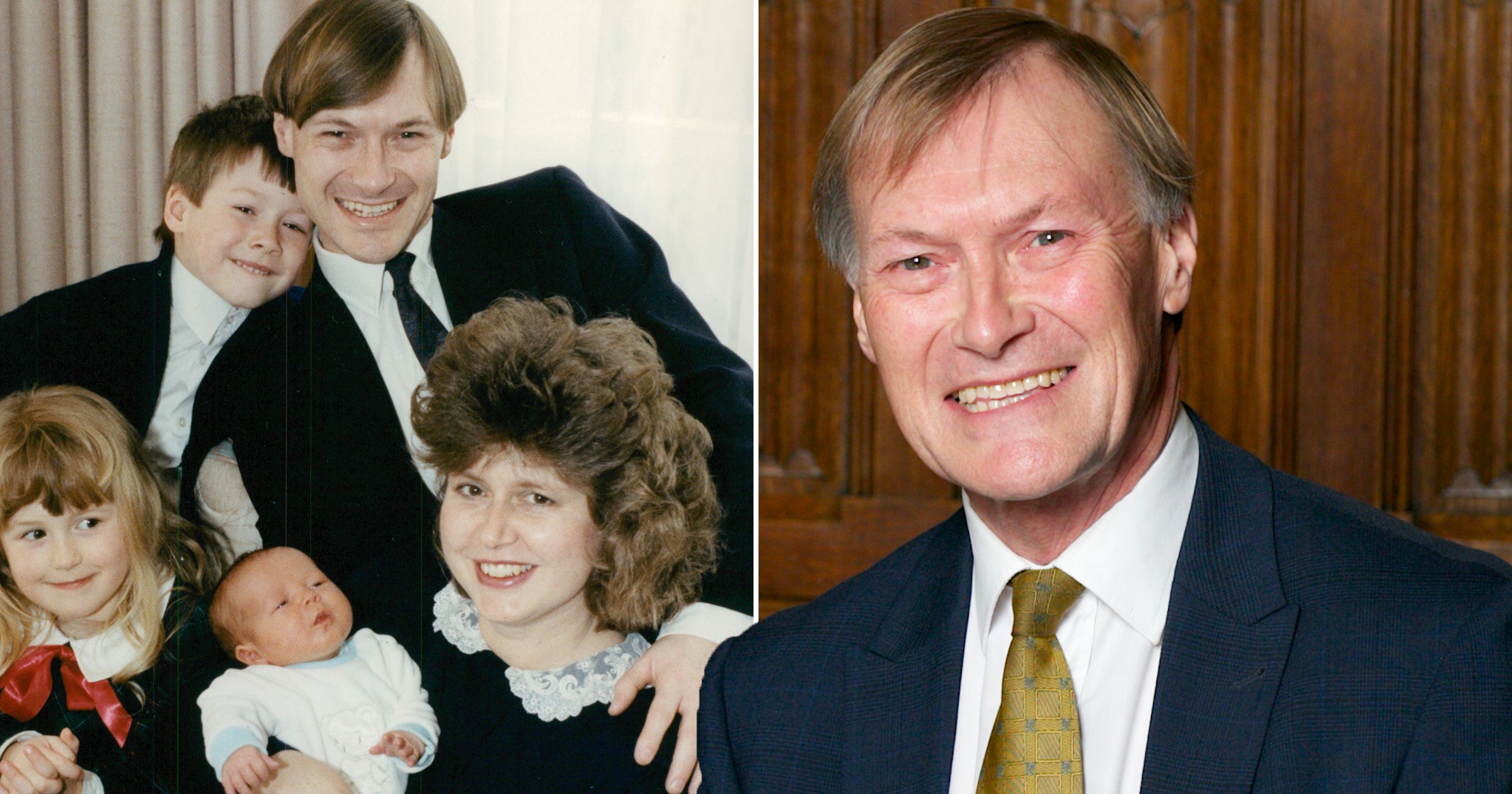 Footage from a decade ago shows Sir David Amess describing how his family ‘pay a big price’ for his career as an MP.

The video clip is sadly resonant this week, after the veteran MP, first elected in 1983, was stabbed to death during a constituency surgery on Friday.

It emerged today that he had given an interview to a sixth former for an A Level project in 2011 where he mentioned the difficulties of life in the public eye.

The ‘impact on one’s private life’ is ‘very, very tough indeed’, he told Alex Bright, a student who went on to work with him as a councillor in later years.

Sir David, who represented Southend West in Essex, said: ‘All I will say is, my family has paid a big price for me being a member of Parliament, that bears no doubt.’

Elsewhere in the amateur documentary, called Are MPs Worth their Salary?, he added: ‘I could have earned a great deal more money, had a private life, without what being a member of parliament entails. I’m not asking for any sympathy though, because it’s up to you whether you want to run for office.’

The documentary came to light after Mr Bright spoke to the Sunday People.

He praised the MP for his generosity in helping him out as a young student and described him as a ‘gentle’ person, saying he could not fathom how he had been targeted in such a way.

The father-of-five had attended one of his daughters’ weddings just a month ago.

Today, Home Secretary Priti Patel said that MPs could be offered further security protection while appearing in public, with police officers potentially stationed at the entrance to an MP’s surgery in future.

Other measures could include scanning all participants of constituency surgeries for weapons, if police deemed it necessary.

Sir David’s death on Friday was the second time in five years an MP has been killed while doing their job after the death of Jo Cox in 2016.

Appearing on Sky News’ Trevor Phillips On Sunday programme, Ms Patel was asked whether it was time for MPs to be offered similar protection to that which she’s been given as home secretary.

She replied that the Speaker of the House of Commons has ‘already put in a range of measures’ to safeguard MPs after Friday’s attack.

She added: ‘Within that there are other options that are being considered, such as when you hold your surgeries could you have officers or some kind of protection while you’re holding you surgery?

‘Now it’s not for me to determine the mechanism for that right now but there are discussions under way right now looking at a whole spectrum. That’s only one example, and there are others as well that are actively under consideration right now.’

Many MPs have spoken out about the threats and abuse they receive.

Former Conservative minister Tobias Ellwood said after the attack on Friday that MPs should be able to meet with constituents over Zoom instead of in person, as the risks had become too great.

Sir David, 69, was meeting constituents at Belfairs Methodist Church in Leigh-on-Sea on Friday afternoon when he was stabbed multiple times.

A man arrested at the scene on suspicion of murder was later further detained under section 41 of the Terrorism Act 2000 and is in custody at a London police station. The 25-year-old has been named in the media as Ali Harbi Ali.