A British scientist has been awarded the 2020 Nobel Prize in physics.

One half of the 10 million Swedish kronor prize (£866,000) has been given to Sir Roger, and the other half is jointly shared between Professor Genzel and Professor Ghez. 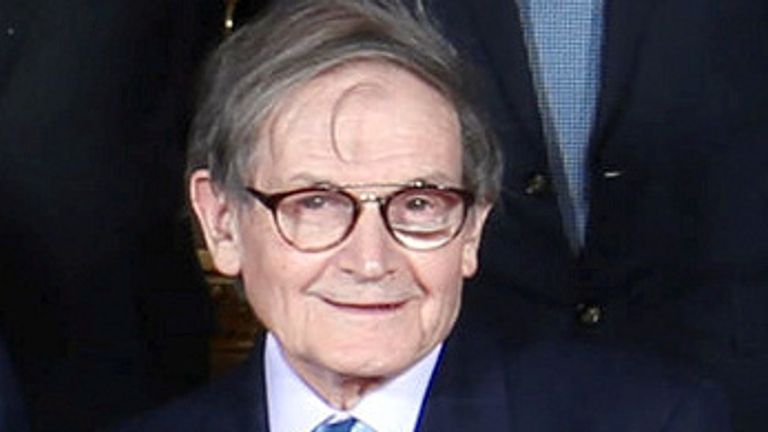 The 89-year old Briton, a professor at Oxford University, proved with maths that the formation of black holes was possible, basing his work largely on Albert Einstein’s general theory of relativity.

The Royal Swedish Academy of Sciences noted physicist Einstein did not himself believe that black holes really exist.

Since the late 18th century, scientists have wondered whether any object existed in the universe that would exert a gravitational pull so strong that light may not be able to escape.

Einstein predicted in 1915, in his general theory of relativity, that space and time would be warped by the force of gravity.

But it was not until 1965 that Prof Penrose proved black holes can really form – describing them in detail and stating that, at their centre, time and space cease to exist.

The Nobel Prize panel said: “His groundbreaking article is still regarded as the most important contribution to the general theory of relativity since Einstein.”