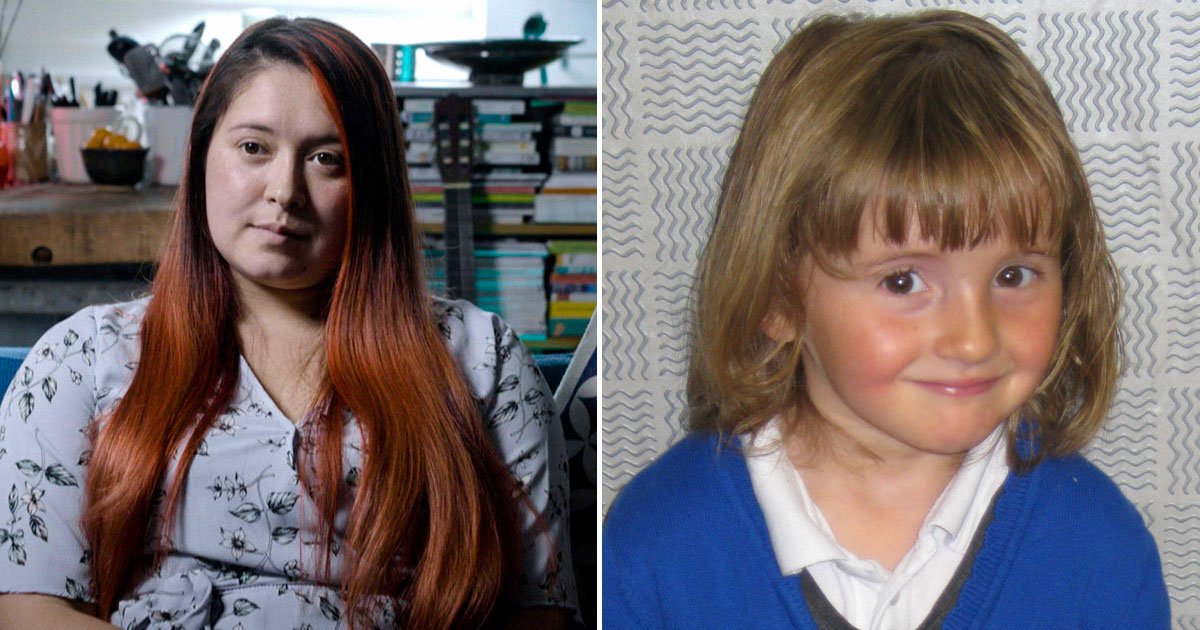 The sister of murdered schoolgirl April Jones has spoken about her everlasting pain ten years later.

Paedophile abattoir worker Mark Bridger abducted the five-year-old as she played with friends outside her home in Machynlleth, Wales in 2012.

It sparked the biggest manhunt in British police history, but despite a national search to find April, her body was never found.

Speaking in a Channel 4 documentary airing next week, sister Jazmin, now 27, said: ‘When she went, the whole thing just collapsed, our family was fractured.

‘Things are better now but, from that night, I didn’t have a mother. I had just lost my sister, and then I lost my mother too.

‘I had to grow up overnight. I was on my own, really, trying to look after my little brother (just ten at the time), trying to help my dad.’

Jazmin’s mum Coral spoke of the devastating impact of realising what Bridger did to her daughter, who was born with cerebral palsy.

‘He abused her,’ she said. ‘They found her DNA in his pants. Then we think he chopped her up and burnt her, after whatever he did to her.’

The sickening extent of Bridger’s crime are unthinkable, but Jazmin said she ‘needed’ answers to try and cope with the loss.

‘When you don’t have them you go to the worst-case scenario,’ she said. ‘What you are imagining is so terrible that anything is better than that.’

Jazmin also revealed Bridger had attempted to add her as a friend on Facebook before he kidnapped April.

Detectives later found he had downloaded photographs of Jazmin and her younger sister, prompting fears he had become obsessed with the two.

‘It makes my skin crawl,’ she said. ‘I don’t want to think about it.

‘I want to believe she was in the wrong place at the wrong time, but if that was the case, I would have swapped places with her a million times over. I would have taken her place.’

One of the most heartbreaking things Jazmin had to deal with after April’s murder was she still had to sleep in the room they shared.

‘Her teddies were all at the bottom of her bed. Her clothes, toys, DVDs were all over the place,’ Jazmin said.

‘Every morning I’d wake up and in that time before you are completely awake, I’d look over expecting to see her.’

Ten years later, Jazmin said she can no longer recall April’s face unless she looks at a photograph.

‘I can’t remember how tall she is, how her voice sounds,’ she added.

Bridger will spend the rest of his life behind bars after being given a whole-life sentence in 2013.