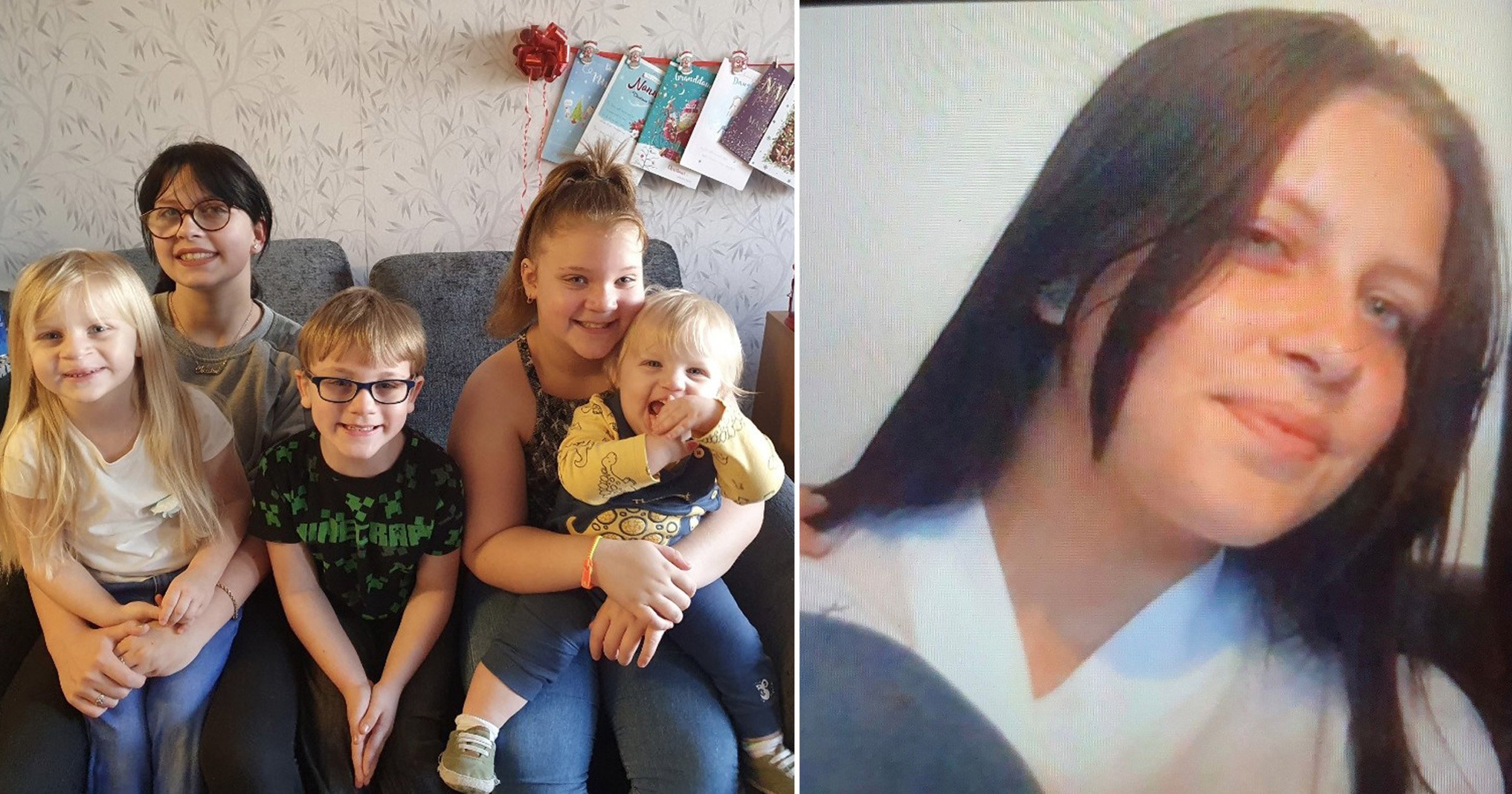 The sister of a 15-year-old girl who died from Covid-19 has said she’s in ‘complete shock’ after losing her sibling.

Jorja Halliday, 15, from Portsmouth, died at the Queen Alexandra Hospital on Tuesday after testing positive for coronavirus on September 26.

She was due to be vaccinated on Tuesday but was unable to because she was self-isolating.

Her younger sister Julie, 12, has spoken about the huge impact the tragedy has had on her family and says she now cries herself to sleep every night.

Julie got to say her final goodbye to her sister in hospital after her condition had deteriorated, Sky News reported.

She said: ‘We started bursting into tears.

‘We sat down, held her hand and gave her hugs and kisses, and I gave her a matching teddy so me and and her have got matching teddies.’

Jorja lived in Portsmouth with mum Tracey, 40, and had four younger siblings.

Tracey said Jorja first developed flu-like symptoms before she underwent the PCR test which gave a positive result, leading to her isolating at their home.

She said that Jorja was struggling to eat last Sunday but by Monday she could not eat at all due to her throat hurting.

Tracey said she contacted a doctor who prescribed antibiotics but when Jorja’s condition worsened she was seen by a doctor who said her heart rate was double what it should be and she was taken to hospital.

She said that Jorja did not have any known underlying medical conditions.

Tracey, who turned 40 last week, added: ‘They realised how serious it was and I was still allowed to touch her, hold her hand, hug her and everything else.

‘They did allow me that. I’m at the point where I can’t comprehend that it’s happened.’

Tracey said: ‘She was going to have the jab on Tuesday. But because she tested positive on Saturday she was isolating.

‘When her isolation period was over she was going to get it.’

Jorja, a Portsmouth Academy student, was a talented kickboxer and an aspiring musician.

Her martial arts teacher, Badr Bahaj, described her as a ‘role model’ to fellow students at the AG Martial Arts centre in Portsmouth.

He said: ‘All the kids knew her and loved her and she was a role model to so many.

‘It’s a shame and absolutely gutting.’